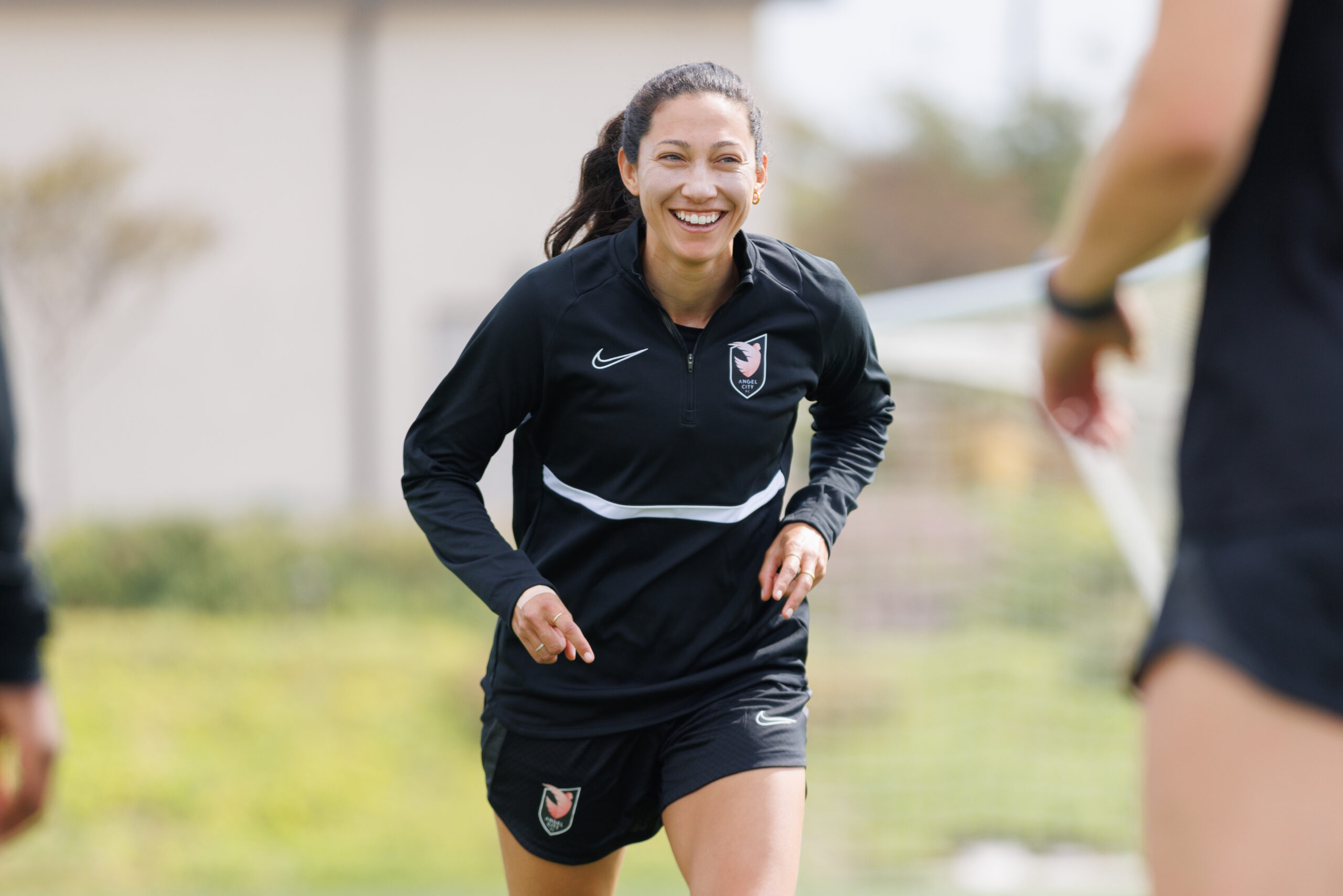 Welcome to The Equalizer’s 2022 team-by-team National Women’s Soccer League previews! As the league continues to grow, a challenge for an outlet like ours, which has been covering women’s professional soccer for 13 years, is to lower the barrier of entry for new fans while still serving the longtime fans who want more depth. So, we’re aiming to do both here!

New fan? We’ll give you the high-level, thousand-foot view of what you need to know about each team. Already following the league and a specific team? Let us take you through the weeds with some more specific information. And whenever you are ready for daily, in-depth coverage of the NWSL, the United States women’s national team and more, you should subscribe to The Equalizer Extra.

We’ll do this in alphabetical order over the coming week, in preparation of the Challenge Cup kicking off on March 18. First up:

Well, everyone is new here. Angel City FC, if you couldn’t tell, is based in Los Angeles and absolutely lives up to the Hollywood vibe, with a who’s-who ownership group headlined by Natalie Portman (and including several other major actors). I have literally lost count of the exact number of investors Angel City FC has, but it numbers in the dozens. In short, this is a team making a lot of noise off the field as it aims to rewrite the way women’s sports are marketed and sold. The 14,000 season tickets they say have been sold indicate that they are already doing that. If that is the baseline for home attendance, they should lead the league in that category in year one. Talk about a paradigm shift…

On the field, you’ll recognize Christen Press, the longtime United States women’s national team forward who was the team’s first official signing. She is also a SoCal native, and she will be the face of the team, as well as its primary goal-scoring threat. If Press has a big year, Angel City should, too.

Ironically, the rest of the team’s roster is not one abundant in star power. There are very good players who could shine brighter with even bigger opportunities — Simone Charley, acquired from the Portland Thorns, comes to mind, along with 2022 Olympic gold-medalist Vanessa Gilles from Canada — but this is very much a roster built on a mix of experience and potential.

Contributing to that is the mysterious absence of U.S. international Julie Ertz. Angel City clearly banked on building around her when they traded for her rights in late 2021, but Ertz has not signed with the team and the team says they don’t expect her to play this year. What Ertz’s plans are remain unknown even to many behind the scenes. Her absence, combined with a major injury to Sarah Gorden (acquired in that same trade with the Chicago Red Stars), leaves some gaps to fill in the back.

OK, so you knew all that already and skipped right to this section. Let’s get nerdy!

Like so many teams entering 2022, it is yet unclear how exactly Angel City wants to play. Having 11 of 12 coaches starting their first full season with their respective teams will do that to a league. We do have some basis for understanding this expansion side, however, because Freya Coombe is at the helm. She was in charge of NJ/NY Gotham FC (formerly Sky Blue FC) from late 2019 through the middle of last season, when she left for this job. Unfortunately, a bulk of that time was in the pandemic, and thus 2020 was something of a wash. We saw glimpses of how she was trying to evolve that team, but we never saw a final product over the course of a full season. Coombe left Gotham rather abruptly and on the heels of experimenting with a three-back. This is a big season for her as much as it is her players.

How will they line up? Press will be the focal point up top, and given the relative depth in that position — from Jun Endo and Charley to Jasmyne Spencer and Tyler Lussi — it is reasonable to assume a three-front, which Coombe mostly utilized at Gotham. The midfield gets interesting, with Cari Roccaro and Dani Weatherholt having very similar profiles, and Katie Cousins and Stefany Ferrer Van Ginkel unproven in the NWSL space. Ferrer joins from Tigres and could be a creative answer in the No. 10 role. The wild card, then, becomes how Savannah McCaskill fits in if she is not in the 10 role.

What should have been a strength in the back is now something of a question mark with the absences of Ertz and Gorden. Gilles is poised to be a great defender in this league, and Paige Nielsen has largely proven that already. Ali Riley brings international experience at fullback. The biggest question here is going to be depth over the long haul of a season, especially with Gilles missing at least some time to play for Canada. DiDi Haracic will be the starter in goal.

Is this a playoff team? Who knows! It is certainly a team we should expect to be competitive, and in the grand scheme of such widespread roster deconstruction and coaching turnover, this the best possible year for an expansion team to try to make some noise out of the gate. Their new neighbors to the south, in San Diego, will hope to do the same.

Players interviewed her. She learned from them. Jessica Berman on becoming NWSL commissioner
Chelsea need to figure out how to chase games if they are to reclaim FAWSL title