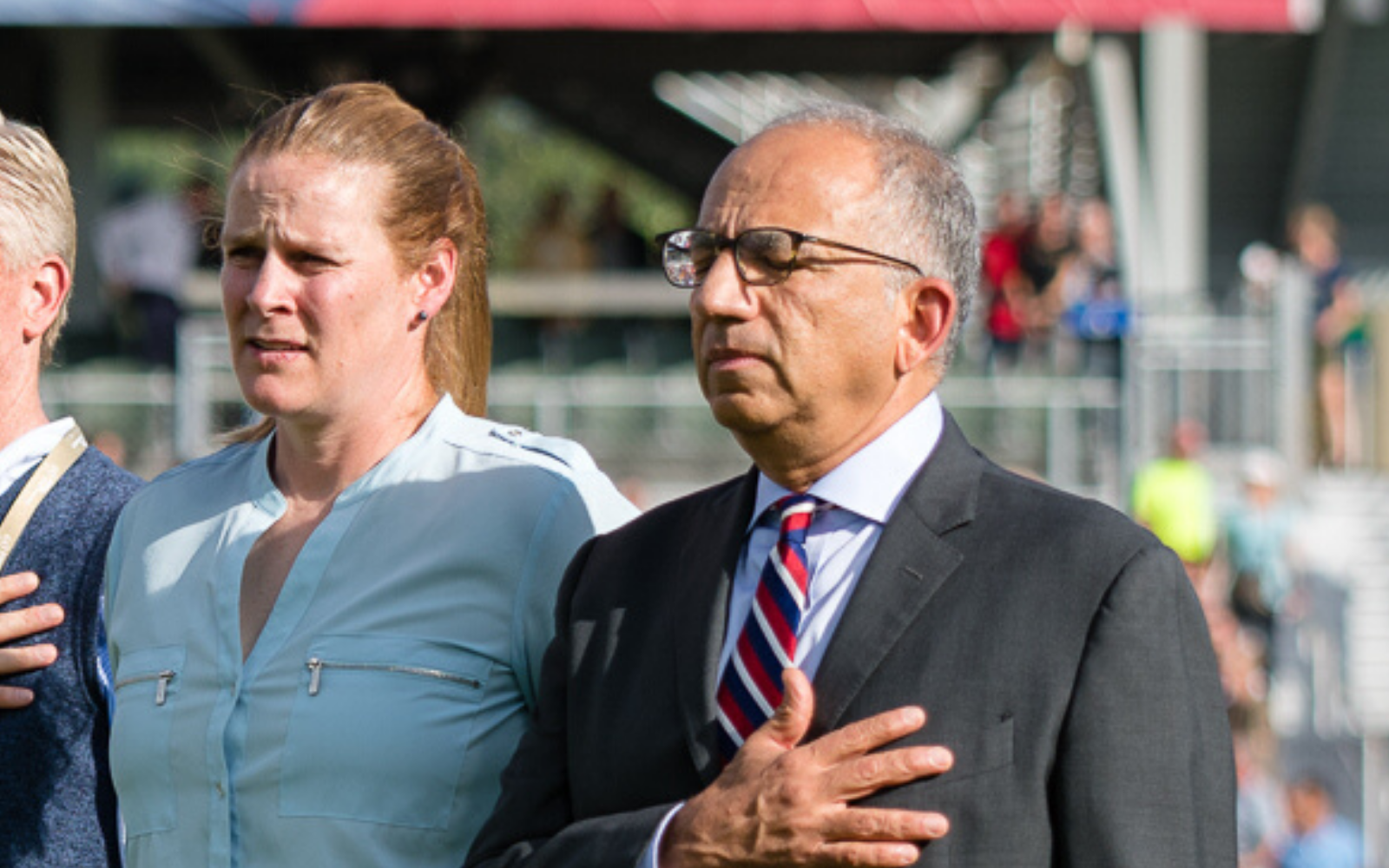 Saturday marks another presidential election for the United States Soccer Federation, and while it is hard to call it the most unique yet given how things went in 2018, the circumstances are again remarkable.

Only two candidates — down from the free-for-all of eight eligible candidates four years ago — are up for election this time, and they each represent incumbency in their own way. Cindy Parlow Cone is running for re-election against Carlos Cordeiro, the president she replaced in 2020 after he abruptly resigned following the public exposure of U.S. Soccer’s legal arguments in the equal pay lawsuit, which were widely deemed as sexist and demeaning. Parlow Cone was the vice president at the time and took over to finish Cordeiro’s term. She ran unopposed last year to confirm she would finish out Cordeiro’s four-year term.

Cordeiro is running to retake the seat after, he says, receiving an overwhelming number of inquiries to do so from U.S. Soccer members unhappy with current leadership and concerned about the federation’s future. In short, this election is the incumbent president running against the former president (and her former colleague), each of whom were also previously vice presidents. Most people on the inside agree that, only days before the election, it is too close to call.

Saturday’s vote is straightforward in a way: A simple majority will win the election. That is a stark difference from two years ago, when the eight-candidate ballot went three rounds and was mostly a two-horse race before voters swung from Kathy Carter to Cordeiro, who was previously the vice president to Sunil Gulati.

That means this vote could happen very quickly. Saturday’s National Council Meeting (which is the climax of the days-long Annual General Meeting) in Atlanta is set to run start at 10 a.m. ET. There are other agenda items, so roughly noon ET is a more realistic time for voting to get underway, perhaps a little earlier. (Sometimes the public comments portions of these meetings can get a little…interesting). While the AGM itself is in Atlanta, the meeting and vote are virtual (and utilize a secret ballot).

Voting in the election are members of U.S. Soccer’s National Council, which is a lengthy list of state youth and adult associations, Athletes Council members, board members, lifetime members and other delegates. U.S. Soccer’s entire election process, with links to definitions of members, can be found here.

Some things to know here: The Athletes Council makes up one-third of the vote, which is required by law (U.S. Soccer is a national governing body). The youth, adult and professional councils then each get 20% of the weighted vote, giving them equal power in theory. That leaves a single-percentage number for representation from other parties.

Where this gets complicated is the multiplier, which is applied based on the Athlete Council’s delegates. You can go in the weeds on that in the official bylaws.

Parlow Cone’s one-word platform is “forward,” which makes a lot of sense as a position to take. She points out that electing Cordeiro would be going back to a previous president who left in disgrace. Parlow Cone also has the benefit of recent, tangible evidence to back that up, having overseen the recent settlement of the six-year long equal pay lawsuit with the U.S. women’s players — the same lawsuit which was the center of Cordeiro’s resignation. She is also trumpeting the recent news of a new, eight-year media rights deal signed with Turner Sports to show she has business chops, too.

Plenty of high-profile people within the U.S. Soccer community have spoken up in support of this forward-thinking platform, with heavy-hitters like Alan Rothenberg going on the record to question why Cordeiro wants to return.

Parlow Cone says she will increase communication, transparency, and diversity and inclusion within the federation. Her full digital platform can be found here.

Cordeiro has a strong business background as a former Goldman Sachs partner, and he makes that case by highlighting his role in acquiring the upcoming 2026 Men’s World Cup, which the U.S. will co-host with Mexico and Canada. He says that the future of the federation at large depends on leveraging that event — along with others to complement it that he wants to bid on or create — at all levels of the game.

Much of this, he has said recently, requires mending relationships with FIFA and Concacaf, which he says have eroded under Parlow Cone’s leadership. He directly called it a mistake, in an interview with ESPN, and said he would work on deepening those relationships at a regional and global level. In September, Cordeiro accepted an unpaid FIFA position as a senior advisor to the president. He then resigned from the U.S. Soccer board, which he remained on as a past president per his rights in the bylaws.

Cordeiro’s promise is better leadership and governance, along with a more lucrative future for the federation. U.S. Soccer took substantial financial hits over the past few years, although it should be pointed out that a major factor in that (beyond the pandemic) was mounting legal fees in the equal-pay fight. His full digital platform can be found here.

How are voting blocs looking?

This election is expected to be close, even if a couple of areas seem obvious. Parlow Cone certainly has the backing of many current players (see Megan Rapinoe’s recent comments as an overt example), but it should be noted that the Athletes Council is a group of 23 athletes (current and former) who represent players at large. They appear to be mostly in Parlow Cone’s camp, but they might not vote in a bloc.

State associations, however, look to be backing Cordeiro. There is a perception that Parlow Cone only cares about the national teams (which she has, obviously, regularly rebutted; she has also been a coach at the youth level for some time), and at least part of that comes from her unfortunate timing of stepping into the presidency in the days prior to the world shutting down for the COVID-19 pandemic. She was tasked with making financial cuts, and they hit member associations the hardest, most notably in the form of U.S. Soccer folding its Development Academies.

Saturday’s meeting is also virtual, which feels commonplace now, two years into the pandemic. That means there is no in-person, in-the-moment lobbying for votes — a crucial component to Cordeiro getting elected in the third round of voting in 2018. He persuaded swing voters who saw there was not a path forward to elect Carter, who they had previously backed.

How will a virtual meeting affect the way people vote? Or will it at all? With the two-candidate, simple majority system, this could be less of a factor, but it is a quirk, nonetheless.

We’ll get an answer on Saturday, and that person will step into (or remain in) the U.S. Soccer president role immediately. With a term that will run right up near the start of the 2026 Men’s World Cup, it will be a defining moment for the federation. And it’s worth nothing that such consequences don’t just exist at hyper-visible levels. This election has ramifications for soccer at every level in the U.S., from youth to adult, and amateur to professional, national teams, and everything in between.

The Equalizer Podcast: SheBelieves Cup recap
From titans to newcomers, the 2022 Africa Women Cup of Nations field is set