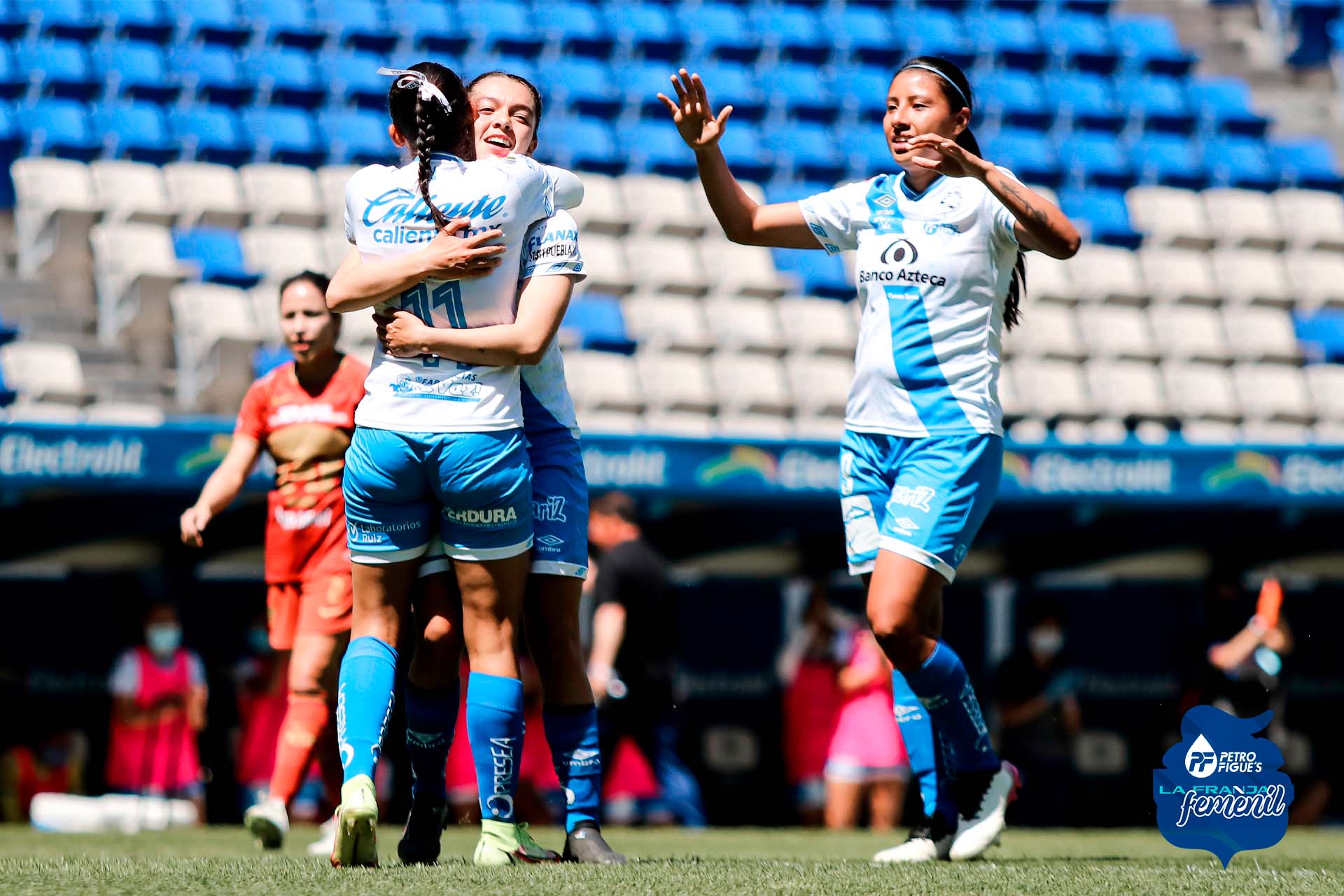 After a short international break — which saw two make-up matches take place — Liga MX Femenil made its return this past weekend. A large chunk of stars were representing Mexico in the nation’s big victories over Suriname and Antigua and Barbuda. And, some other internationals from the league were called up to their respective squads, including Valeria del Campo from C.F. Monterrey.

Could the international break be to blame for some slow showings from the top teams this past weekend? Take a look at what happened in Week 8 Clausura competition.

Monica Monsiváis scored a hat-trick in C.F. Monterrey’s crushing 5-1 victory over Atlas. Monterrey has been on a roll this season, as the Week 8 victory is their third win with four or more goals scored. Monterrey is in the lead with a three-point cushion on the table, and are now even on matches played, taking on Queretaro on Feb. 21 (that match was supposed to be Week 1, but was postponed due to COVID cases on the Rayadas team).

Rebeca Bernal scored first off a volley inside the box after two great saves from Atlas goalkeeper Ana Paz. However, Paz couldn’t get up quick enough after her second save, leading to the opening Monterrey goal. Atlas quickly equalized, courtesy of a Claudia Ibarra goal at the top of the box. However, Monterrey re-took the lead once again, with Christina Burkenroad chipping one over Paz from about 35 yards out, in the 29th minute.

Monsiváis scored all of her goals in the second half, within 11 minutes of action. Her reign over Atlas began in the 73rd minute, picking up the ball and shooting in an empty net as Paz and defender Stephany Anaya collided into each other. The referee whistled for the match to play on, allowing Monsiváis to score, after the ball bobbled and hit Anaya’s hand twice.

Monterrey is currently steamrolling their competition. Next up for Rayadas is Club Leon, while Atlas will look to bounce back against a struggling Club Tijuana side.

Puebla stunned Pumas with a 2-1 victory at home on Sunday. The loss brings Pumas down to 11th place, and despite it only being in the middle of the season, the loss could come back to haunt Pumas down the road.

Puebla scored both goals in the first half. It took five minutes for Dulce Martínez to get on the scoreboard, scoring off a corner kick header. The kick was taken by Mirelle Arciniega and snuck back to Martínez, who got a friendly bounce from the post and in goal. Verónica Martins scored in the 22nd minute to double the lead with a one-on-one chance against Pumas goalkeeper Melany Villeda. Martins slipped the ball through Villeda, earning the nutmeg and the goal.

Pumas did attempt to mount a comeback, though. Stephanie Ribeiro scored right before the halftime whistle blew, in the 42nd minute, off a volley to herself after a long-range pass. However, Pumas could not muster up enough for another tally to equalize.

Club América blanked Mazatlán in their home victory on Monday night. Katty Martinez scored back-to-back goals for a brace. However, it was Scarlett Camberos, who played collegiately at the University of California: Irvine, that scored the opener. In the 51st minute, Camberos scored off a strike at the top of the box, hitting the ball so hard she flipped backwards after firing the shot. Camberos signed with América in December 2021.

Then, it was the Katty Martinez show. In the 65th minute, Martinez scored after an errant back-pass from Alejandra Escobedo inside the penalty area to goalkeeper Alondra Ubaldo. Martinez quickly intercepted the ball and shot in net. A minute later, Martinez had an easy tap-in goal after having the ball fed from Chicago Red Stars loanee Sarah Luebbert.

A-League Women: Young Australians who could move abroad soon
From titans to newcomers, the 2022 Africa Women Cup of Nations field is set