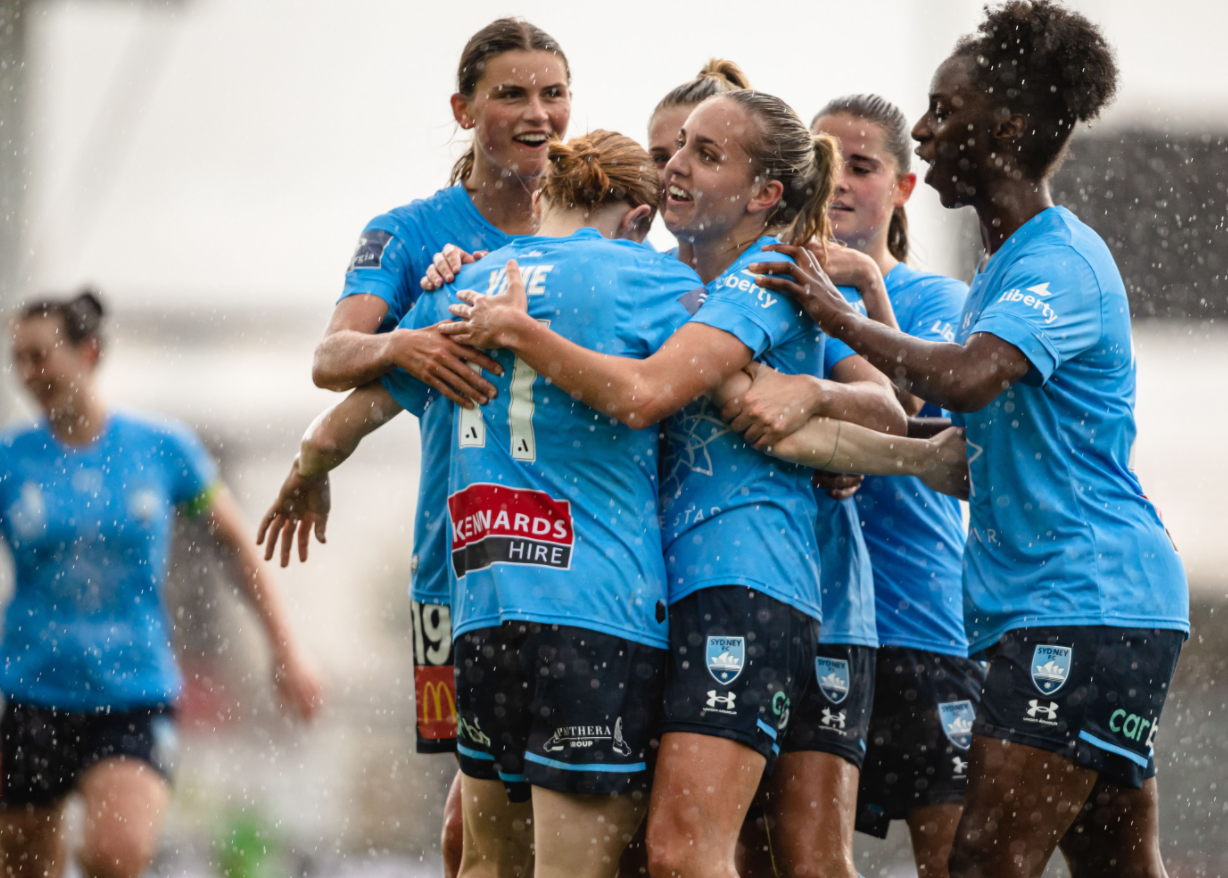 We look at seven young Australian players who could be the next to go abroad for their professional careers, joining the likes from last season of Adelaide United’s Dylan Homes (who played with Hacken in Sweden in 2021 before returning to Adelaide to end the A-League Women season in Australia), Newcastle Jets’ Tess Tamplin with Servette —both of whom played in the 2021-22 UEFA Women’s Champions League group stage — and Melbourne Victory’s Angie Beard, who is with Fortuna Hjorring in Denmark and was capped twice last year by the Matildas, including once against the U.S. last November in Sydney.

Vine has been a key to Sydney FC’s rampant attack this season (with a league-leading 35 goals), scoring six goals and was selected for the Matildas Women’s Asian Cup team last month, where she made her full international debut. She has been mentioned by agents and coaches abroad who are interested in trying to facilitate her first move overseas.

The tall striker — she’s six-foot-two-inches — has scored five goals each of the past two seasons and is a quick front runner who can also play on the wing. She has been capped at the youth and full level by Australia and is of Nigerian heritage and thus could still play for the latter side, if she were approached and interested, per FIFA rules. Nigeria is currently being coached by American coach Randy Waldrum.

Pollicina has been a revelation in attack this season for Melbourne City, scoring six goals. The key question is does she stay another season with City and the New South Wales state league, where she has been a fixture for years, or venture abroad at the end of the A-League Women campaign. This offseason could be her time to make a move abroad.

Dawber has been so critical to Adelaide United’s exciting playoff quests the last two seasons, scoring 15 goals in total. Adelaide sent Emily Condon to Sweden last season and Mary Fowler to Montpellier in France in 2019-20; Dawber would be a huge catch by a top European or NWSL side.

Goalkeeper Aquino has flourished this season at her hometown club after a season at Brisbane Roar and has certainly increased her visibility among followers of the league. Keepers typically move abroad later in their careers but, if she finds a club where she could play regularly, a move might be advantageous for her.

Cooney-Cross has not scored as often this season compared with 2020-21 (one vs. six goals) but she is still hugely influential on the wing with her passing and assists. She has been talked about in the Nordic countries by professional coaches for a few years. A move could help grow her stock with the Matildas, who are still prioritizing utilizing players with clubs abroad.

The second year Jets forward could be in with a move abroad for the first time; a North American coach recently mentioned her as a prospect in a phone conversation. She has scored two goals for a team that has scored only 14 to date.

In a game postponed from Round 8, Canberra United jumped out to a 2-0 lead by halftime with goals by American Chelsee Washington (her third of the season) and former Matilda Michelle Heyman (her fourth). Victory fought back to tie the match 2-2 on Feb. 22 with an 81st minute running header into the goal from Japan-based loanee Alex Chidiac and then a 91st minute goal from midfielder Tiffany Eliadis, her second of the season in her sixth year with the club. Courtney Nevin provided the assist on both Victory goals.

Early in the second half, American forward Cat Zimmerman was fouled in the penalty area but Maja Markovski’s penalty kick was saved by Canberra’s 17-year-old keeper Chloe Lincoln, playing in just her fourth A-League Women match. Lincoln, who was a scholarship player to start the season, stepped in when starter Keeley Richards was substituted for a knee injury in their 3-3 draw with Perth Glory earlier this month. Melbourne Victory stumbled again in this match and has only two points from their last three matches, which tightens up the race for a playoff spot with chasing Perth Glory.

Brazilian-born Mariel Hechel scored the only goal of the game in the 26th minute, assisted by American forward Shea Connors, to give Brisbane Roar a 1-0 away win over Melbourne City on Feb. 24. Emma Checker, who has played abroad in South Korea, France and Iceland, had two excellent chances to tie the match in the dying minutes, with one striking the Roar woodwork. It was only Brisbane’s third win of the season and prevented City from temporarily going to the top of the table while snapping their four-game winning streak.

Michelle Heyman had two goals and an assist in the first half to power Canberra to a 3-0 win at home over Newcastle Jets on Feb. 25. Heyman now has six goals on the season. The Greens are undefeated in their last three matches (two wins) and five of their last six games, which should be a solid platform to build on for next season.

On a historic Saturday in the City of Churches on Feb. 26, Adelaide United defeated Melbourne Victory 3-0 to clinch their first ever Finals’ playoff appearance in the club’s 14-year history. English native Fiona Worts scored a hat-trick for all of the scoring and took a sizeable lead in the Golden Boot race, now sitting on 13, while teammate Chelsie Dawber and Melbourne City’s New Zealand international Hannah Wilkinson are joint second with 10 goals.

Cortnee Vine scored twice for Sydney FC in their 3-1 win over Perth Glory on Feb. 27 in a game held in Tasmania. Vine now leads the club with six goals. Sydney is well placed to clinch the Premiership title next week. Aideen Keane’s (20) first A-League Women goal in two seasons for Perth denied Sydney goalkeeper Jada Whyman her tenth shutout of the season.

Rising waters from Sydney’s Parramatta River which increased the surrounding water table, resulted in CommBank Stadium’s surface being unable to drain and unfit for play, resulting in the postponement of the Feb. 28 match.

Looking Ahead: Round 14 Matches

Tuesday, March 1: Melbourne City entertains Newcastle Jets at 3:05 am — live streaming on YouTubeTV (postponed from Round 5).

Friday, March 4: Wellington Phoenix versus Perth Glory at 1:05 am — live streaming on YouTubeTV.

Monday, March 7: Brisbane Roar versus Newcastle Jets at 3:05 am ET — live streaming on YouTubeTV (postponed from Round 8).