On and off the field, Purce is pushing for progress 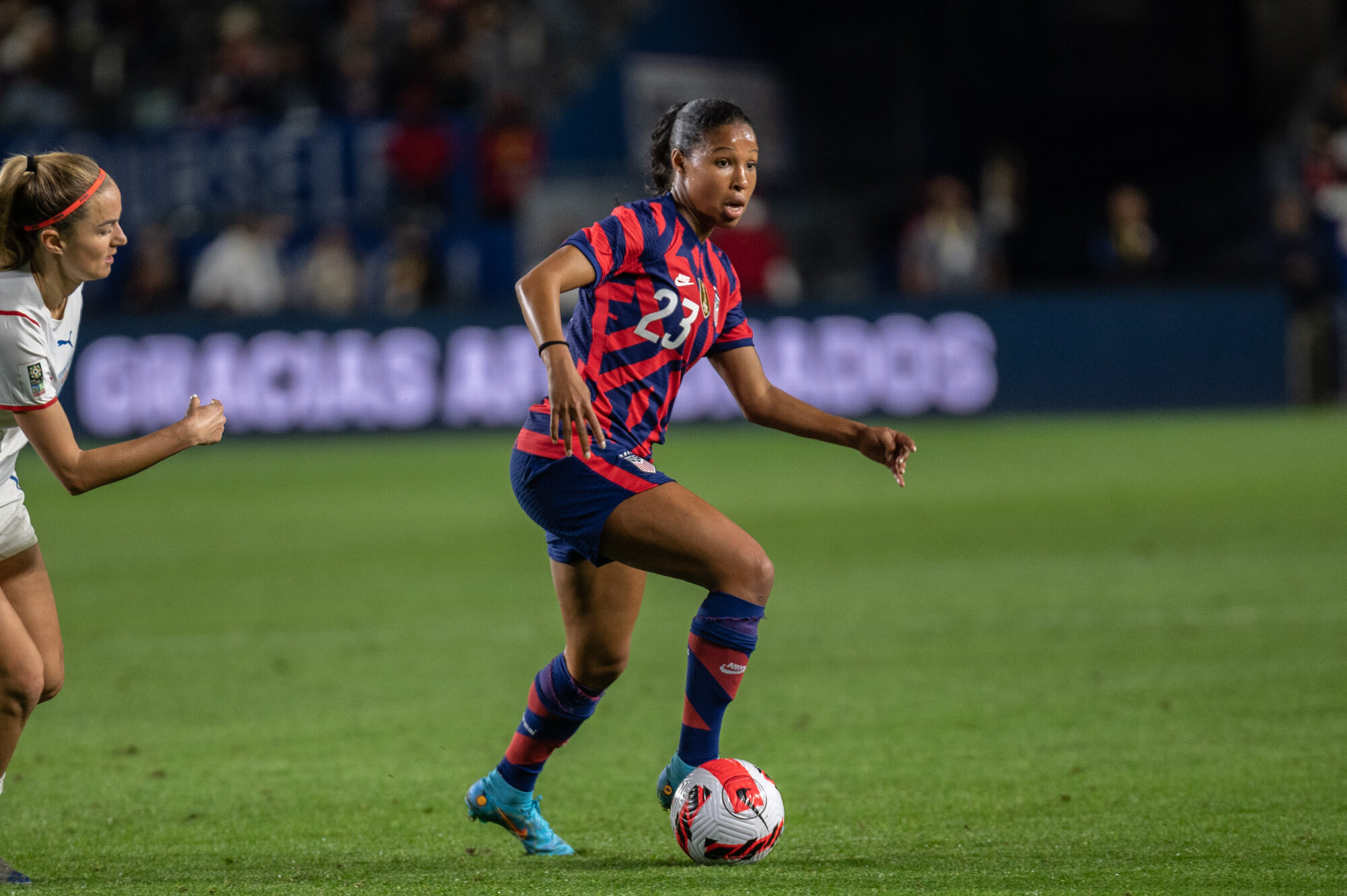 Undervalued. That is the word which comes to mind for Margaret “Midge” Purce when she thinks about her story, and those of her teammates and colleagues across the National Women’s Soccer League.

There are great narratives out there, she says, which remain untold. So, like she has done before, Purce is doing something to change that. She is a co-founder of the Black Women’s Player Collective, a non-profit 501(c)(3) organization whose goal is “to advance opportunities for black girls in sport and beyond.” The BWPC is helping to tell the stories of Black women’s professional players — authentic, unfiltered stories in their own voice. The BWPC is expecting to release a docu-series soon which details the journeys of five of its founding members.

Purce was also the subject of a short collaboration video with EA Sports, maker of the popular video game series FIFA, which was meant to spotlight all that she does on the field — from leading NJ/NY Gotham FC’s front line, to pushing for a regular place with the United States women’s national team — and off it. Purce has come to recognize the importance of telling her own story.

“I want to make sure that I articulate the true meaning and significance and inspiration behind everything,” Purce told The Equalizer. “I get nervous that I’m not going to it justice. But it’s better to be heard than be underwhelmingly inaccurate.”

The BWPC recently teamed up with Adidas and other partners to begin installing 12 mini soccer pitches across the U.S. to increase access to the game for young girls. Players are also working with Voice in Sport to connect with the younger generations.

“We mentor girls one-on-one, which is just kind of a crazy thing to think about, when I think about myself being a kid and having a professional athlete jump on the phone with me,” Purce said.

Their efforts come at a critical time in the sport, Purce admits, given the scandals which shook the NWSL last year and the multiple business items shaping the future of the league, the national team, and the sport. There is an equal pay lawsuit between U.S. Soccer and its women’s national team players which just reached a settlement agreement after a six-year battle. Those two parties still need to reach a new collective bargaining agreement; the NWSL just ratified its first.

Through all that, Purce says the goal of the BWPC has been to empower its members’ individual voices.

“Something that we try to make very clear is that, while we are a group of Black women who are united in a common goal of elevating the worth, value and representation of Black girls and women everywhere, we’re also not a monolith,” she said. “So, we allow all the players individually to pursue their feelings and their thoughts towards things like a CBA in their own capacity. We are not trying to warp anyone’s views or quiet their thoughts in case they may be different.”

The organization already has its full year of events planned out for 2022. As simple as that sounds, Purce says, it is progress.

“It’s been an overwhelming time in the soccer world,” she said, “so I’m just really proud of the commitment that everyone has put forward into the BWPC and making sure that it is still running and we’re still producing something to give back to people.”