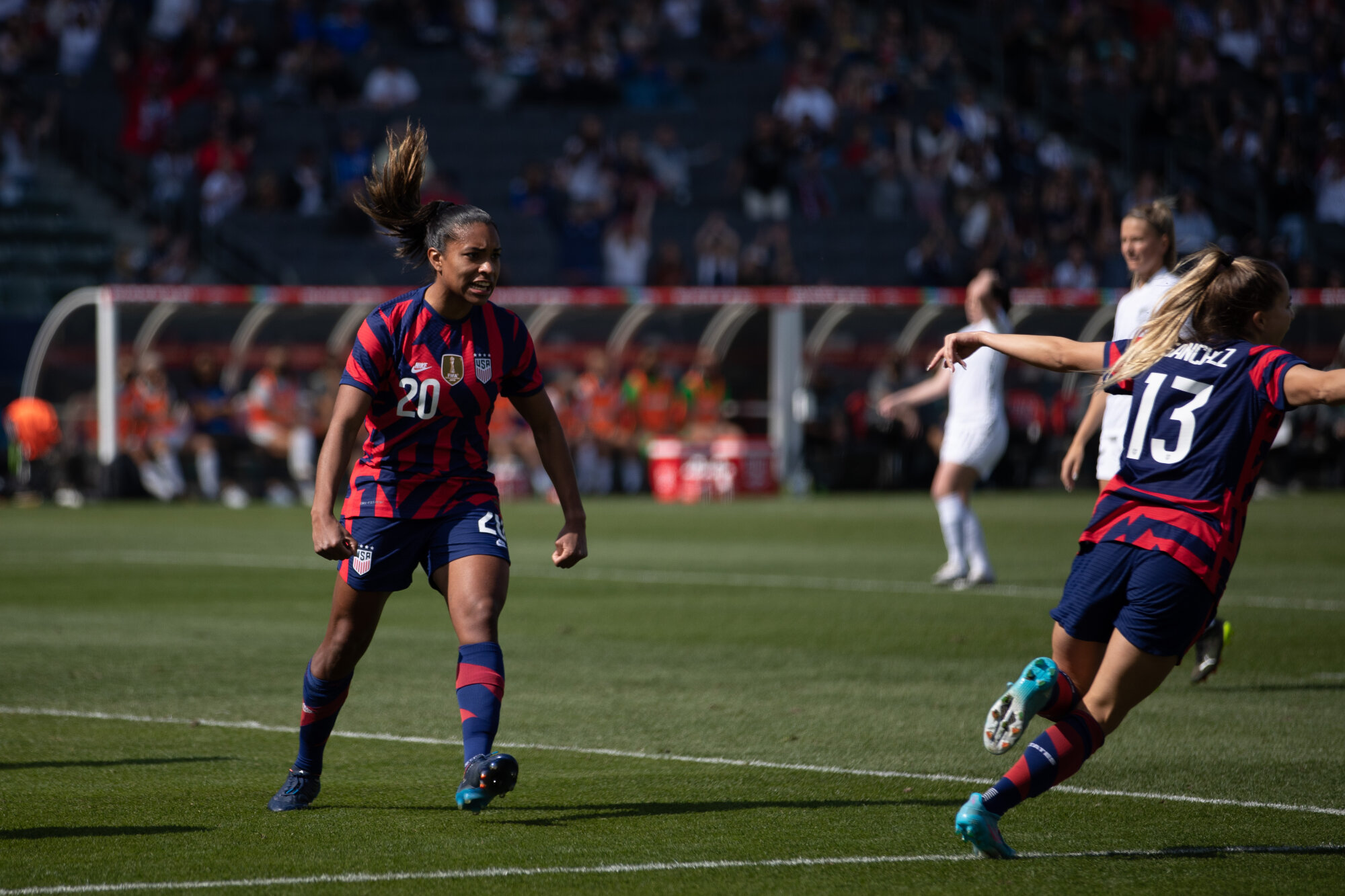 Catarina Macario is the focal point of the USWNT’s transformation

Catarina Macario is the focal point of the USWNT’s transformation

The best players make those around them better — or so the adage goes.

Countless United States women’s national team stars of previous generations are proof of it. From Michelle Akers and Mia Hamm to Lauren Holiday and Shannon Boxx, the four-time World Cup champions built their legacies on the collective success of the team.

Such context makes the rise of any new, individual American talent particularly interesting. How will they fit the system? Hardly a unique question, but one which carries particular weight when the system has produced, by some margin, the most dominant program in the sport’s history.

The 22-year-old attacking wizard has been the subject of anticipation for years. Her potential is one which came with hypotheses of all-time greatness even before she had full citizenship and eligible to play for the United States. Her performances over the past week at the SheBelieves Cup were a reminder of what is to come, punctuated by two memorable goals in Wednesday’s 5-0 victory over Iceland. Those goals will play on highlight montages for some time to come. Macario’s impact on the program, however, will be measured at least as much by how she leads the next generation of a team at its most striking transition in recent memory.

“Cat is a special player,” U.S. head coach Vlatko Andonovski said after Wednesday’s victory, asked for the umpteenth time in the past week about his new star. “She’s a player with special qualities. Obviously, she scored two world-class goals. Goals like that should be on the highlight reels all over the world. But what makes me happy with Cat is not just the goals she scored, but her performance and how she was able to get other people involved or help us in the buildup — but on top of that, help us defensively, too. So, she’s slowly but surely becoming a total footballer.”

Access the best women’s soccer coverage all year long
Start your FREE, 7-day trial of The Equalizer Extra for industry-leading reporting and insight on the USWNT, NWSL and beyond.
Subscribe
Existing Users Sign In Here
Related TopicsCatarina MacarioExtraFeatured

On and off the field, Purce is pushing for progress
Contrasting mentalities for England, Spain: Team-by-team Arnold Clark Cup analysis