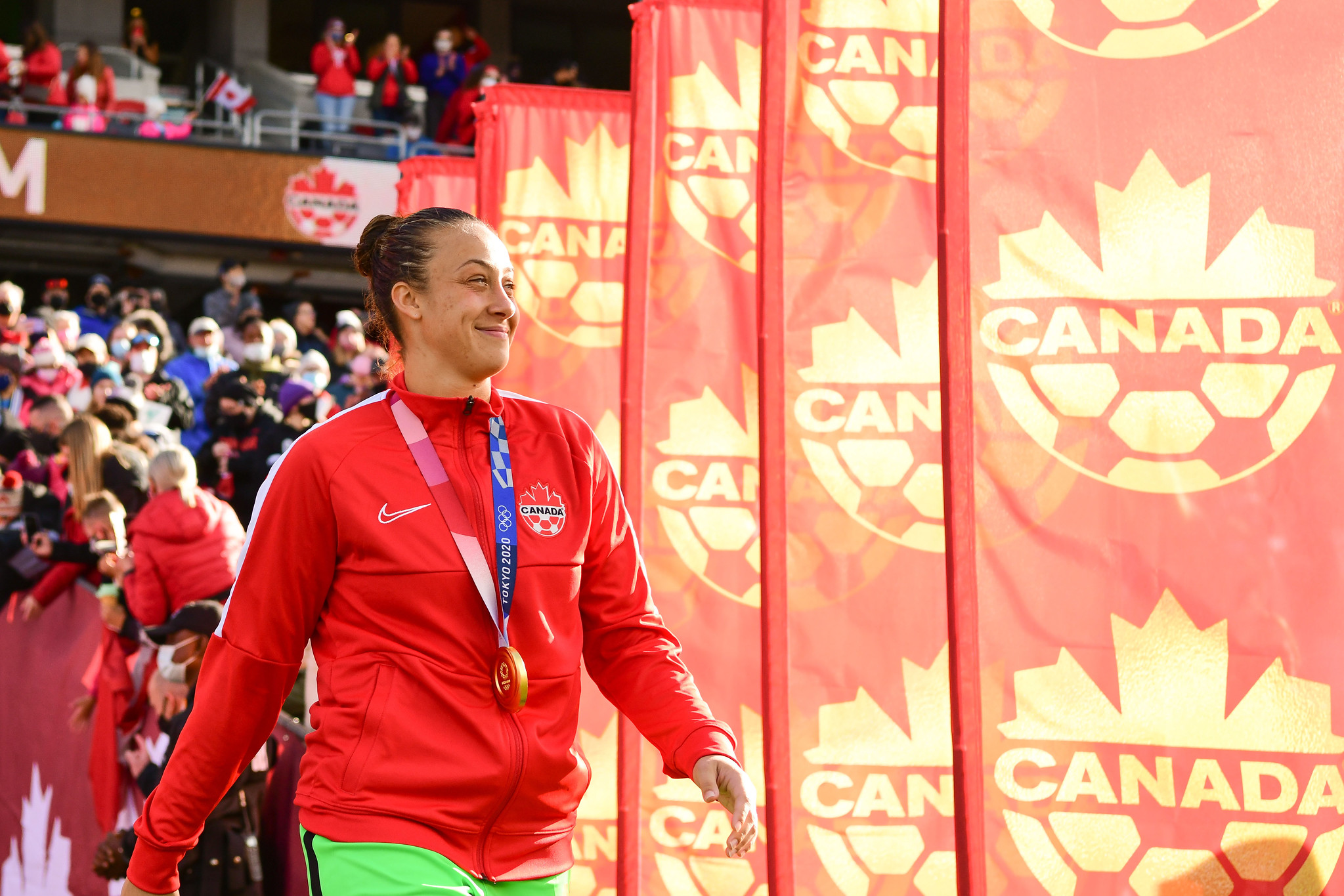 Few would debate that Kailen Sheridan is one of the best goalkeepers in the National Women’s Soccer League, if not the world. She is now firmly the No. 1 for Canada with the recent retirement of Stephanie Labbe, and Sheridan will also be the starter when available for NWSL expansion side San Diego Wave FC.

Her fantastic shot-stopping ability is well known by now to those who have paid attention. She helped Canada win the Olympic gold medal last year, when she also earned NWSL Best XI honors while playing for NJ/NY Gotham FC.

Technical ability is only part of the equation, however. Sheridan credits her focus on improving her mental strength as a reason for her continued upward trajectory.

“It’s definitely something that I continue to work on and something that’s really difficult,” Sheridan told The Equalizer from the Arnold Clark Cup in England. “It’s a tough spot to be in and I think anyone that’s been in that and dealt with that pressure [knows] that bit of fear that creeps up on you. Working with such incredible people on our team, they really provide an amazing environment to not feel failure.”

England defeat Germany to lift inaugural Arnold Clark Cup
On and off the field, Purce is pushing for progress