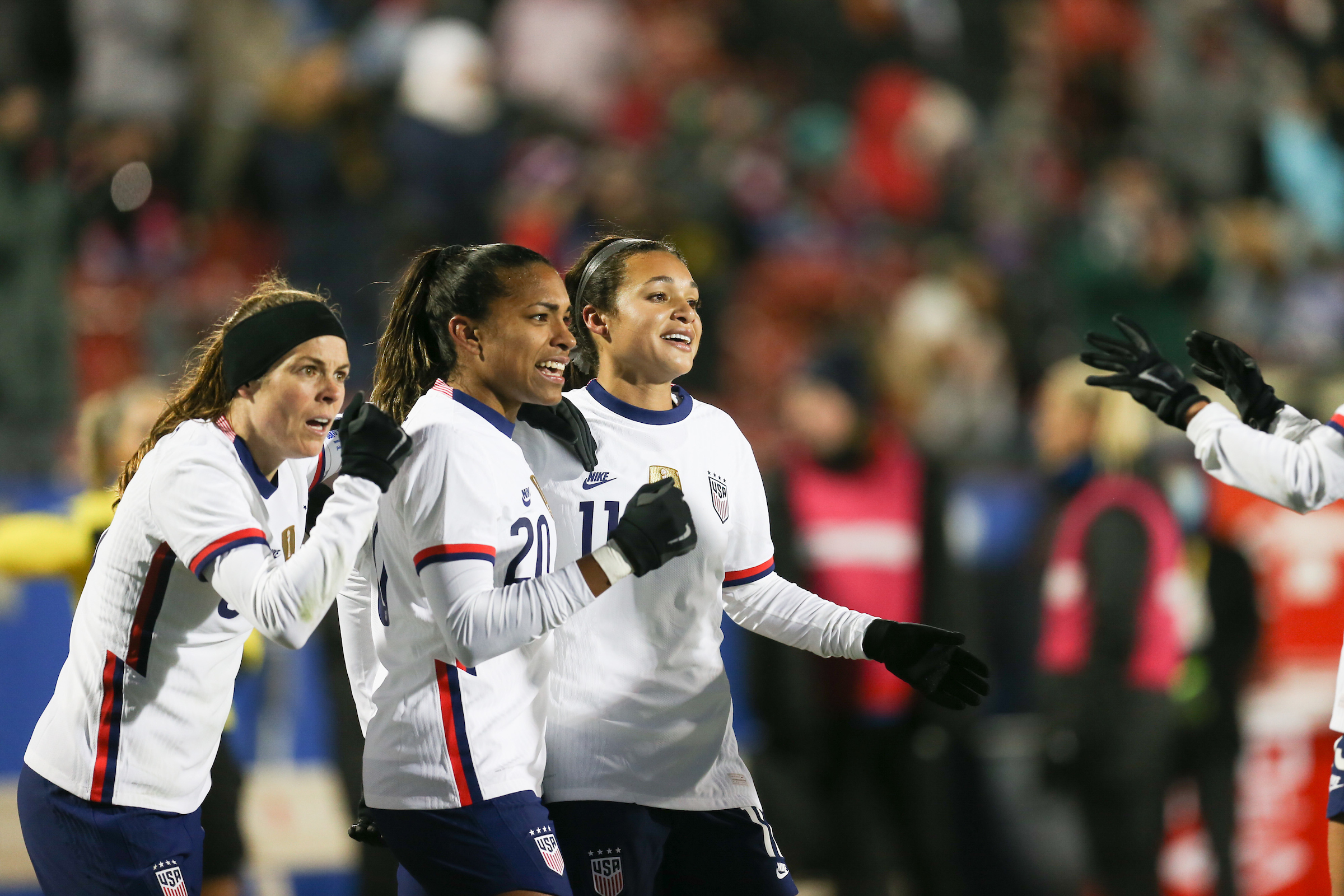 A modest start to the 2022 SheBelieves Cup for the United States women’s national team looked like a distant memory on Wednesday. The U.S.’ 5-0 victory over Iceland clinched the tournament title, and it was also a glimpse into the future. Not every player from this SheBelieves Cup roster will stick around for the long haul, but U.S. head coach Vlatko Andonovski has more evidence to build around ideas he wants to implement.

The sample size might be small, but so too is the runway to World Cup qualifying in July. These are three of many takeaways from the win — and the tournament.

If you’re just catching a glimpse of the Catarina Macario hype train, welcome! It has been moving at a fast pace for a long time, with plenty of validating milestones along the way. Macario’s two goals on Wednesday may have come against Iceland (a good team but not a world-beater), and they may have come on a freezing night in Frisco, Texas (at a glorified friendly tournament), but they were of the quality to be a lasting memory which will likely serve as a reference point when Macario hits the big stage in 2023. This was the best we’ve seen yet from Macario in a U.S. shirt, but likely only the start.

Access the best women’s soccer coverage all year long
Start your FREE, 7-day trial of The Equalizer Extra for industry-leading reporting and insight on the USWNT, NWSL and beyond.
Subscribe
Existing Users Sign In Here
Related TopicsAshley SanchezCatarina MacarioExtraFeatured

USWNT wins fifth SheBelieves Cup title with 5-0 win over Iceland
On and off the field, Purce is pushing for progress