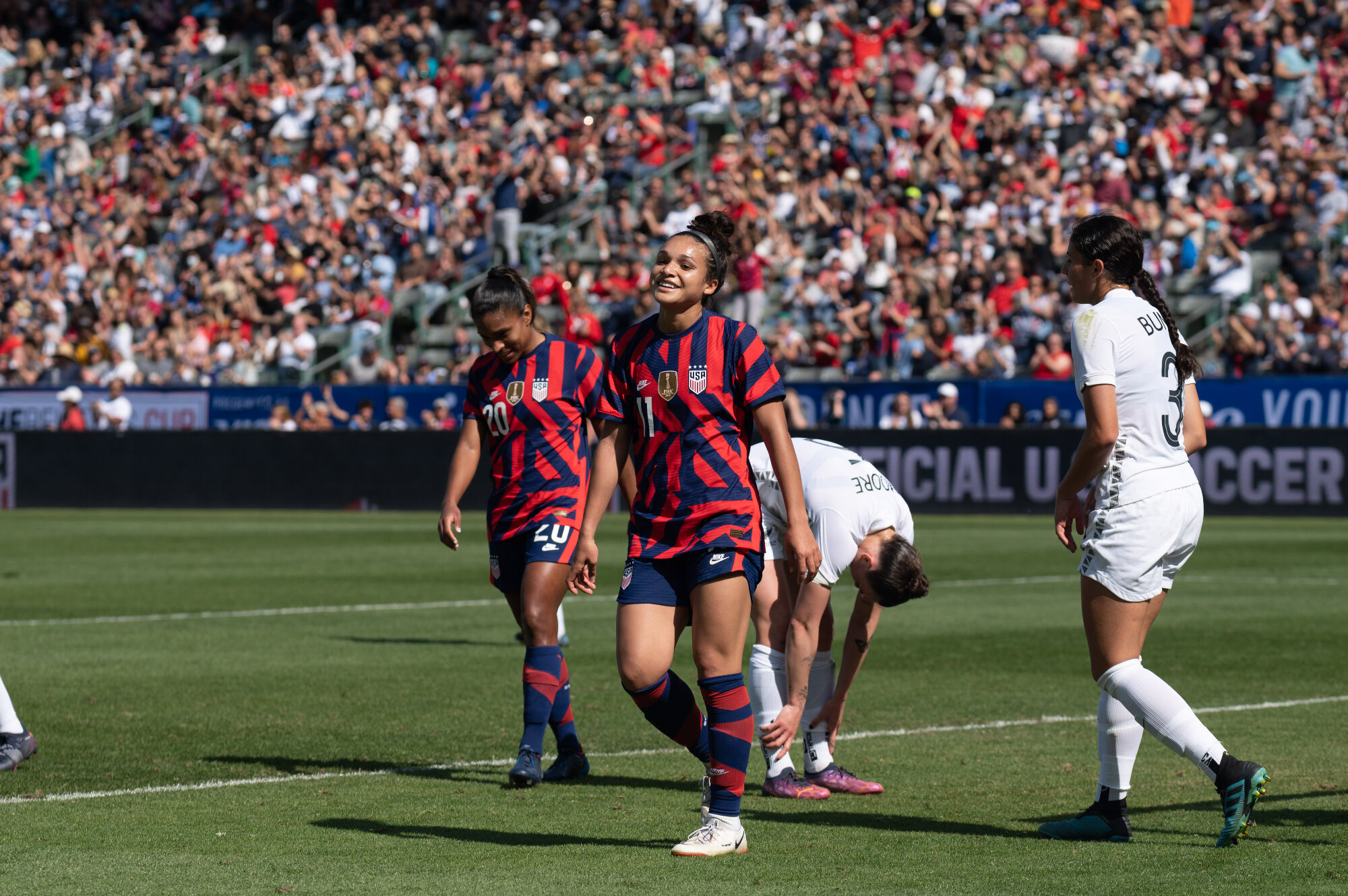 The SheBelieves Cup continued on Sunday, with the United States women’s national team earning a 5-0 defeat over New Zealand, while Czech Republic came up short in their comeback attempt against winners Iceland.

New Zealand defender Meikayla Moore scored three own goals in the first half as the United States defeated her team 5-0 on Sunday at Dignity Health Sports Park in Carson, California. Ashley Hatch and Mallory Pugh scored the other goals for the United States.

The Americans first got on the board five minutes into the match, when Moore stretched out her leg to defend a cross from U.S. forward Sophia Smith and redirected the ball into her own net. One minute later, Moore put the ball in her own net again, this time after Sofia Huerta crossed the ball to Margaret “Midge” Purce, whose header deflected off Moore’s head.

Purce was involved in the third goal as well, crossing the ball which Moore shanked into the back of her own net in the 36th minute.

Huerta’s strong attacking play from the right fullback role was finally, formally rewarded on the scoresheet in the 51st minute when she assisted Hatch for the Americans’ fourth goal. Huerta picked out Hatch with a right-footed cross, and the 2021 National Women’s Soccer League Golden Boot winner headed the ball in from eight yards out.

Pugh scored the Americans’ fifth goal in second-half stoppage time, getting in behind New Zealand’s back line to go 1-v-1 with goalkeeper Erin Nayler. The U.S. only had 10 players on the field at the time. Trinity Rodman, who entered the match in the 56th minute, left the match with an apparent injury after all the team’s substitutions were used. Rodman was seen walking and smiling after the match.

First half goals by Natasha Anasi and Selma Sól Magnúsdóttir sealed the win for Iceland on Sunday night over Czech Republic. Ansai opened the scoring in the 11th minute when she timed her run perfectly to the back post, and finished a powerful header past Czech keeper Alexandra Vaníčková.

The leaders doubled the score shortly after, when Magnúsdóttir hit a low, driven shot from the edge of the area past Vaníčková.

But it was Vaníčková’s time to shine in the second half. She got down quickly to make a spectacular kick-save on the goal line to deny Anasi and keep her team in the match.

Czech Republic was able to pull one back with just minutes to spare in the second half, when Michaela Khýrová found the back of the net after rounding Icelandic keeper Telma Ívarsdóttir, but the Czechs weren’t able to find an equalizer.

With the win, Iceland remains at the top of the SheBelieves Cup standings with six points, while the United States trails in second with four points.