Lauletta: On fast starts, own goals, and goal-scorers as USWNT downs New Zealand 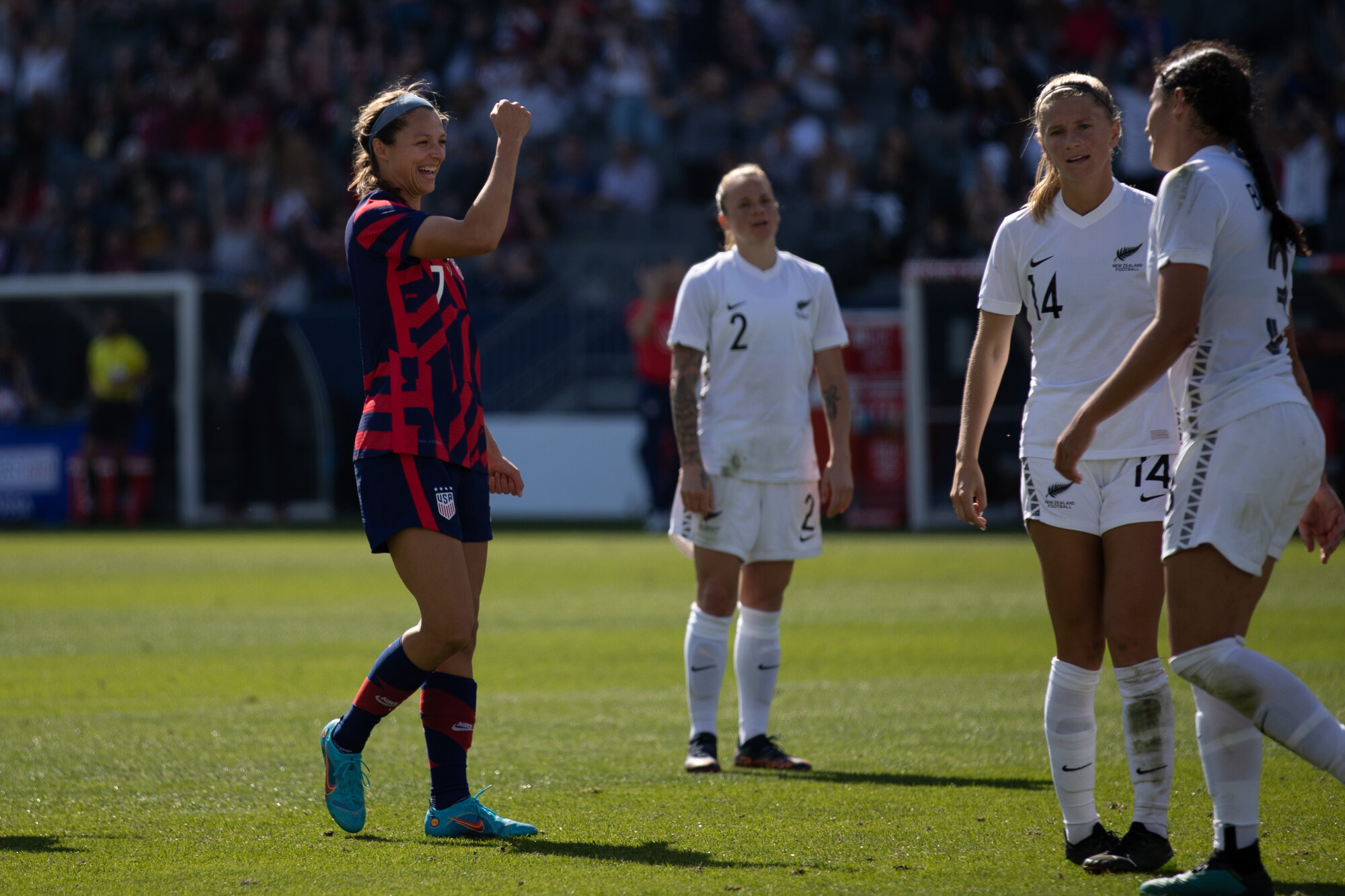 The United States women’s national team finally got off the mark and onto the scoresheet on Sunday, even if it wasn’t exactly the way anybody drew it up. Still, the 5-0 win over New Zealand at Dignity Health Sports Park was the first of 2022 for the Americans.  Here are three thoughts from the match.

Four minutes and then domination

New Zealand set up in a higher defensive press in the opening minutes of the match and the U.S., with Becky Sauerbrunn and Alana Cook in central defense, had some trouble playing the ball out. For a brief glimmer, it looked like maybe the U.S. was about to face another tough 90 minutes offensively. And then came a foul and a quick restart, and then another foul and another quick restart. The next thing, Sophia Smith was streaking down the left side in space and her cross was deflected into the goal by New Zealand defender Meikayla Moore. The game was never remotely in doubt after that.

“We all understand that this is a process,” U.S. head coach Vlatko Andonovski said after the match. “This is not something like, now we scored five goals, we’re so good. We still have a lot of areas to build on and to grow in. Am I happy? Yes, I am happy with today’s result but I am not any more happy than I was in the last game, even though the result was 0-0.”

The U.S. spent much of the first half continuing to feed balls toward Smith — a tactic New Zealand had no answer for. Right back C.J. Bott was too often caught high and is not nearly quick enough to recover against Smith. Andonovski said many of the tactics the Americans discuss before matches are not specific to one side of the field.

Access the best women’s soccer coverage all year long
Start your FREE, 7-day trial of The Equalizer Extra for industry-leading reporting and insight on the USWNT, NWSL and beyond.
Subscribe
Existing Users Sign In Here
Related TopicsAshley HatchExtraFeaturedNew Zealand