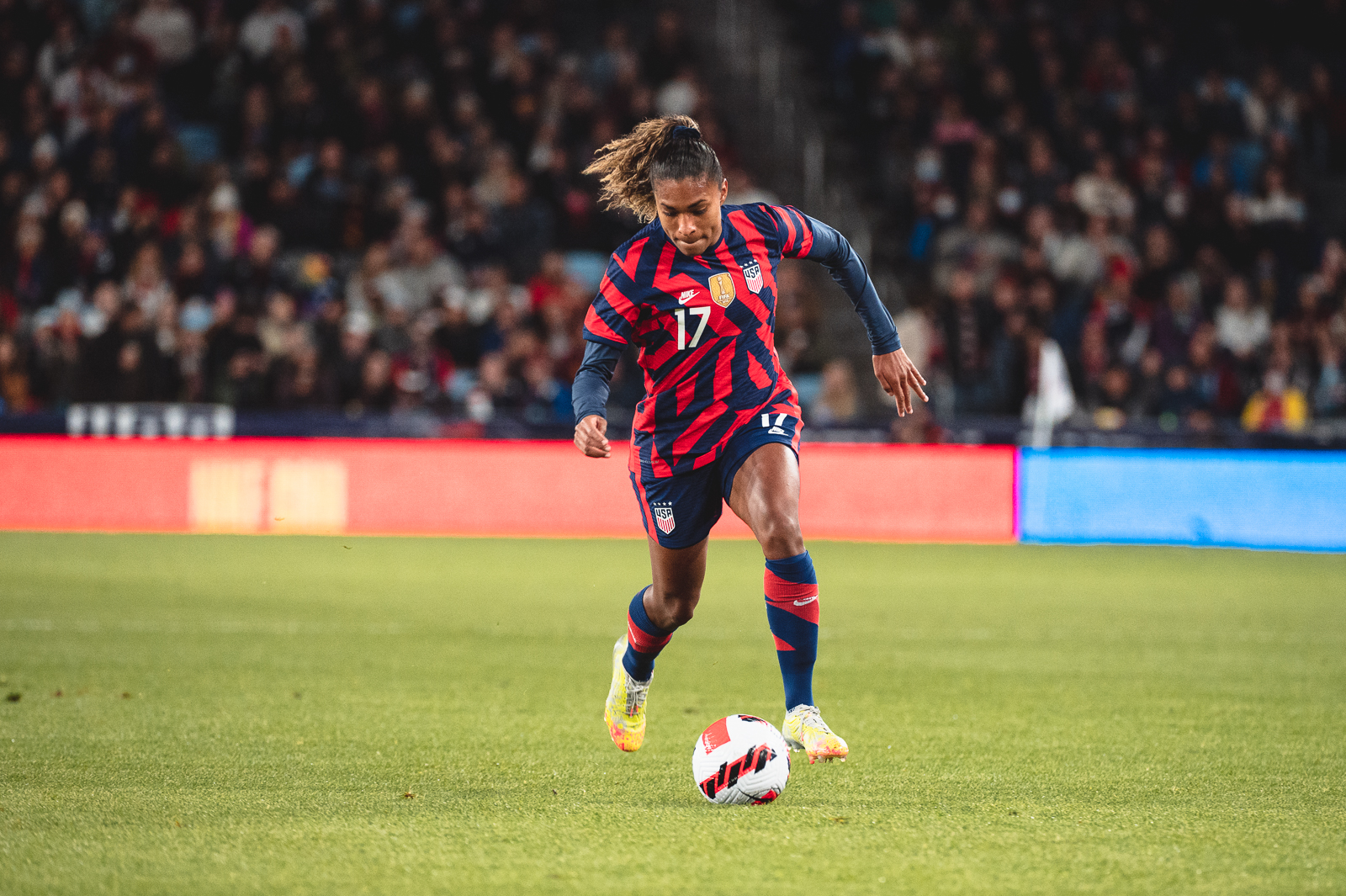 The United States women’s national team played the Czech Republic to a scoreless draw on Thursday in Carson, California, to open their 2022 schedule and their SheBelieves Cup campaign. Meanwhile, Iceland defeated New Zealand in the cup’s earlier match to lead the competition after day one.

As expected, the United States started a young and fairly internationally inexperienced lineup, looking to evaluate more players and give them playing time. Trinity Rodman made her U.S. debut and Becky Sauerbrunn earned her 200th cap, each off the bench. Catarina Macario started up top in the No. 9 role for the U.S., flanked by Sophia Smith and Mallory Pugh.

Czech Republic goalkeeper Barbora Votíková made several key saves on the night, though the U.S. struggled at times in the final third beyond Macario and her creative combinations with Lavelle.

The visitors were organized defensively in a mid to low block, giving the US almost no space to create, and it was very effective in limiting their chances while Votíková was strong when called upon. It may have been a frustrating night for the Americans offensively but they also gave up very little defensively, never looking in real danger of conceding.

To open this match, Dagný Brynjarsdóttir scored the earliest goal in SheBelieves history, just 48 seconds in, scrambling it home off a corner kick not dealt with properly.

The former Portland Thorns player’s goal stood as the winner in the end though New Zealand did well to work themselves back into the match. The Football Ferns managed several long spells of possession, even dominating at times, but were unable to create or convert in the final third.

The Ferns are bolstered by the inclusion of veteran Rebekah Stott who returned to international play tonight for the first time in over a year, after fighting Hodgkin’s Lymphoma. A center back most of her career, she has recently been playing well as a defensive midfielder for her club, and earned time in that position tonight.

Three things to watch for a new-look USWNT at SheBelieves Cup
The USWNT’s future is here, but it has not yet arrived