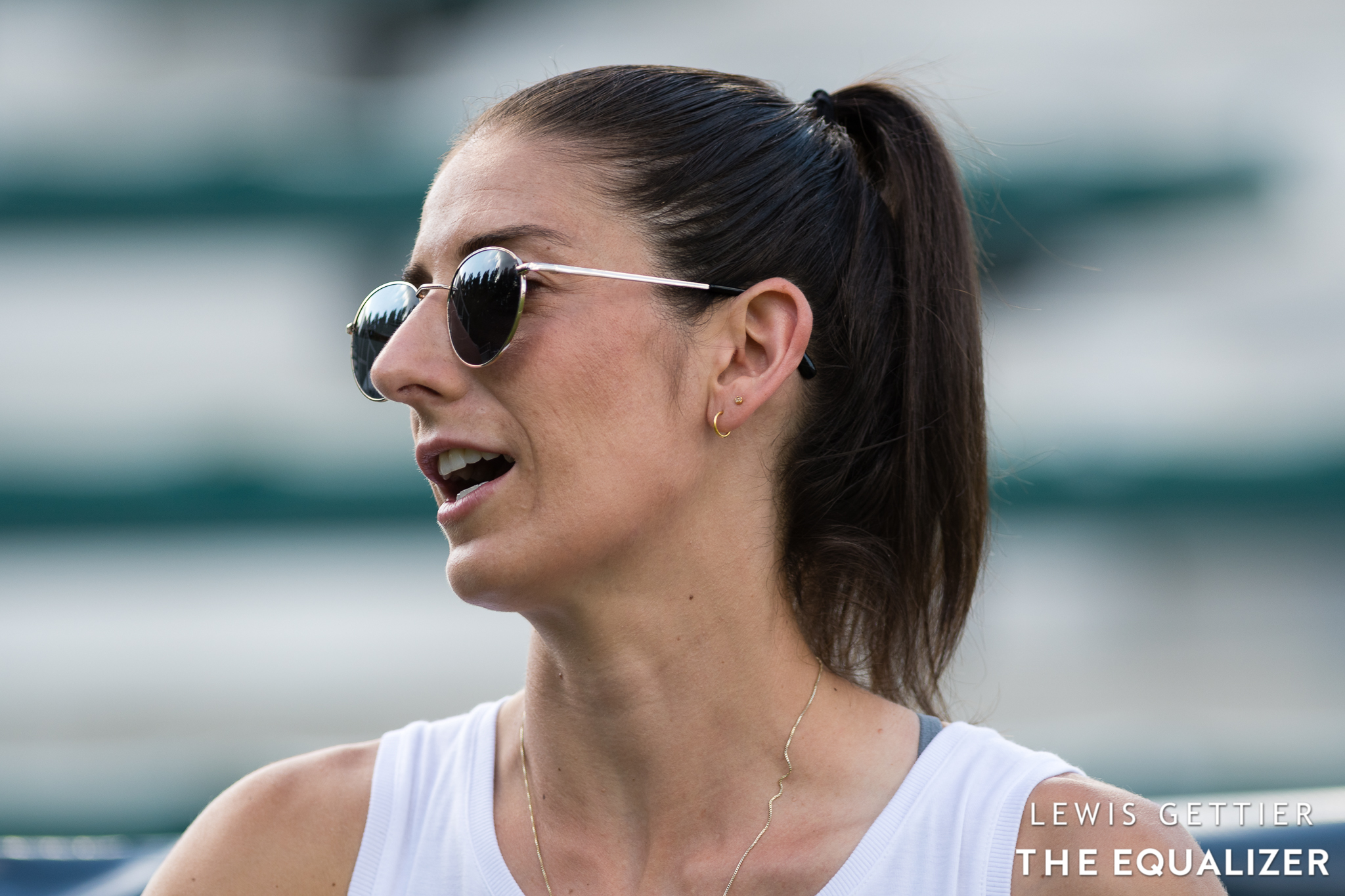 Yael Averbuch West never intended to become the general manager of a team. When she joined NJ/NY Gotham FC as their interim general manager in the summer of 2021, the understanding was that she would be leaving once a permanent replacement was found. It did not take long for the Montclair, New Jersey, native to change her mind.

“Very soon into starting, I knew in the back of my mind that it wouldn’t be the case,” Averbuch West told The Equalizer. “The second I started talking to the players, making some coaching hires, I knew I was putting my stamp on something, and I cared deeply about making sure it was successful. There wasn’t any way that I was going to step away.”

On Dec. 7, Gotham FC announced that the “interim” tag had been removed from Averbuch West’s title. She was here to stay. Reshaping and protecting the roster was a critical task this offseason, but Averbuch West also found herself involved in wider-reaching discussions about the National Women’s Soccer League’s first collective bargaining agreement — this time, on the other side of the table for the former player and first president of the NWSL Players Association.

A voice at the table

Averbuch West’s commitment to growing the NWSL is unquestionable. She was instrumental in founding the NWSLPA in 2017 and, as part of her new role, she was part of a three-person committee formed last fall to operate on behalf of the league at the bargaining table alongside the lawyers. The committee, which also included Brad Estes of Racing Louisville and John Walker of Houston Dash, formed following the abrupt departure of former NWSL commissioner Lisa Baird, who was the primary negotiator prior to that.

Averbuch West’s unique perspective as both a former player and a current general manager made her an ideal fit for the CBA negotiating committee.

Averbuch West’s background allowed her to synthesize the requests put forth by the players with what it would take from the league to implement the conditions. That, she says, was a learning curve.

“To be able to bridge the gap between understanding what is in everyone’s best interest and trying to come up with solutions was really my role in the process,” she said.

Access the best women’s soccer coverage all year long
Start your FREE, 7-day trial of The Equalizer Extra for industry-leading reporting and insight on the USWNT, NWSL and beyond.
Subscribe
Existing Users Sign In Here
Related TopicsExtraYael Averbuch