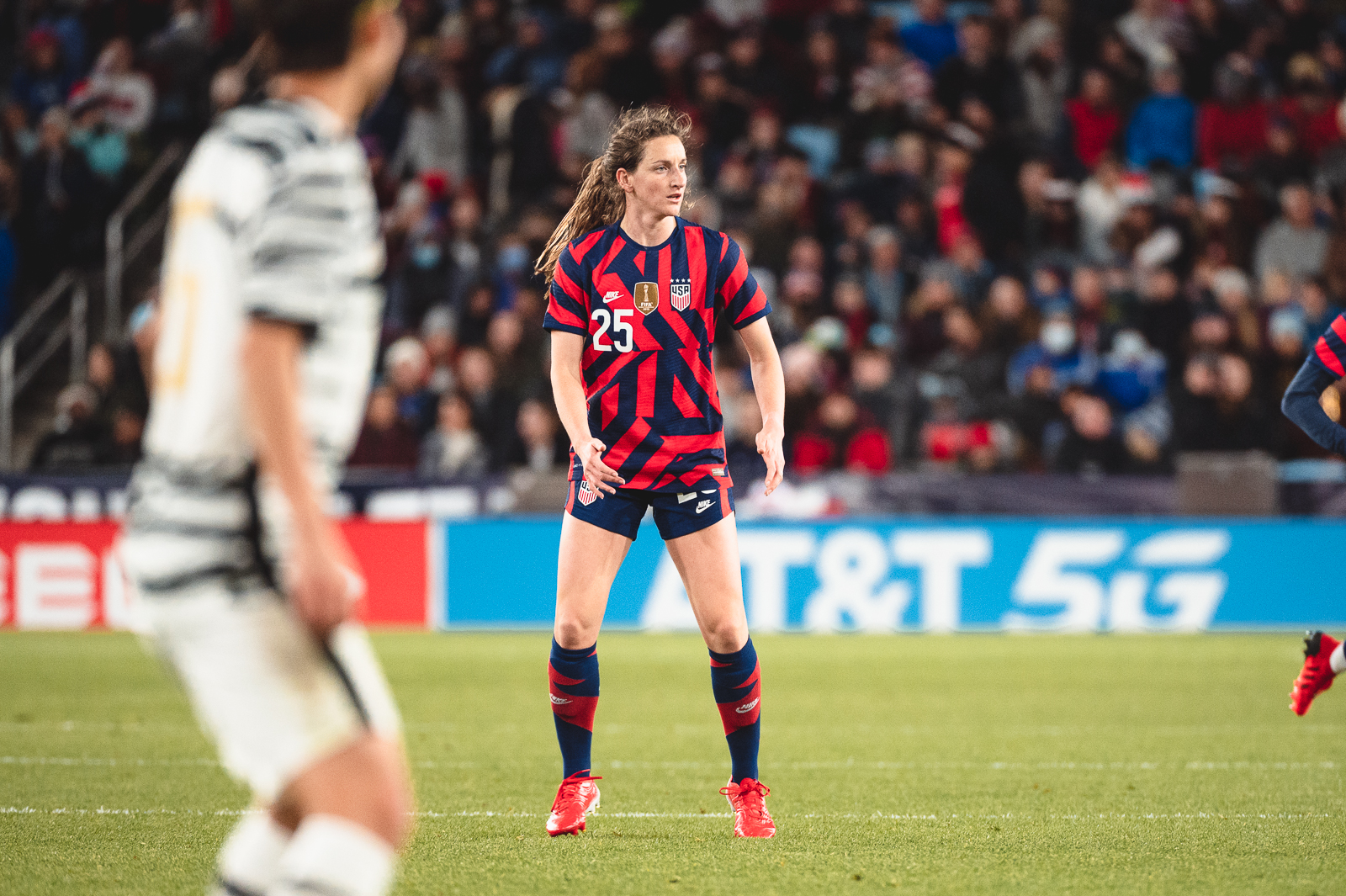 If you have not been paying attention, the United States women’s national team’s roster for this month’s SheBelieves Cup looks like a jarring change.

Missing from it are most of the now veteran players who led the Americans to the 2015 and 2019 World Cup titles. (‘Morgan, Rapinoe left off U.S. roster’ was the messaging which made ESPN’s bottom-line ticker earlier this month, even though that already happened in November for games in Australia.) They will have opportunities to re-enter the fold through strong form for their clubs, U.S. head coach Vlatko Andonovski told The Equalizer in November and reiterated several times since.

What, then, should we expect of the U.S. from this SheBelieves Cup, one with a distinctly less daunting schedule of opponents than in years past? Here are three things to watch.

How will the U.S. break down defensively disciplined teams?

Let’s start with a more general, overarching question here before we get into specific player items. It is not a new question to ask how, or whether, the United States can successfully break down teams which sit in a low block. What makes the upcoming matches interesting is that an entirely different roster will be asked to answer it.

In the past, the answer has felt very singular. The response to 2016 Olympic failures in this department was to go out and get Rose Lavelle ready for the 2019 World Cup. She was the answer. Before her, Tobin Heath was something of the sole technical magician.

On paper, this roster offers several answers, from Lavelle, who is something of a veteran within this young group (feeling old yet?), to Catarina Macario and Ashley Sanchez. Combined with a dynamic group of forwards, opportunity creation should not be an issue for the Americans.

Iceland, New Zealand, and the Czech Republic should each pose stiff defensive challenges in different ways. New Zealand is more of a known entity for the Americans, who have frequently seen the Football Ferns at major tournaments. Iceland and the Czech Republic are less familiar; the Czechs and Americans have only met once previously. Each of those teams has given the Netherlands some trouble in World Cup qualifying. U.S. fans will probably expect these games to be cakewalks, but that is not going to be reality. If this new group of U.S. players can click, they should thrive. But these are going to be very interesting tests for a group whose average number of caps is just under 40 (a number raised significantly by a few remaining veterans).

All eyes on midfield

Look across this roster and you will find compelling competitions for playing time, and various combinations of players who could click. The midfield, however, is the most interesting. For starters, the U.S. actively needs an answer at the No. 6 position. As of now, Julie Ertz does not plan to play the 2022 National Women’s Soccer League season, and that ostensibly means she won’t be playing for the U.S., either. Her plans remain unclear. What was made clear last year, in her absence due to and struggle through a knee injury, is that the U.S. does not have a complete answer at that holding midfield spot. Or, at least, they did not at the time. Call that an over-reliance on the always steady Ertz through the years.

Andi Sullivan is now the most obvious answer, given her strong form for the Washington Spirit over the past few years and her clear leadership abilities. She has increasingly earned opportunities in the role since the Olympics. It feels safe to say Sullivan is in the group of players already identified who need more caps to get ready for the big stage. This roster also features Morgan Gautrat, a 2015 and 2019 World Cup veteran who earned her way back into the picture through a strong 2021 NWSL season and a great showing in the January camp, and Jaelin Howell, who was the No. 2 pick in the recent NWSL Draft and a late addition to this roster.

How Sullivan plays in that No. 6 role of unlocking low blocks — and how many opportunities Gautrat and Howell receive in the No. 8 or No. 6 roles — is worth tracking. And the bigger piece of that is what those combinations look like. Could we see some version of Macario, Sanchez or Lavelle in double 10 roles? Or is Kristie Mewis — or even Gautrat, who played more advanced roles than usual for Chicago last season — the option at No. 8?

The initial curiosity of Trinity Rodman only being on the training roster for the tournament quickly faded once Rodman replaced an injured Abby Dahlkemper on the official roster. Andonovski was pointed about wanting to bring Rodman along slowly to get her accustomed to the system and environment. Some of that could be managing the amount of pressure on the teenager and 2021 NWSL Rookie of the Year.

Rodman scored four minutes into her professional debut for the Washington Spirit last year. That is a high bar to match for whenever her international debut comes, but it seems clear that Rodman is some version of the future of this U.S. team. Whether she is more of a focal point for the 2023 or 2027 cycle is probably the bigger question. These SheBelieves Cup opponents are a prime opportunity to get Rodman her first cap. Considering the significant competition in the position, and Andonovski’s comments about bringing along Rodman slowly, her game minutes could still be limited despite the anticipation surrounding her. It’s worth the usual reminders here: coaches’ plans are far more intricate than the general public realizes, and we only get to see 90-minute snippets in the grand scheme of hours of training and meetings each day.