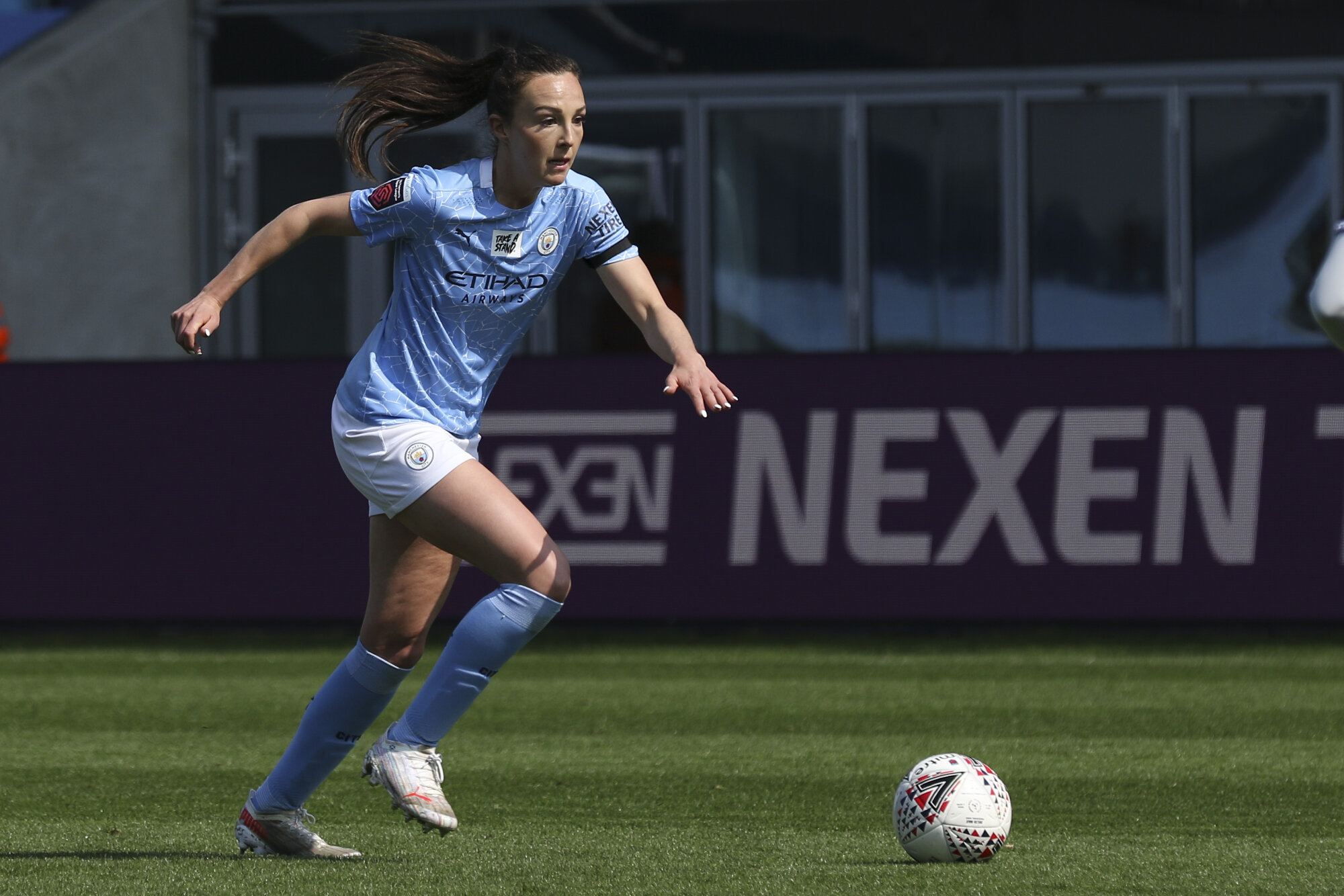 Two major derbies were on tap this weekend in the FA Women’s Super League, and while one was more memorable than the other, both had significant implications on the table.

Get caught up on this week’s WSL news and highlights before we head into the international break!

Friday’s London derby was perhaps the most exciting scoreless draw I’ve ever seen. With end-to-end action, goal line clearances, and a bit of controversy, it was a great showcase for the league’s top sides.

To the surprise of many, Arsenal controlled much of the first half of the match, and it was Vivianne Miedema who came closest to putting one away. She hit a half volley in the 25th minute that ricocheted off the post and stayed out.

The defending champions turned things around in the second half and had two close chances in front of goal, the first a loose ball that Sam Kerr couldn’t connect on, and the second a shot by Ji So-yun that was eventually scooped up by Manuela Zinsberger after a dangerous rebound. At the other end, Chelsea’s Millie Bright was the hero, as she made two successive goal-line clearances with her head to deny the visitors.

Controversy struck as the long period of added time was nearly up. With just minutes to spare, Leah Williamson’s arm looked to make contact with a cross by Niamh Charles in the Arsenal penalty area. While most were in agreement that a penalty should have been called, the referee disagreed, and stoppage time played on.

Chelsea will feel aggrieved with the no call, especially considering last September’s London derby featured a winner from Arsenal’s Beth Mead that was offside. Nevertheless, the points were shared on Friday, and while Chelsea still have a game in hand, Arsenal remain in the top spot by two points.

Sunday’s windy Manchester derby wasn’t as memorable, but did feature a worldie by Caroline Weir in front of a record breaking crowd of 5,317 at City’s Academy Stadium.

In the 62nd minute, City’s Jess Park had the first dangerous chance of the match, when she received a pass wide from Vicky Losada and expertly cut inside the area, finding just enough space to unleash a low shot that beat keeper Mary Earps but rung off the post.

Just as this one looked to be our second scoreless draw of the weekend, Weir had other ideas. The substitute – who had just come into the match minutes prior – won the ball back in the middle of the park, and curiously, no United defenders stepped up to challenge her before she unleashed a beautiful chip from outside the box that sailed up and over Earps.

It was a near carbon copy of Weir’s stunner in last year’s Manchester Derby:

The visitors had a half chance to equalize at the end of the match, but a lobbed pass intended for United’s Martha Thomas was snuffed out by City keeper Ellie Roebuck.

With the win, City leapfrog Reading for fifth place, and inch closer to United in fourth.

Two captains remain out through injury –– In player news, Chelsea and Manchester City are still both without their captains, as Magdalena Eriksson and Steph Houghton remain sidelined through injury. Eriksson has been sidelined with a foot injury since mid-December, while Houghton recently re-injured the Achilles injury that kept her out of City’s squad from September to early January. Both will not join their national teams for the international break.

Insights into social media engagement — Last week, the Women’s Sport Trust released their “latest research into the visibility of women’s sport” in the UK. Among many other insights from the charity’s research was an interesting note on social media engagement for WSL clubs. The report stated that “Chelsea’s women’s Instagram interactions in 2021 were higher than 12 of the men’s teams that play in the Premier League in the 2021-22 season and achieved a 77% year-on-year increase in growth,” while Arsenal and Manchester United’s women’s teams had “more [Instagram] interactions in 2021 than seven of the Instagram accounts dedicated to men’s Premier League teams.”

Tottenham Hotspur 2, Birmingham City 0 –– Spurs climbed into third place on Sunday after a win over Birmingham. Second half goals by Ashleigh Neville (her second in two games) and Ria Percival gave the visitors the win.

Brighton & Hove Albion 4, Reading 1 — Brighton came into Sunday’s match in the midst of a club record seven straight WSL matches without a win. But a hat-trick by Kayleigh Green and a fourth by Emma Koivisto was enough to snap the streak and give Brighton the win over Reading. Meanwhile, the loss meant that Reading’s five game WSL win streak was also broken.

Aston Villa 2, Everton 0 — Everton’s disastrous run of form continued on Sunday, as a great performance by visitors Aston Villa earned them three points and a further cushion away from the relegation battle.