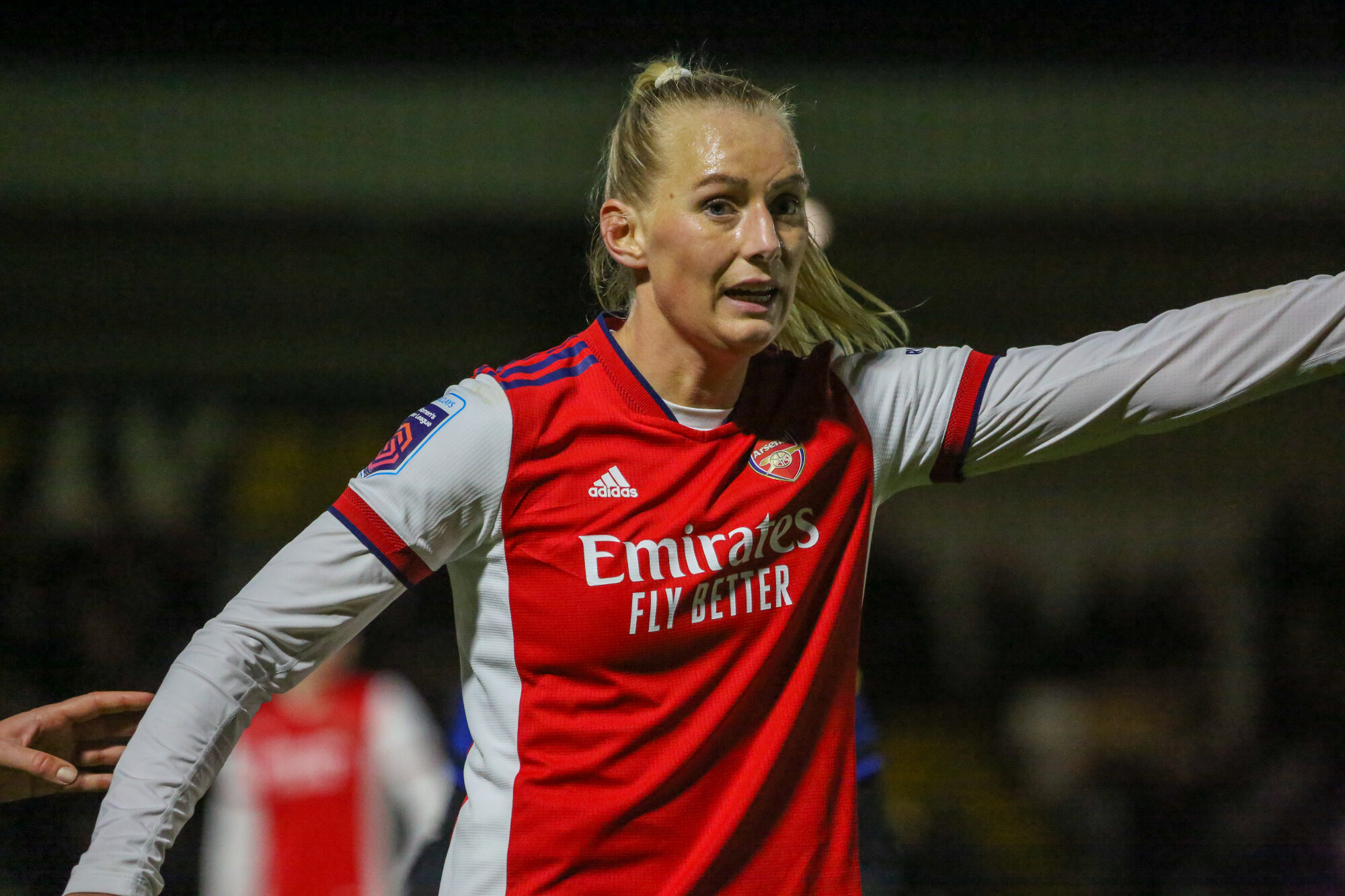 When Stina Blackstenius decided to leave BK Hacken at the end of last year, she became one of the most sought-after strikers in world soccer. An experienced Swedish international, she performed a vital role for her country at the 2019 World Cup and 2021 Olympics while amassing a strong goal-scoring record in the Damallsvenskan. Arsenal won the race for her signature, and they immediately benefited from her arrival.

On Saturday, the Gunners found themselves 1-0 down at home to Manchester United with just over 10 minutes left to play. Having failed to cope with the opposition’s pressing game, their grip on top spot in the FA Women’s Super League was weakening. Then Blackstenius made her mark. Vivianne Miedema got on the ball, looked up, and released her new strike partner into space behind United’s defense. Taking a touch to settle herself, Blackstenius nudged the ball beyond Mary Earps to equalize and salvage a point.

The 26-year-old has scored goals everywhere she has been, but her career path up to this point has not been typical. After being the top scorer at the U-19 European Championship in 2015, she broke out at Linkoping, where she was part of a title-winning side that also featured Pernille Harder, Fridolina Rolfo and Magdalena Eriksson. However, unlike her ex-teammates, she didn’t settle instantly after leaving her homeland.

Access the best women’s soccer coverage all year long
Start your FREE, 7-day trial of The Equalizer Extra for industry-leading reporting and insight on the USWNT, NWSL and beyond.
Subscribe
Existing Users Sign In Here
Related TopicsArsenalExtraFAWSLFeaturedStina Blackstenius