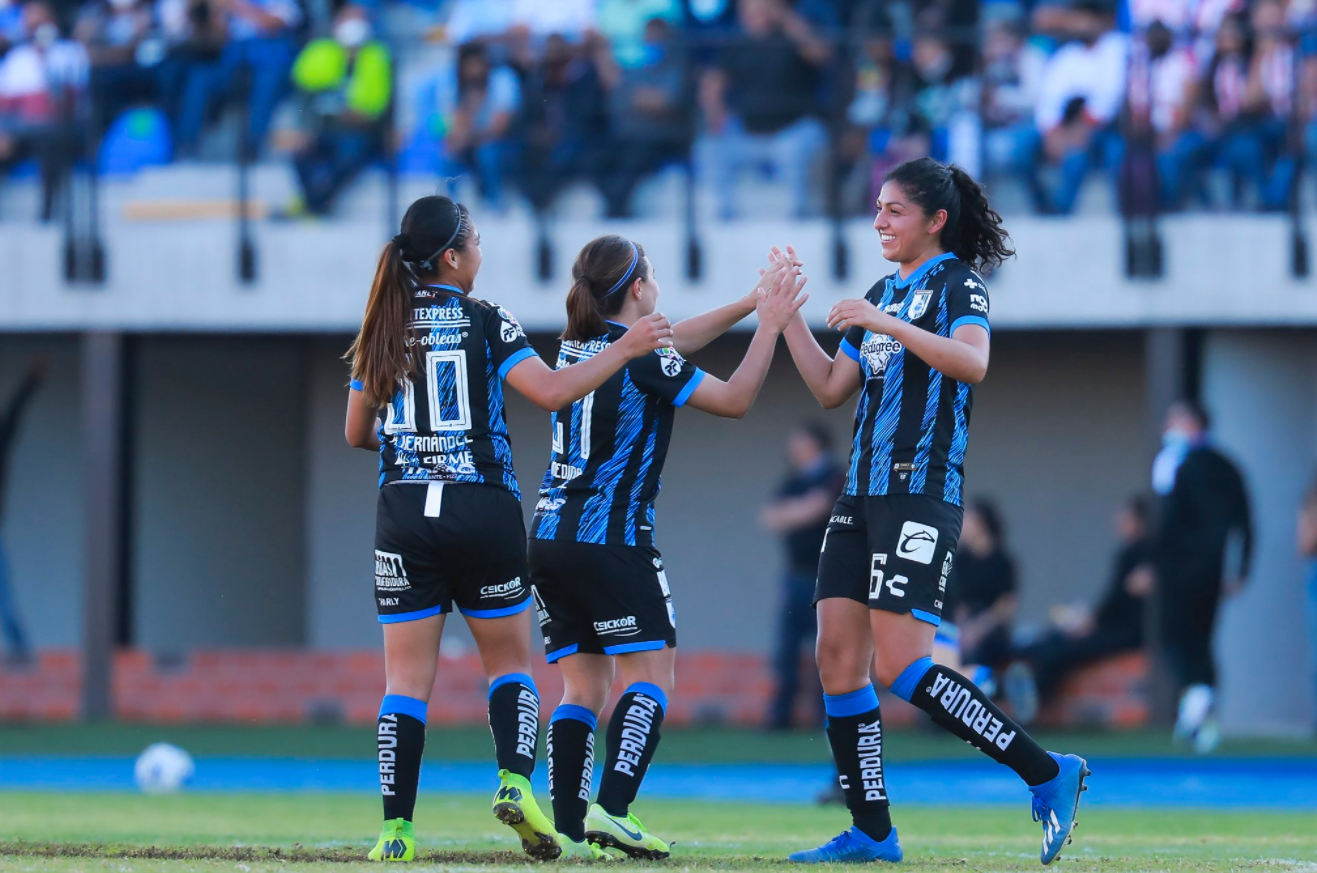 Liga MX Femenil had some back-and-forth matches last weekend, including Mazatlán giving Tigres a run for their money in a 4-2 loss to the four-time league champions. Puebla also stunned Club Tijuana with a 2-0 victory, which did not helping Xolos on the table. Take a look at what went down in Week 6 of Clausura action.

Puebla got its first three points of the season against a team that currently sits in a playoff spot. The tale of inconsistency has plagued Club Tijuana for the last few seasons. They have one win this Clausura campaign, along with four draws and one loss.

Maria Sainz took five minutes to get on the board for Puebla. Sainz picked up the ball off what should have been a Tijuana clearance and chipped it over goalkeeper Alejandra Gutiérrez. It was an abysmal effort on defense from Annia Mejía. In the 58th minute, Verónica Martins scored off a penalty kick, kicking it low and toward the left of Gonzalez’ net.

Tijuana has a meeting with second-place Pachuca on Feb. 10. It’s not going to be an easy match by any means, but Tijuana could build some major confidence with a draw, or a win.

Querétaro surprised formerly first-place Chivas with a 2-2 draw. At home, Querétaro struck first, in the 7th minute. Sonia Vázquez dribbled almost uncontested into the penalty area, switched the ball from her right to her left and then struck goal past Chivas goalkeeper Celeste Espino.

Chivas didn’t take long to equalize, scoring in the 20th minute. Casandra Montero picked up a bobbled ball in the box after a Chivas corner and hit it past Vanessa Córdoba. The ball was never cleared from the area, but an initial strike on goal was deflected by Daniela Flores. Right before the halftime whistle blew, Querétaro took the lead once again. This time, in the 44th minute, Jaquelín García scored off a chip at the top of the box.

Chivas came out in the second half firing shots on goal. However, in the 64th minute, one went through from Alicia Cervantes. The Chivas striker scored inside the box after teammate Christian Jaramillo picked off Alondra Camargo and ran up the field, sending the ball to Cervantes once she was double-teamed.

Chivas now sits in third place with 14 points, while Querétaro slowly climbs up the table to 12th.

UCLA and American fans, rejoice: Mia Fishel made her debut in Week 6 of Liga MX Femenil action, but this week she scored a brace for her big entrance. Fishel elected to join Tigres after being drafted by the Orlando Pride — and her old college coach Amanda Cromwell — in the 2022 NWSL Draft. Fishel’s two goals prevented a draw with Mazatlan, who gave Tigres a good run in the first half.

The game had six goals in total, with five being scored in the first half, in a back-and-forth match. Lizbeth Ovalle scored in the 11th minute to get Tigres on the board first, with a hard-angle strike inside the box, toward the left. In the 17th minute, Stephany Mayor doubled on Tigres’ lead, scoring on a wide open shot right next to the penalty kick mark.

One minute after Mayor’s goal, Mazatlan equalized with María Cuadrado’s chip over goalkeeper Vania Villalobos. Montserrat Peña equalized the game in the 29th minute, scoring on a wide-open run. It was Mazatlan teammate Karla Saavedra that picked off the ball and forced Villalobos off her line, then sending the pass to an open Peña.

The lead didn’t last long, as Fishel scored her first goal in the 39th minute. Fishel scored off a rebound, which she tapped with one touch past goalkeeper Alondra Ubaldo. Belén Cruz took the initial shot at the top left of the penalty area. Fishel’s second goal came in the 89th minute, as the American scored in almost the exact same spot — albeit, on a different net. Bianca Sierra slipped the ball to Mayor, who then tapped it over to Fishel for the goal.