The incredible rise of Tabea Wassmuth as Wolfsburg’s scoring threat 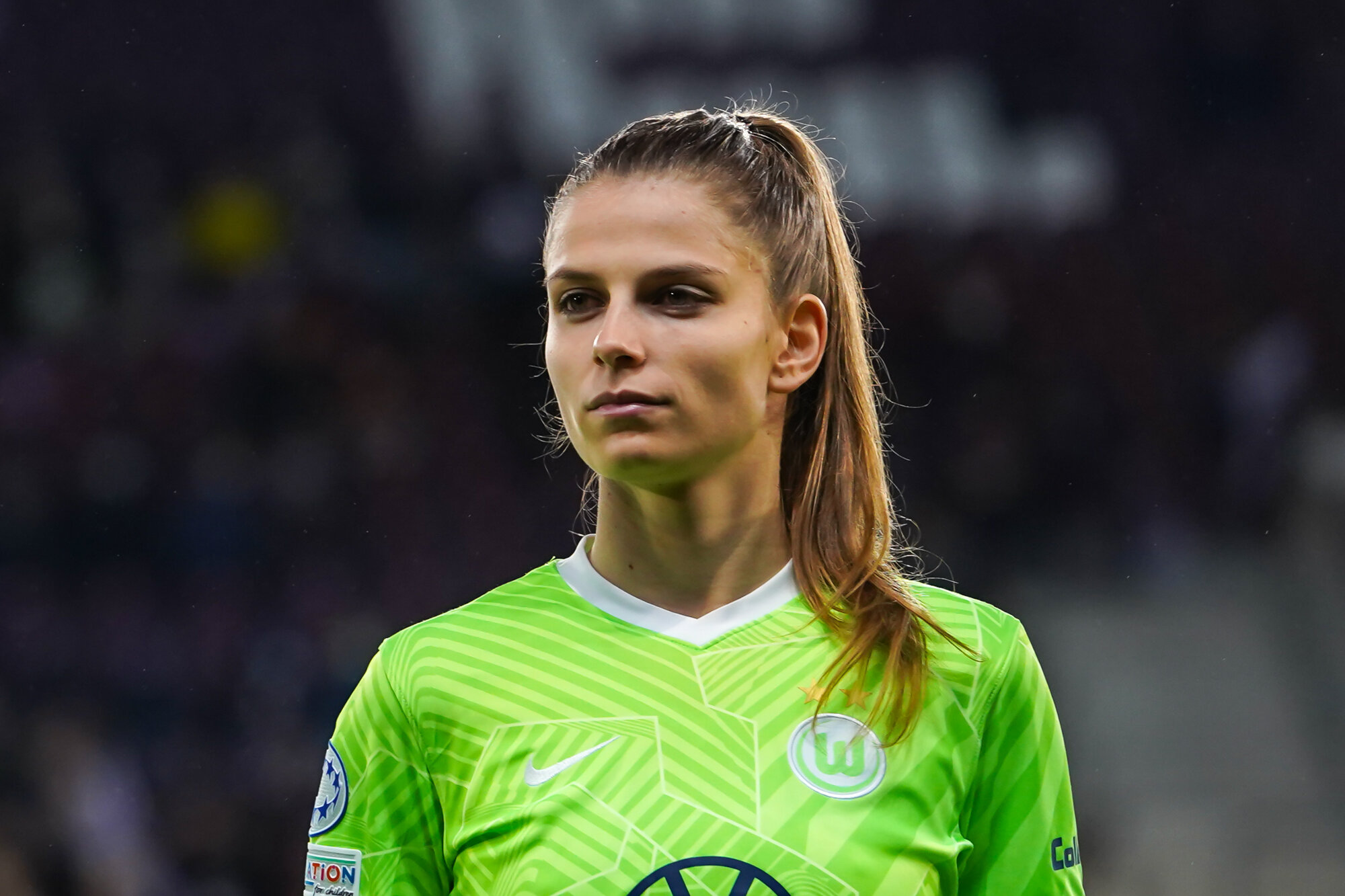 Chelsea’s defenders are probably still having nightmares about Tabea Wassmuth. The 25-year-old scored four goals against them across two UEFA Champions League matches late last year, simultaneously helping Wolfsburg to quarterfinal qualification and knocking the reigning English champions out. In both games, she caused non-stop headaches for her opponents, sprinting in behind, chasing down loose balls, forcing errors and converting chances with an ice-cold ruthlessness.

Wassmuth has enjoyed a rapid rise to prominence this season. In DAZN’s first year providing more comprehensive coverage of the Champions League, she has become one of the tournament’s stars. With eight goals in six group games, the German international tops the scoring charts, three ahead of Barcelona’s Alexia Putellas and four ahead of Chelsea’s Sam Kerr. There are three videos dedicated to Wassmuth’s performances on DAZN’s YouTube channel, and another one comparing her with Vivianne Miedema ahead of the mouth-watering March knockout clash between Wolfsburg and Arsenal.

And yet, only a few months ago Wassmuth wasn’t even considered a striker. When she joined Wolfsburg from Hoffenheim last summer, she labeled herself as a wide forward. “The flanks are my home,” she said. “Preferably on the right side.” Now, she is developing into one of the most fearsome No. 9s not only in Germany, but in all of Europe.

Access the best women’s soccer coverage all year long
Start your FREE, 7-day trial of The Equalizer Extra for industry-leading reporting and insight on the USWNT, NWSL and beyond.
Subscribe
Existing Users Sign In Here
Related TopicsExtraFeaturedTabea WassmuthVfL Wolfsburg

Lauletta: How the NWSL’s first CBA sets the table for league’s future
FAWSL Week 14 Roundup: Chelsea close in on Arsenal at the top