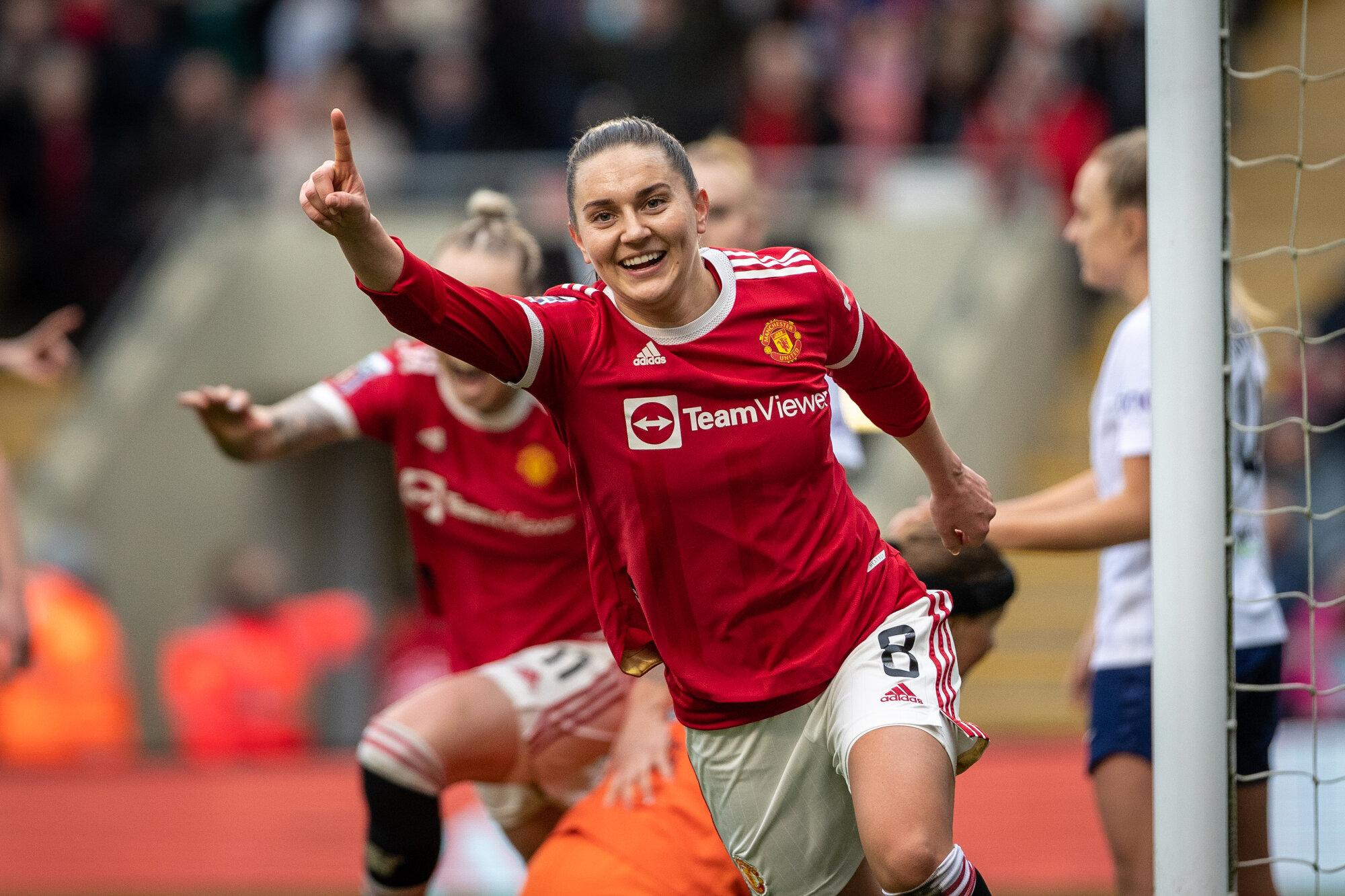 As things stand, Manchester United sits third in the FA Women’s Super League table, five points behind table-topping Arsenal. At the halfway point of Marc Skinner’s first season as head coach, United are coming into form just as those around them drop off. A first qualification for the Champions League is beginning to look more realistic with every passing week. But the big question remains: Is their current form sustainable?

United started the campaign positively, with three wins from their opening four games followed up by a 2-2 draw with rivals Manchester City. Even then, though, there were some concerns. A humbling 6-1 defeat at home to Chelsea raised issues relating not only to the team’s tactics, but their mentality. Speaking to the BBC around the time, club captain Katie Zelem admitted the team had pa long way to go still.

“We are still learning,” she said. “It’s not going to be a quick and easy process. We obviously played three years under Casey [Stoney] so, for us, it’s about developing and finding out what works best for us with Marc’s staff in place.”

Tactically speaking, Skinner is an adaptable coach. Perhaps more so than he is generally given credit for. He built a reputation for attacking soccer during his time at Birmingham City, before employing a more direct game at Orlando Pride, where Taylor Kornieck was used as a target for long passes from the back. Generally, it has always taken a year or so for his teams to hit their stride. It’s no surprise, then, to hear words like “process” being used at this early stage in his Manchester United tenure.

Access the best women’s soccer coverage all year long
Start your FREE, 7-day trial of The Equalizer Extra for industry-leading reporting and insight on the USWNT, NWSL and beyond.
Subscribe
Existing Users Sign In Here
Related TopicsExtraFAWSLFeaturedManchester UnitedMarc Skinner