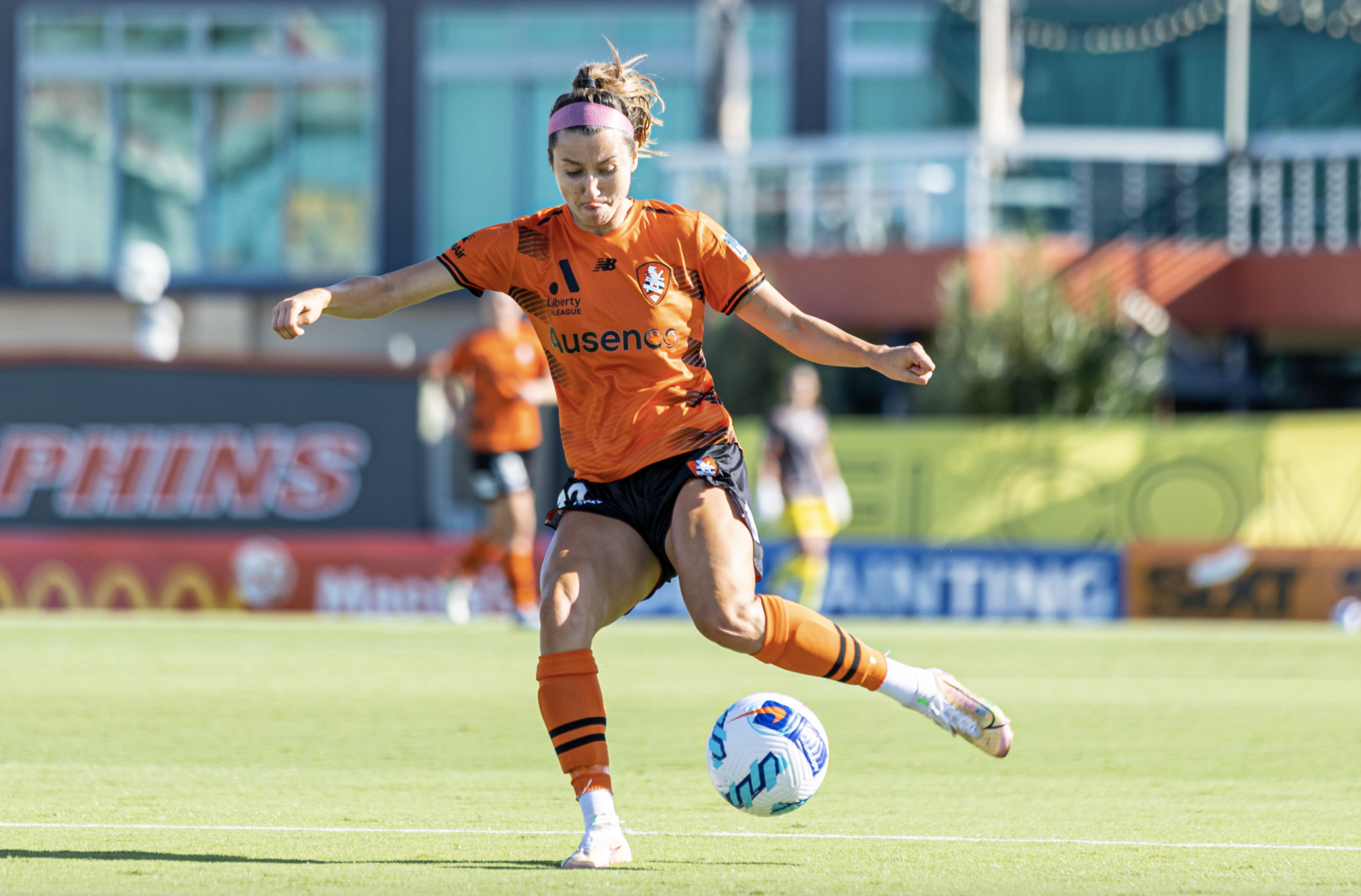 Shea Connors, the former St. John’s University forward, has been a prime talking point in the 2021-22 A-League Women season as she currently leads the Brisbane Roar in scoring with four goals, one ahead of former league Golden Boot winner (2015-16 with Melbourne City) and ex-Seattle Reign forward Larissa Crummer.

Connors’ path to success in the A-League is a unique one. She is an American who used the National Premier League Women’s (NPLW; a state league system) in Australia to grow and gain attention from bigger clubs.

Connors came to Australia after playing in Iceland with KR following college and has been playing primarily in the Queensland NPLW for three seasons. Connors told The Equalizer that she “absolutely loves it.”  She compared the Australian state leagues quite favorably to the U.S.-based amateur circuit, the Women’s Premier Soccer League, where she played with Yankee United Ladies in Connecticut in high school and college. She saw the WPSL as primarily a league for college players in the summer on a typical late-May to mid-August schedule, with sporadic numbers showing up for training because so many players were on summer vacation.

However, she found the Australian state leagues much different.

“You have a variety of ages from 17-30, including college players,” Connors said. “They have good facilities with team gyms and recovery pools that you wouldn’t get in the WPSL, and play between 8-10 months a year [with the new season starting in April, just after the A-League Women season ends]. I love playing over here; there are so many teams and players within the Queensland area where you can travel easily for games and not be spread out as in the States.”

Access the best women’s soccer coverage all year long
Start your FREE, 7-day trial of The Equalizer Extra for industry-leading reporting and insight on the USWNT, NWSL and beyond.
Subscribe
Existing Users Sign In Here
Related TopicsBrisbane RoarExtraShea Connors