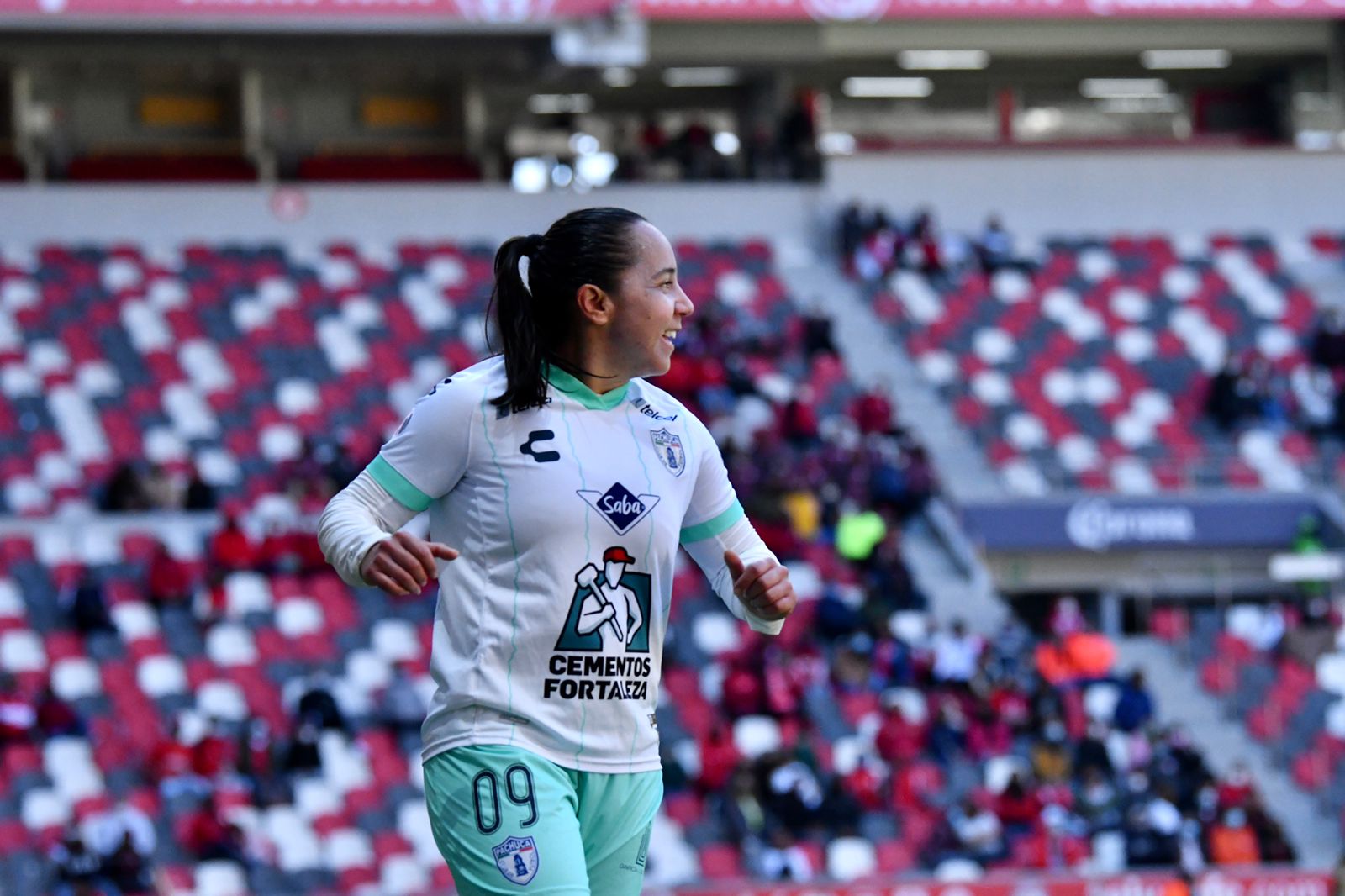 Liga MX Femenil had a busy few days. The league had two back-to-back “weeks” of competition in the same week, making room for just one day to break up Week 4 and 5. The end of January provided a busy workload for the players, and there was some movement on the table after two games within four days. Take a look at some of the highlights from both weeks of action.

Pachuca has been rolling in Liga MX Femenil, almost under the radar. While not as popular as teams like Tigres, Tijuana or Monterrey, Pachuca has been compiling consistent wins. After suffering a loss in the first week to Chivas, Pachuca has bounced back with four-straight victories. However, those wins have been against lower table teams like Querétaro, Club León and Puebla.

Toluca has been inconsistent this season but provided a much better test for Pachuca — although Pachuca still needs to prove themselves against top-table teams. Former University of Louisville product Charlyn Corral has been a scoring machine for Pachuca and notched a brace against Toluca.

However, the first goal came from Monica Ocampo, just six minutes in. Ocampo sped up during a corner kick to the edge of the box, chipping her shot over goalkeeper Wendy Toledo. A couple minutes later, Corral followed up with a strike outside the box up and over Toledo, while surrounded by two Toluca defenders. Toluca pulled one back before the half, with Karen Becerril sending in a screamer over Pachuca goalkeeper Esthefanny Barreras. There was certainly a pattern in the first half with the style of goals on both sides.

Pachuca put the final touches on the match with a goal in the 60th minute. Corral scored her second goal just like the first one: over the head of Toldeo. However, this time, the goal was scored on a direct free kick, just outside of the box.

Uchenna Kanu had a good weekend with Tigres, to say the least. The Nigerian international scored her first Liga MX Femenil hat trick in Tigres’ Week 4 victory over Atlas. Kanu scored her first two goals within a minute of each other, marked in the 34th and 35th minutes.

On her first, Kanu kicked in a pass in the box. A minute later, the second goal saw Kanu receive the ball in the box and kicked the ball right at goalkeeper Ana Paz. Kanu then picked up her own rebound, shifted to the right and scored in a relatively open net. Her third goal occurred in the 60th minute, chipping Paz inside the box as the goalkeeper came off her line and couldn’t grab the ball.

In the opening seconds of stoppage time, María Elizondo picked up a cross from Jana Gutiérrez, twisting her whole body to get a shot off and toward the left post. Tigres also got a goal from Atlas, as Joana Robles scored an own goal trying to cover Belen Cruz. Atlas did get on the board in the 85th minute, preventing Tigres from earning a clean sheet, courtesy of María Pérez.

Tigres followed up the dominant performance with a 1-1 draw in Week 5 against Club Tijuana, with Sandra Mayor earning Tigres’ goal.

This might not seem like the most head-turning result, but Club América earning three points isn’t the big story here. The story is Katty Martinez, and now she’s closer to 100 league goals. The striker is only 23-years-old, and has already scored four for Club América this season.

Martinez scored goal no. 99 in the 51st minute, bobbling the ball to herself and scoring on the volley. Club América has a match up with Cruz Azul this coming weekend, and “Katty Killer” could very well see goal no. 100 on Saturday, Feb. 5.

Club América also got some aid from Necaxa goalkeeper Guadalupe Olvera, whose major gaffe caused an own goal. Daniela Espinosa put the final nail in the coffin with a strike at the top of the box — that bounced through América and Necaxa players alike — in the 68th minute.

The Mexican women’s national team will get set to take on World Cup Qualifying. To familiarize yourself with the World Cup Qualifying — and 2024 Olympic — format, take a look at our article breaking it all down. Mexico has been drawn into Group A with Puerto Rico, Suriname, Antigua & Barbuda and Anguilla.

There are two teams not drawn into groups: the U.S. and Canada, as they were the two highest FIFA-ranked Concacaf teams, and will head straight to the World Cup Qualifying tournament, which is reported to take place this summer by Concacaf.

Those are the only two matches during the February window. In April, Mexico will hit the road to Anguilla on April 9 and host Puerto Rico on April 12.

No TV listing has been set yet by TUDN or Fox Deportes.