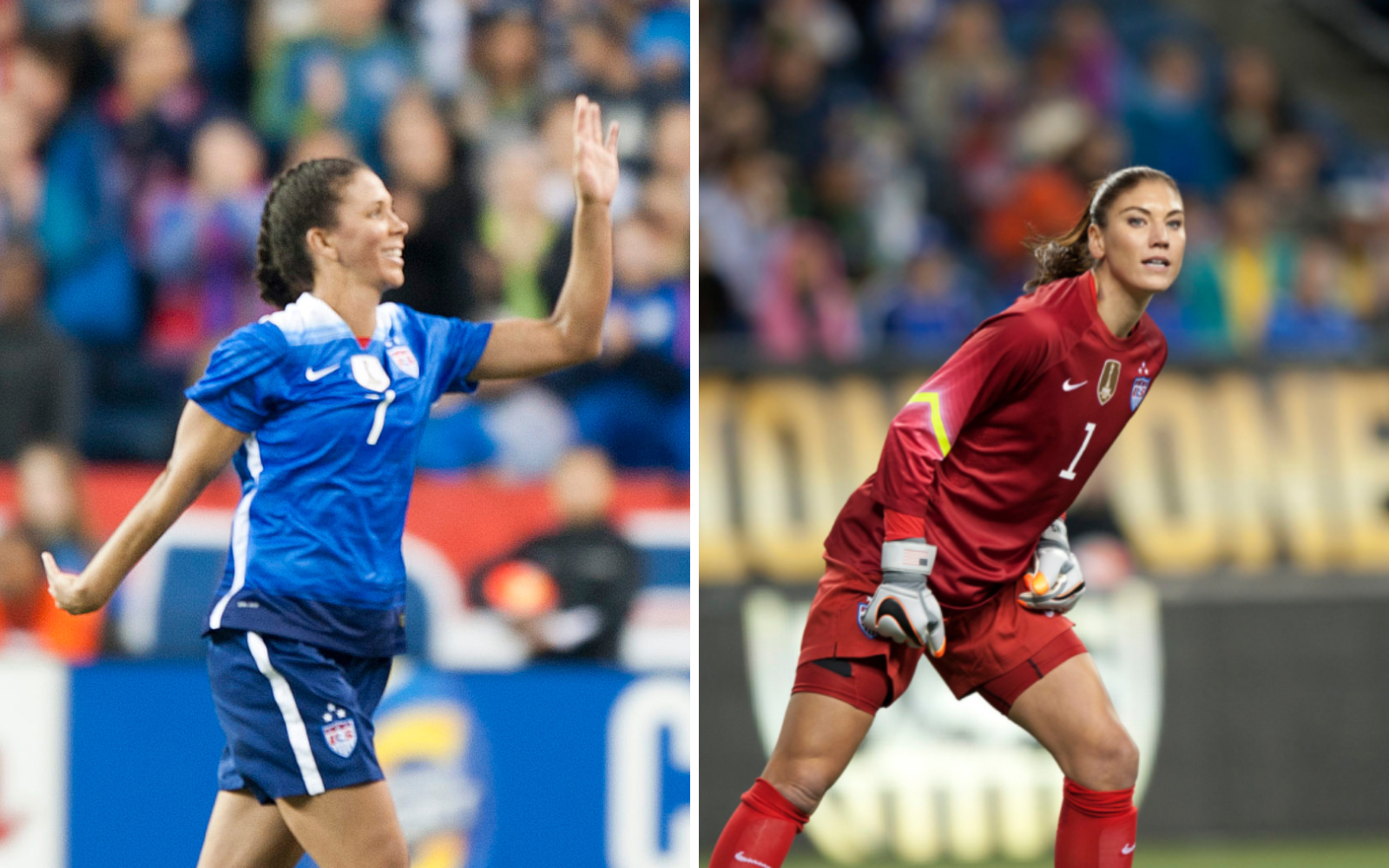 Former United States women’s national team standouts Hope Solo, Shannon Boxx, and Linda Hamilton are among six people who have been inducted into the National Soccer Hall of Fame’s class of 2022, the organization announced on Sunday. Clint Dempsey, who retired tied with Landon Donovan as the United States men’s national team goal-scoring leader with 57 goals, was also inducted in his first year on the ballot. Former D.C. United player Marco Etcheverry and referee Esse Baharmast were also inducted into the Hall of Fame.

Solo, who many consider the greatest goalkeeper in U.S. women’s national team history, was elected in 2022 after missing out on induction in the 2020 and 2021 elections. She received the third-most votes among players this year, behind Dempsey and Boxx. Solo was elected by receiving 81.3% of the votes, crossing the 75% threshold and making it in thanks to the expanded rules for induction in 2022. Solo’s vote percentage went down 4% from 2021 (some voters have been rotated).

Full disclosure: I was on both the screening and selection committees in 2021 and 2022 and voted for Solo each time without hesitation. I did the same for Boxx, who made the Hall of Fame with 91.7% of all votes in 2022. Dempsey was a near-unanimous election, receiving 47 of 48 votes.

Hamilton and Etcheverry were elected as “veterans,” which is the ballot players move to after failing to be elected in the player ballot. Current United States women’s national team general manager Kate Markgraf was again shut out of the Hall of Fame, receiving 70.8% of votes on the veteran ballot. Markgraf remains the only starter from the 1999 World Cup final not to be inducted into the Hall of Fame.

Solo appeared for the U.S. 202 times, winning the Golden Glove at both the 2011 and 2015 World Cups and helping the Americans claim the title in 2015. She also won two Olympic gold medals (and was an alternate in 2004) and played in all three U.S. professional leagues: WUSA, WPS and the NWSL.

Boxx was part of the threepeat U.S. teams which won the Olympics in 2004, 2008 and 2012, as well as the 2015 World Cup-winning side. She played 195 times for the U.S. and first made the team as an uncapped player named to the 2003 World Cup roster, after impressing in WUSA. She also played in WPS and the NWSL.

Hamilton was a key member of the 1991 U.S. team which won the inaugural Women’s World Cup, and she also played in the 1995 edition. She appeared 71 times for the U.S.

The six inductees will be welcomed into the Hall of Fame with a ceremony on May 21 at Toyota Stadium in Frisco, Texas, along with Christie Pearce Rampone, who deferred her induction after being chosen for the Hall of Fame’s 2021 class.

Former United States women’s national team midfielder Lauren Holiday earned 75% of the votes on the player ballot but ranked behind Dempsey, Boxx and Solo, and a maximum of three players could be elected this year.

Full results, per the National Soccer Hall of Fame: