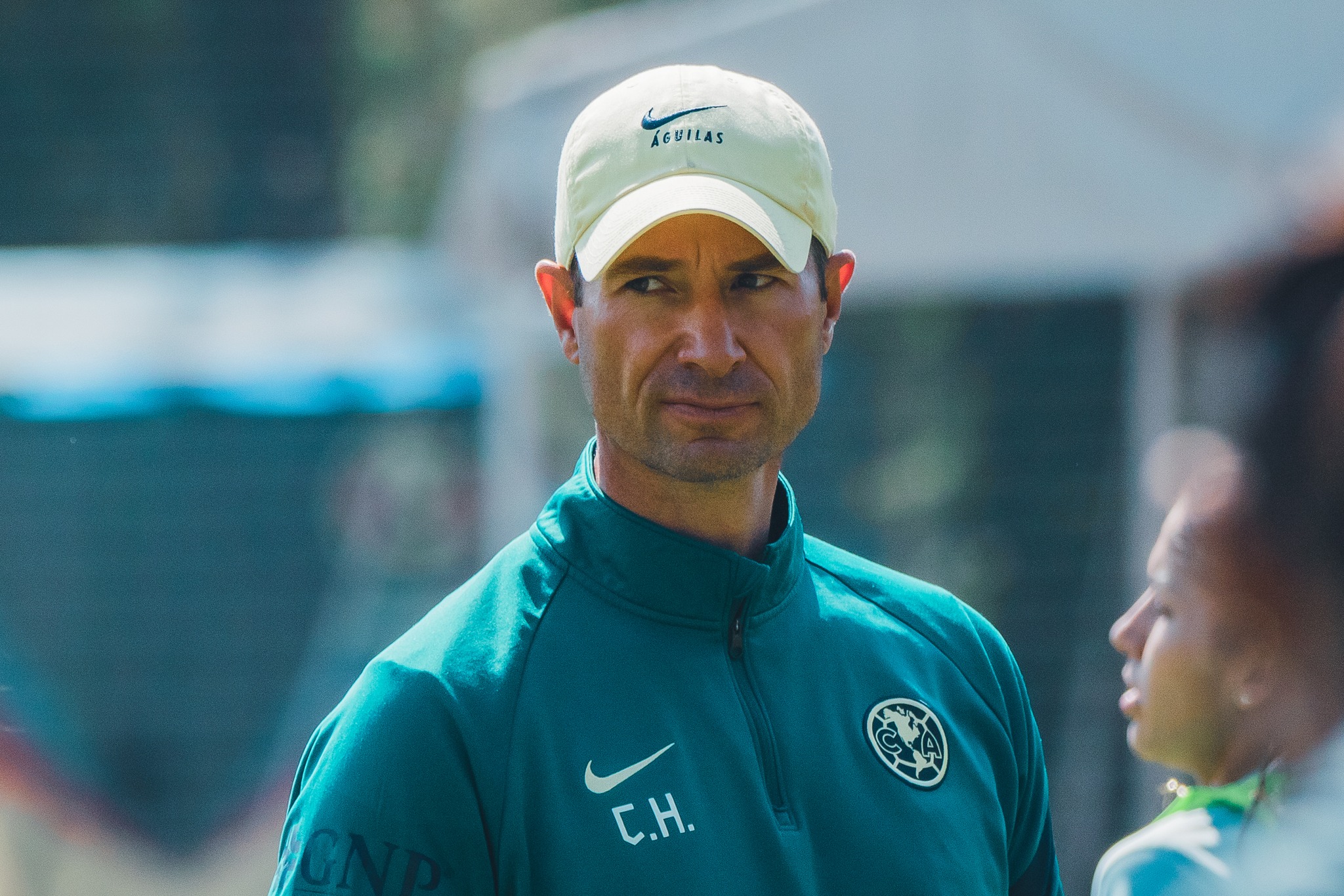 This is not the first time that Harrington has landed in hot water. The former Chicago Red Stars assistant coach was hired by the Utah Royals, a former National Women’s Soccer League team, in 2020. Harrington had his contract terminated in November 2020 — after originally being suspended in September — and an investigation was ushered in due to allegations of inappropriate comments to staff. Harrington was hired by Club América ahead of the Liga MX Femenil Apertura season, in July 2021.

Harrington was given a red card during Monday night’s match in the 62nd minute. The cameras did not show anything other than Harrington being spoken to by the referee and then shown the red card. However, after the match, Monterrey coach Espejo issued the following statement, per TUDN’s Adriana Terrazas:

“The only thing I want to emphasize to finish this press conference: you know I defend women’s rights and rights in general, but what happened today on the field is inadmissible. It’s only been a few times when I’ve come out to speak about something that happened on the field, today, and less so when it’s about a colleague. Today my colleague on the field, a fellow coach, committed several faults. I’ll always defend, I’m a defender of my players and I hope the Disciplinary Committee will take matters in their own hands regarding what he said to my players.

“My players will never deal with a lack of respect from me to no one and in this case the rival team’s coach did so. I denounce him strongly. I will never allow someone to disrespect my players nor anyone under any rule or circumstance. I wanted you to know. I rarely express myself like this, but I can’t go through without letting you know. I’ll leave it at that. Thank you.”

As of yet, Liga MX has not commented on Harrington’s sending off or Espejo’s comments.

Rayadas ended up winning the match, 2-0, at Estadio Azteca. Mónica Monsiváis picked up a pass from Diana García in the box, dancing around América goalkeeper Renata Masciarelli, and tapping it into net. The second goal was a penalty kick, which was earned by Christina Burkenroad after being fouled in the box. Rebeca Bernal stepped up to take the kick, and Masciarelli initially made the save, but Bernal got her own rebound and scored.

Words cannot truly encapsulate the chaos that ensued on the lone goal of this match for Querétaro. The ball bobbled around to at least three different players, shots were blocked and a slew of bodies were in the box before the ball bounced over to Alejandra Medina, who smacked it past Cruz Azul goalkeeper Maricruz Gonzalez on a volley.

Cruz Azul dropped out early in the playoffs during the Apertura, and now the Clausura has not gotten off to the strongest start. In three games, Cruz Azul has split their weeks evenly: one win, one draw and one loss. Meanwhile, Querétaro will build confidence with three points ahead of their clash with Pumas (who just lost to Necaxa this weekend).

Move over Alicia Cervantes. Kristal Soto showed her scoring prowess on Monday night against Toluca, scoring two goals to notch a brace. On the first tally, Soto snuck through three — yes, three — Toluca defenders for a fast sprint and hit past Toluca goalkeeper Wendy Toledo. In the 36th minute, Joseline Montoya muscled through her defender to get the ball to Soto, who tapped it inside the box for the second goal. Chivas, although it is early, sits on top of the table with seven points.

A-League Women: Adelaide United and Perth Glory both record 1-0 wins to stay fourth and fifth
Aitana Bonmatí is the present and future of Barcelona