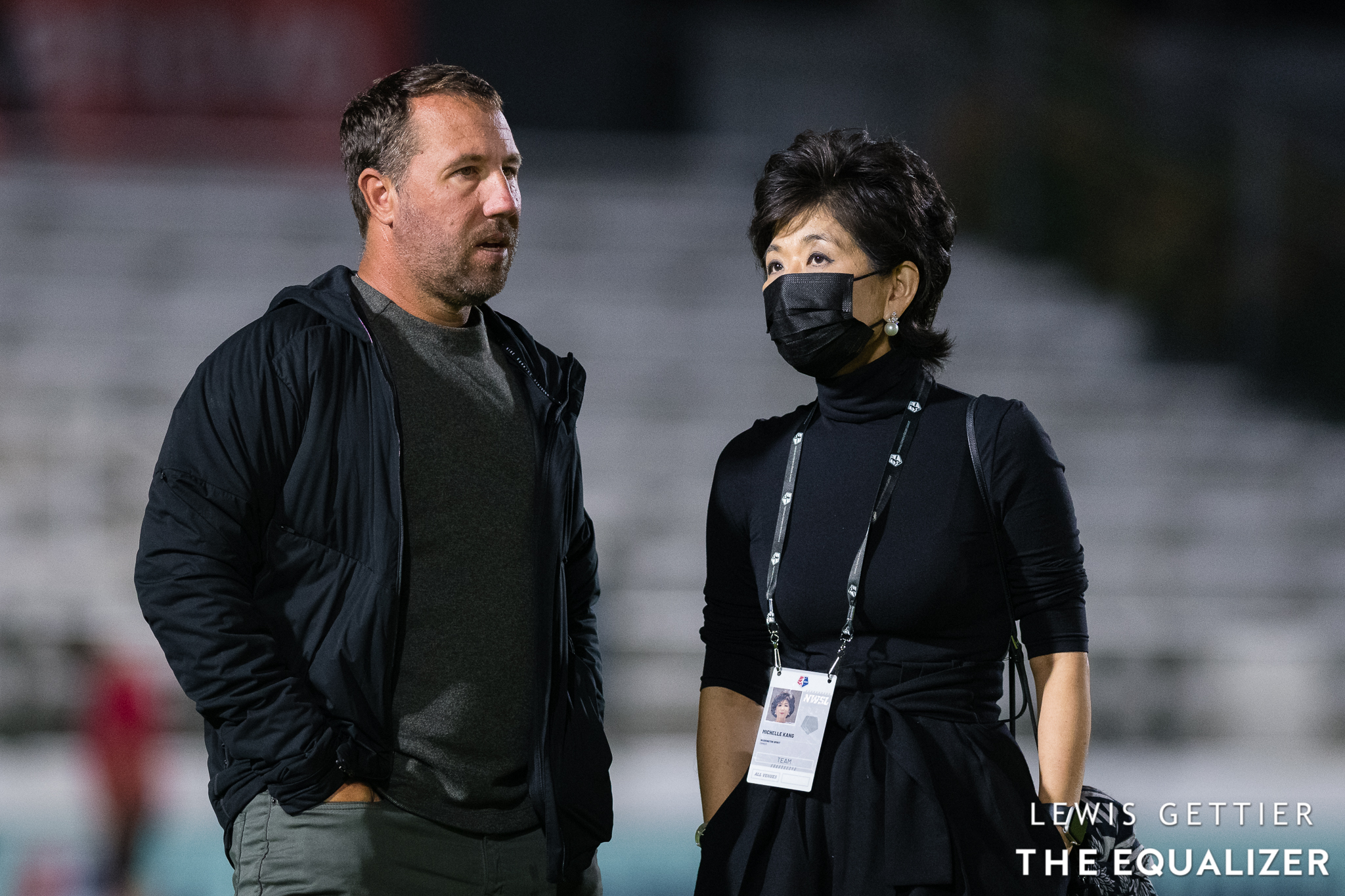 The National Women’s Soccer League Board of Governors on Saturday cleared a path for Y. Michele Kang to become the controlling owner of the Washington Spirit, but the months-long ownership fight for the league’s defending champions remains unresolved.

On Saturday, the NWSL board — comprised of a mix of team owners and executives — unanimously approved the conversion of Washington Spirit debt investors into full equity shareholders, provided that was done legally. Critically, that makes those investors voting members of Washington Soccer Properties (the team’s ownership group), positions only previously held by Kang, equity partner Steve Baldwin, and original majority owner Bill Lynch.

In a statement, the league said it approved the transfer of “certain equity stakes” to Kang, but those are “not a majority or controlling interest.” Voting members of Washington Soccer Properties now need to decide, within the legal structures of their team operating agreement, how to proceed. Kang still needs sufficient support from voting members to become the Spirit’s controlling owner. Her ability to convince debt-holders to convert to equity suggests she should have the support, but Kang still has work to do in order to confirm controlling ownership — not to mention any legal challenge which could follow from Baldwin.

The news is a blow for the competing prospective ownership group backed by billionaire Todd Boehly, who also has stakes in the LA Sparks, LA Lakers and LA Dodgers. In December, the Spirit announced they had entered into exclusive negotiations with Boehly’s group, despite reports — corroborated by The Equalizer — that the group was offering a valuation around $25 million while Kang was offering $35 million.

In 2019, Baldwin became majority owner Spirit, a role which Lynch had held since the league was founded in late 2012. Baldwin brought in Kang as an equity partner in late 2020, with Kang and Baldwin each holding equal ownership but Baldwin remaining as managing partner — and thus, the owner with a controlling interest and seat on the board. Lynch and Baldwin have traditionally voted as a block, which makes the NWSL board’s approval of new team voting members so important for Kang.

The Spirit came under investigation in August following a Washington Post report that head coach Richie Burke was abusive toward players. One day prior to that, the Spirit said Burke was stepping down for medical reasons. A league investigation, which concluded in late September, determined that the Spirit — led by Baldwin — had fostered a toxic environment. Burke was fired and banned indefinitely from the NWSL. The Spirit have been suspended from league governance since then, and remain suspended, a league spokesperson confirmed to The Equalizer on Saturday.

A few days after the release of that league report, Spirit players released a joint statement calling for Baldwin to sell the team to Kang. “Michele is the person we trust,” they wrote. Baldwin stepped down as CEO and managing partner that same day, a move which changed very little at the time regarding his status as controlling owner. Baldwin has since been focused on selling the team to anyone but Kang, and in December turned his negotiations exclusively to Boehly, who was joined by former college soccer player Jennifer Tepper Mackesy.

Despite the off-field turmoil, Washington went on to win the 2021 NWSL Championship. The Spirit did not lose a match they actually played since Burke’s exit in August, a stretch which included two forfeited games due to broken COVID-19 protocols. Kris Ward oversaw that run to the title as acting head coach and was recently appointed the team’s full-time head coach.

The NWSL Board of Governors released the following joint statement:

“Our collective focus is to create the best environment for the Washington Spirit players, fans, and team employees, and to operate the NWSL in a manner that supports excellence on the field of play and in front offices around the league. Our priority is determining what is in the best interest of the NWSL, Washington Spirit, its players, and the D.C. soccer community. We believe Y. Michele is fully committed to elevating this club and delivering for its players and it is now a matter for WSP shareholders to determine who holds a controlling interest. We are committed to allowing the required ownership process to be resolved in the appropriate, orderly manner. We will provide any additional updates once that process has taken place.”

The NWSL’s preseason is supposed to begin on Feb. 1, although that could be postponed if players go into a lockout as they try to hash out an inaugural collective bargaining agreement with the league. That is their plan, The Athletic reported last week, an outcome which appeared to be on the horizon with no CBA news to start the new year.