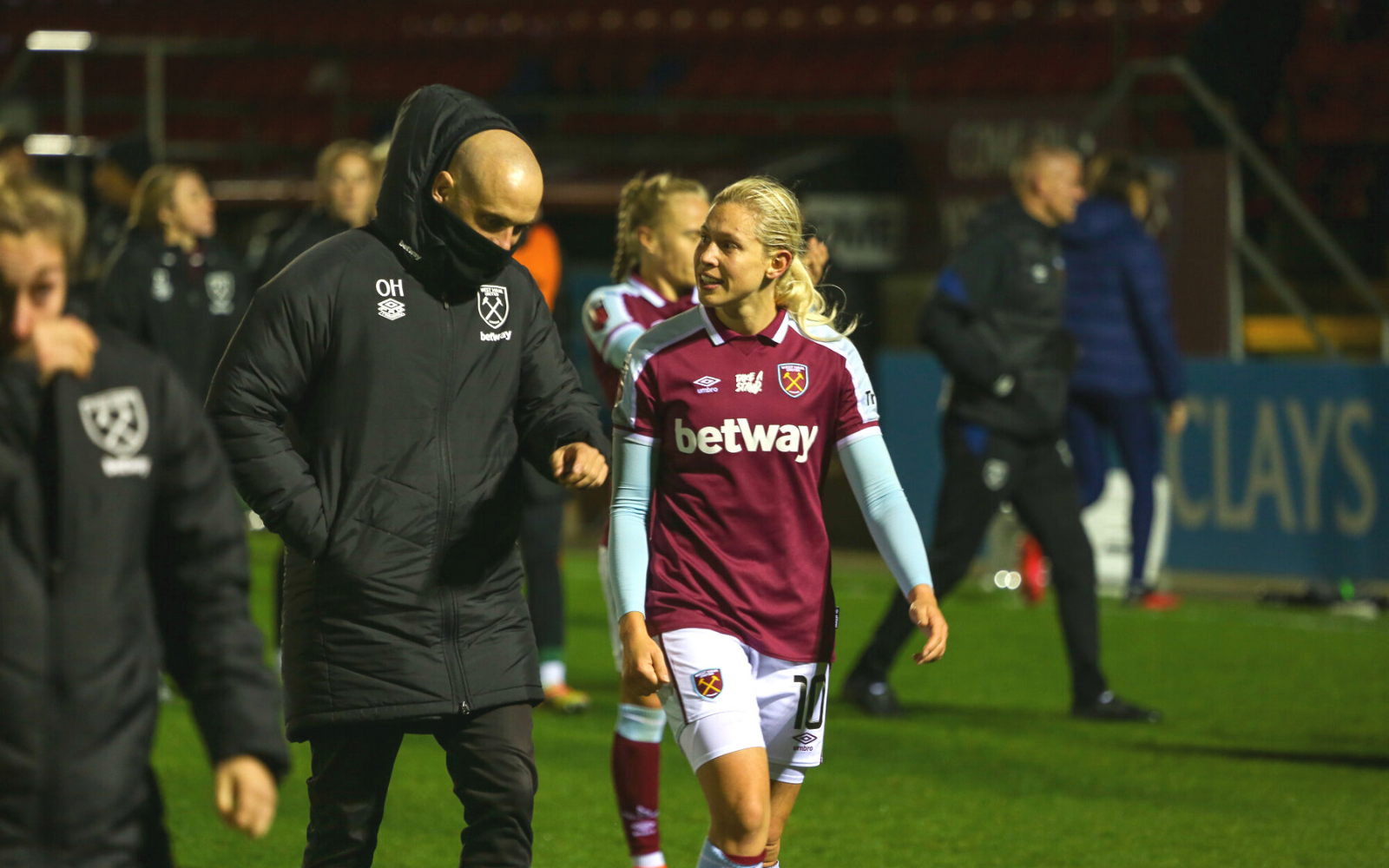 “Have some of that!” Those were the words of Kate Longhurst, a lifelong West Ham United fan, as she ran towards the television cameras, cupping her ears to rival supporters. She had just scored a late equalizing goal for her beloved club in last weekend’s London derby with Tottenham Hotspur. In a few different ways, that moment encapsulated this West Ham team: they are doing their own thing, and they aren’t afraid to ruffle some feathers along the way.

This time last year, the atmosphere was completely different. On Jan. 17, 2021, the Hammers lost 1-0 at home to Tottenham. They were mired in a relegation battle and had already changed managers. Matt Beard had been sacked, and Olli Harder was his replacement. That defeat to Spurs also happened to be Harder’s first FA Women’s Super League game in charge of the team.

Back then, things were looking ominous. Now, West Ham look like a team on the up, a team which plays with spirit, belief, and aggression. There is a clear tactical identity in place. And results have improved significantly. In their first three years of FAWSL soccer, they finished with goal differences of -18, -15 and -12. Their points per game never went higher than 1.15. This season, they are averaging 1.40 points per game and their goal difference is positive. Only Arsenal, in top spot, have lost fewer games.

Liga MX Femenil, Clausura Week 2: Chivas and Tigres draw; Toluca fights back for a draw at home
Why Ashley Lawrence is the epitome of the modern fullback