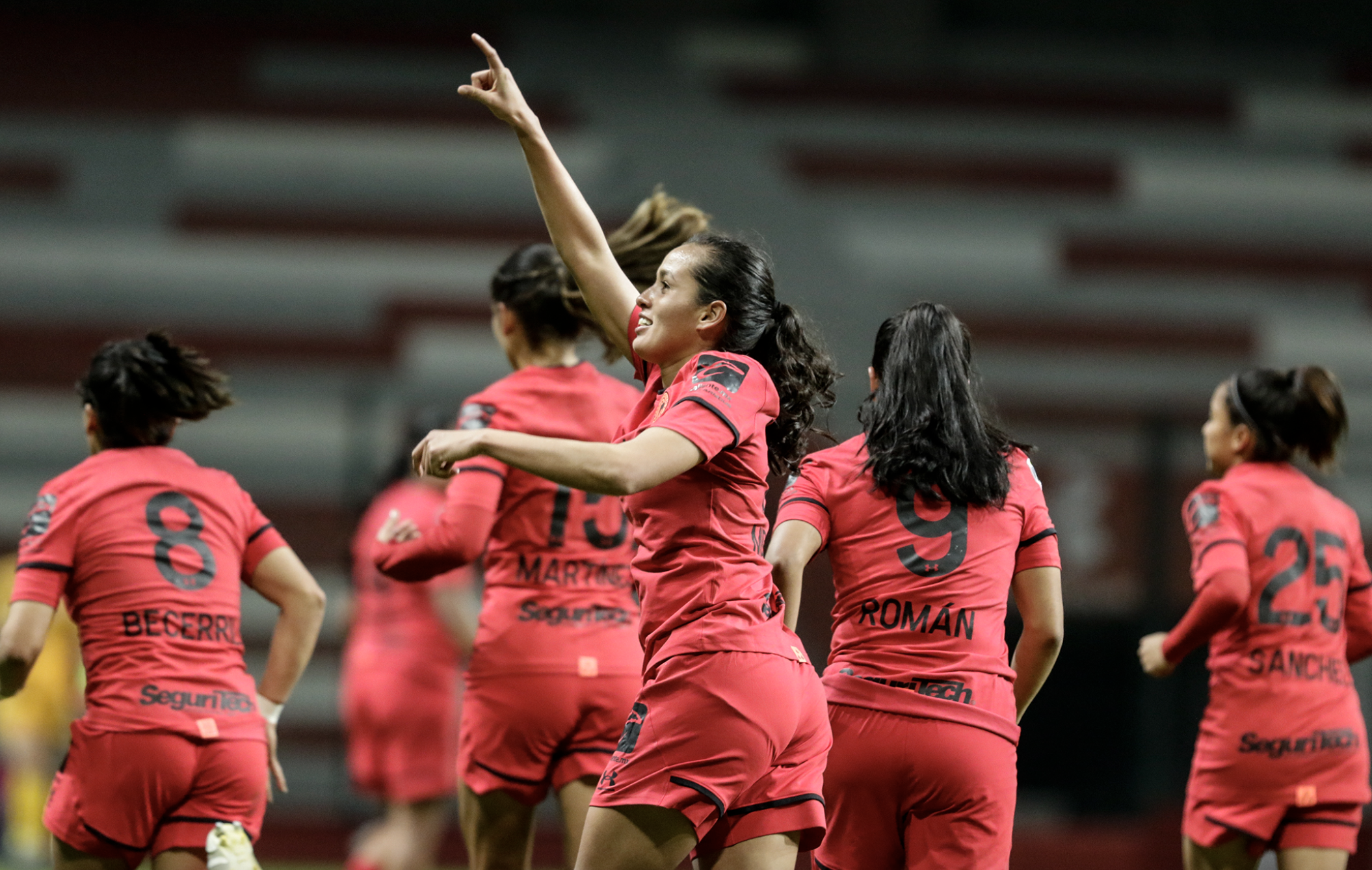 Due to two games being pushed back because of COVID-19 outbreaks, Liga MX Femenil lasted a little bit longer in Week 2 of the Clausura. There was one game on Tuesday and one on Wednesday; the week of action usually wraps up on Monday.

Both of those later games — Atlético San Luis vs. Cruz Azul, and Santos Laguna vs. Necaxa — finished in 1-1 draws. However, it was the action that was televised on TUDN that captured plenty of attention.

Tigres hosted Chivas in the second week of the Clausura with a 1-1 draw. While the scoreline doesn’t scream excitement, the game was not only a display of a great rivalry, but also an incredible goalkeeper battle. Both teams had chances aplenty, but Tigres goalkeeper Aurora Santiago and Chivas stopper Celeste Espino put on clinics.

It was a scoreless first half and then, after a quick break, the teams started to find their groove. Nigerian international Uchenna Kanu, who joined during the recent winter transfer window from Linköpings FC in Sweden, scored her first Tigres goal and the team celebrated in style.

Chivas equalized in the 62nd minute, courtesy of Joseline Montoya. The Tigres defense fell asleep on the cross, as Montoya slipped past her defender and, unmarked, did her impersonation of Dutch striker Robin van Persie’s diving header from the 2014 FIFA World Cup, shooting it past the stretched arm of Santiago.

This was the marquee match-up of the season, along with when either of these teams takes on Monterrey. For Chivas to go into Estadio Universitario — otherwise known as El Volcán — and earn a point is massive. Tigres, of note, was without Mia Fishel, who recently joined the team despite being drafted by the Orlando Pride in the NWSL. She recently had her first training with Tigres and could see her debut against FC Juárez on Jan. 24.

What a wild game this one was. Tijuana went from being up 1-3 at one point to giving up two unanswered goals to the home side, Toluca. The match finished as a 3-3 draw, with Toluca being the happier of the sides.

Tijuana got off to a hot start, with Sanjuana Muñoz scoring the opening goal in the 7th minute. Muñoz — who scored two of Tijuana’s goals — picked up the ball in the box and slotted it, at an awkward angle, past Toluca goalkeeper Wendy Toledo. Toluca equalized in the 24th minute, courtesy of Destinney Duron, who pulled off a middle of the pitch shot up and over Xolos goalkeeper Itzel Gonzalez.

In the 31st minute, Angelina Hix scored to put Tijuana up before heading into the locker room.

Muñoz scored her second goal in the 54th minute off a header in the box. Then, it was Toluca’s show, scoring two goals to finish the match with a 3-3 scoreline. Zaira Miranda hit a chip inside the box up and over the Xolos goalkeeper to bring Toluca within one. Then, it was Duron again who equalized, with five minutes left on the board, on another chip, but this time at a difficult angle.

Despite the draw, Muñoz currently is at the top of the goal-scoring tally in the league after Week 2. She also scored once last week against Santos Laguna.

After a week off due to COVID-19 cases, C.F. Monterrey, the reigning champions of the Apertura, kicked off their Clausura campaign with a road victory over Puebla.

Monterrey had two different goal-scorers, as well as an own goal from Puebla’s Ximena Cabanillas in the 67th minute. Rayadas got on the board first from Diana Evangelista in the 51st minute, as all the goals came in the second half. Evangelista hit a high ball inside the box that smacked off the crossbar and had a favorable bounce in goal. Daniela Solís put the final ribbon on the match with a goal off a rebound — Puebla goalkeeper Brissa Rangel saved Mónica Monsiváis’ header.

After missing out on the second leg of December’s Rayadas vs. Tigres final due to a concussion, striker Christina Burkenroad made her Clausura debut. She spoke recently with The Equalizer about her time with Monterrey, the growth of Liga MX Femenil and more.