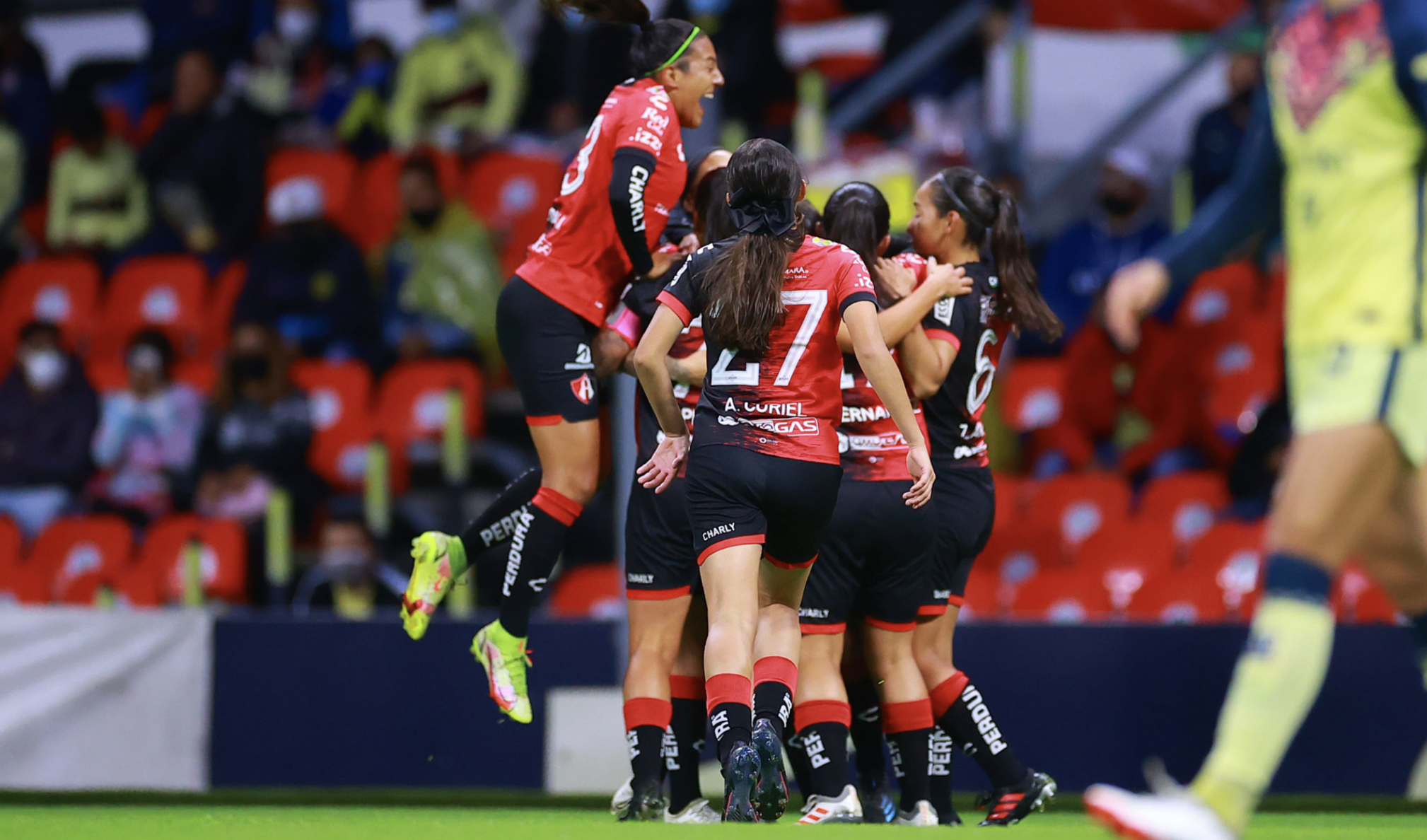 There are no long breaks in Mexico! Liga MX Femenil returned for the second half of the season — the spring season, known as the Clausura — this past weekend, only three weeks fresh off C.F. Monterrey’s victory in the Apertura — the fall season — over Tigres.

In Week 1, Monterrey did not compete, as they were slated to face off with Querétaro. However, a flurry of positive COVID-19 cases and quarantines have pushed the match back to Feb. 21. There is no indication yet if Monterrey will feature in Week 2 against Puebla.

Instead, there were eight matches this weekend in Mexico. Take a look at how it all went down!

Injuries are at it again! This could have been a huge match up due to one player, who was on the injury list: Alison Gonzalez. The 19-year-old — who will turn 20 at the end of the month — is currently battling a knee injury and is out for at least a majority of the Clausura season, if not the whole season. Gonzalez featured for Atlas from 2019-2021. América also picked up Katty Martinez from Tigres, who is also battling an injury but is on a short-term sideline spell.

This match was chippy on both sides. Atlas took the early lead on the road with a strike from Adriana Iturbide. However, all eyes were on América goalkeeper Natalia Acuña who made a major gaffe which led to an almost open-net goal from Atlas.

In the second half, Karen Luna was given her second yellow card — her first occurred in the 35th minute — in the 61st minute, sending her off on a red card. In total, counting the two Luna yellows and América head coach Craig Harrington receiving a card, there were six yellow cards in the match. Four minutes later, América received a chance to tie the match with a penalty. Janelley Farias stepped up to the spot and sailed her kick up and sailed it over the crossbar.

However, América did tie the match in the 76th minute. María Mauleon picked up a cross from Sarah Luebbert, who is on loan from the Chicago Red Stars, and shot up and over Acuña to tie the match.

Tigres bounced back from their Apertura Final loss to Monterrey with a 1-3 victory over Necaxa. This is a new-look Tigres team, who lost Martinez to América along with Maria Sanchez to the Houston Dash of the NWSL. In addition, Stephany Mayor had a suspension carry over from the Apertura and had to miss the match.

Lydia Rangel stepped up for Tigres, though. The 29-year-old scored twice in the first half to give Tigres the lead and momentum. In the 10th minute, Rangel scored from about 35-yards out, skipping the ball underneath the diving arms of Guadalupe Olvera.

Rangel scored in the 40th minute again, picking up a header from a teammate and knocking it in with her foot. Lizbeth Ovalle finished off the Tigres scoring in the 64th minute on a strike from the top of the box. Necaxa got on the board in the 81st minute, courtesy of Luciana Garcia. Rounding out the game of far-out-strikes, Garcia hit a wonder-strike past Aurora Santiago.

Chivas pulled out all the punches against Pachuca on Monday night. There were three different goal-scorers and three of Chivas’ goals came in the first half. Alicia Cervantes scored the brace for Guadalajara.

In the 6th minute, Cervantes picked up a picture-perfect cross from Kristal Soto and hit it past Pachuca goalkeeper Silvia Machuca. Pachuca got on the board in the 14th minute from Charlyn Corral. In the 15th minute Chivas doubled the lead with a slow-rolling ball into the net. The goal provided some controversy as she slammed into Machuca.

Michelle Gonzalez gave Chivas the 3-1 lead at halftime with a corner kick header into net. Chivas had one more goal in the 59th minute from Cervantes on another header inside the box, giving them all three points on the road.

How Birmingham City channeled their underdog spirit to beat Arsenal
‘From nowhere’ to FIFA Puskas nomination: The story of Ghana’s Sandra Owusu-Ansah