How Birmingham City channeled their underdog spirit to beat Arsenal 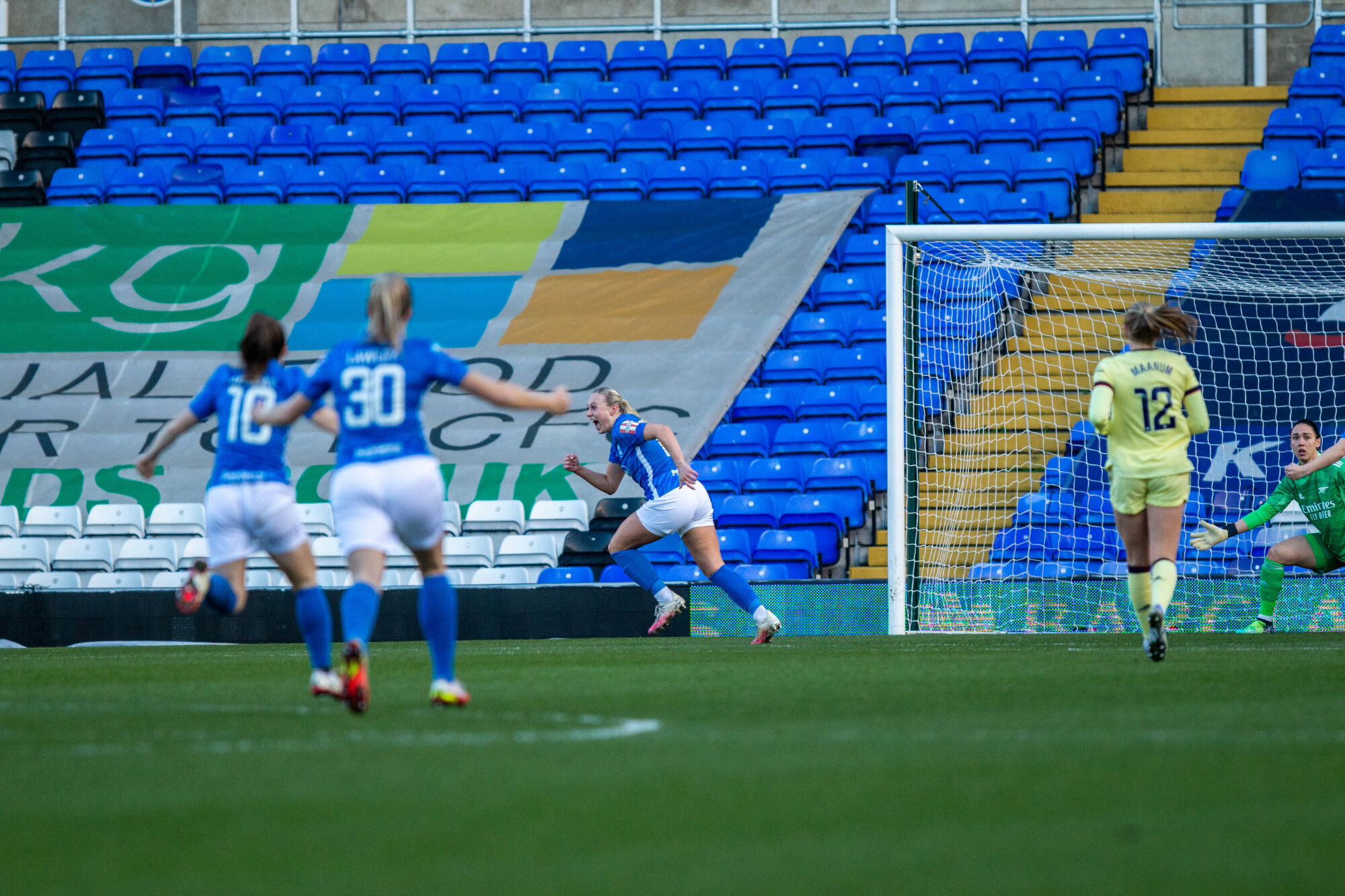 Four hundred twenty-one days. That is the length of time that passed between Birmingham City’s two most recent FA Women’s Super League wins. After victory over Aston Villa in November 2020, they failed to win again in their next 25 matches. During that barren run, there were seven draws and 18 defeats. Then, on Sunday, they stunned English soccer by beating Arsenal, the FAWSL’s table-topping side who were previously undefeated this season.

The upset came thanks to Birmingham embracing their underdog status and imposing themselves on their esteemed opposition in specific moments. Knowing that they couldn’t compete for possession in open play, the Blues took the opportunity to apply pressure from restarts. Jonas Eidevall’s league-leaders simply couldn’t cope and were forced into their worst performance of the campaign. By the final whistle, Birmingham had out-shot Arsenal 13 to 11, with seven on target to their opponent’s two. The end result of 2-0 was foreseen by precisely nobody, or at least nobody outside of Birmingham’s first-team staff.

In an increasingly competitive league where the gap between the best and the rest is shrinking each year, Birmingham felt destined for relegation. They survived last term by the skin of their teeth, finishing second-bottom and just two points above Bristol City thanks purely to a superb start orchestrated by Carla Ward.

Access the best women’s soccer coverage all year long
Start your FREE, 7-day trial of The Equalizer Extra for industry-leading reporting and insight on the USWNT, NWSL and beyond.
Subscribe
Existing Users Sign In Here
Related TopicsBirmingham CityExtraFAWSLFeatured