On the road again: How Perth is dealing with further scheduling effects of pandemic 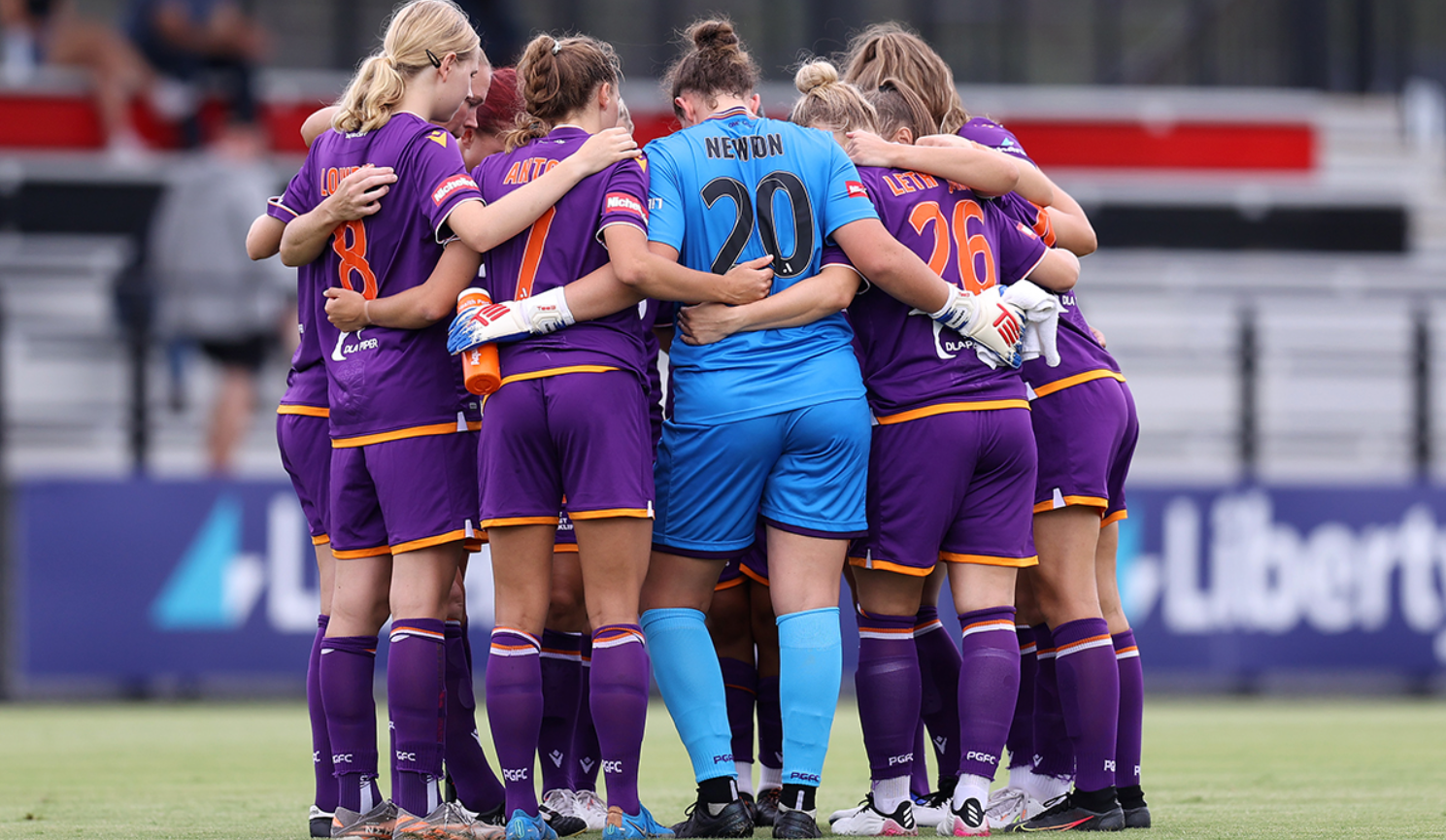 In his first season with the club, Perth Glory head coach Alex Epakis endured a difficult season in 2020-21, with the team finishing at the bottom of the table with only one point, while the club’s schedule was badly impacted by COVID-19. Even Epakis’ preseason preparations were disrupted because he had to quarantine for two weeks when he came into Western Australia and couldn’t coach during that time, leaving only ten days with his side before their opening match.

Now in year two, Epakis — who won three New South Wales league titles with the Sydney University Women’s Side in the NPLW — has the team off to seven points from their first four games, including two wins over Brisbane Roar to start the season. The Glory women, however,  though are again impacted by COVID and will not be able to return home until early February, – and that is if things go well.

“Last year was a difficult one,” Epakis told The Equalizer.. “We had a very young team and we lacked a little bit of experience in some key areas. I tried to utilize the off-season to scout far and wide to find the players that we needed to bring in to improve the team and that’s just not on the field, it’s also off the field.”

He brought in Danish international Mie Jans, who was part of Denmark’s Women’s EURO runner-up side in 2017, veteran Matilda Lisa De Vanna and American forward Cyera Hintzen (24), who has one goal in two games. Hintzen played this summer in Iceland with Valur and collegiately at the University of Texas.

Another change that Epakis has made is with the contracts of some of his players: “We’ve gone a bit against the grain and we’ve given players longer-term contracts, which is not very common in the competition over here, but it was something I thought was necessary so we could create long-term consistency.”

Still, the loss of home games this season undoubtedly has an impact on Perth, who usually enjoys its geography as an advantage.

“Coming to Perth and Western Australia from the East Coast is not an easy trip — we’re talking four hours [flight time] plus a time difference [three hours],” he said. “That typically works in Perth Glory’s favor. Unfortunately, last season and this season, it is not something we have to lean on… ….At least we are playing games at the moment.” He added that “It wouldn’t shock me if we have to stay here [in New South Wales] the entire season.”

Epakis pointed out that the changes have been difficult for the players, who are essentially on the road for weeks with the uncertainty of when they can return home, particularly as some have full-time jobs outside of football.:

“We’re trying to balance their maintaining a work commitment while also maintaining a football commitment from a different time zone. We’re not getting it perfect just yet in terms of finding that balance between allowing players to maintain their normal livelihoods away from football plus managing football. It’s something that will line out as the trip goes on. It’s been a big commitment from the players, from the staff and the club has done really well to assist where possible….We’re just trying to make it as normal as possible for everyone.”

For a league that has always developed young players, Alex Epakis, at the age of 30, is an example of a young, talented and savvy coach who is working his way up the Australian coaching circuit and is one to watch in the future. This season, he has another challenge on his hands with Perth and the effects of the pandemic.

Perth hosted Canberra at Western Sydney Wanderers’ home field on Jan. 4 and came away with a scoreless deadlock, in a match had been postponed from Round 3, leaving Canberra winless on the season.

This match was postponed due to COVID positive cases found in the Newcastle Jets camp.

Adelaide United used first half goals from Dylan Holmes (who played 10 games with Hacken in Sweden this past season) and Chelsea Dawber to defeat Canberra United 3-1 away on Jan. 8. Adelaide is firmly in the playoff hunt with 9 points.

New Zealand international Hannah Wilkinson scored her league-leading eighth goal of the campaign as City defeated the Phoenix 4-0 on Jan. 9.

Second year forward Bryleeh Henry (18) scored the only goal of the game from the penalty spot in the 65th minute as Western Sydney won on the road in Brisbane on Jan. 9.