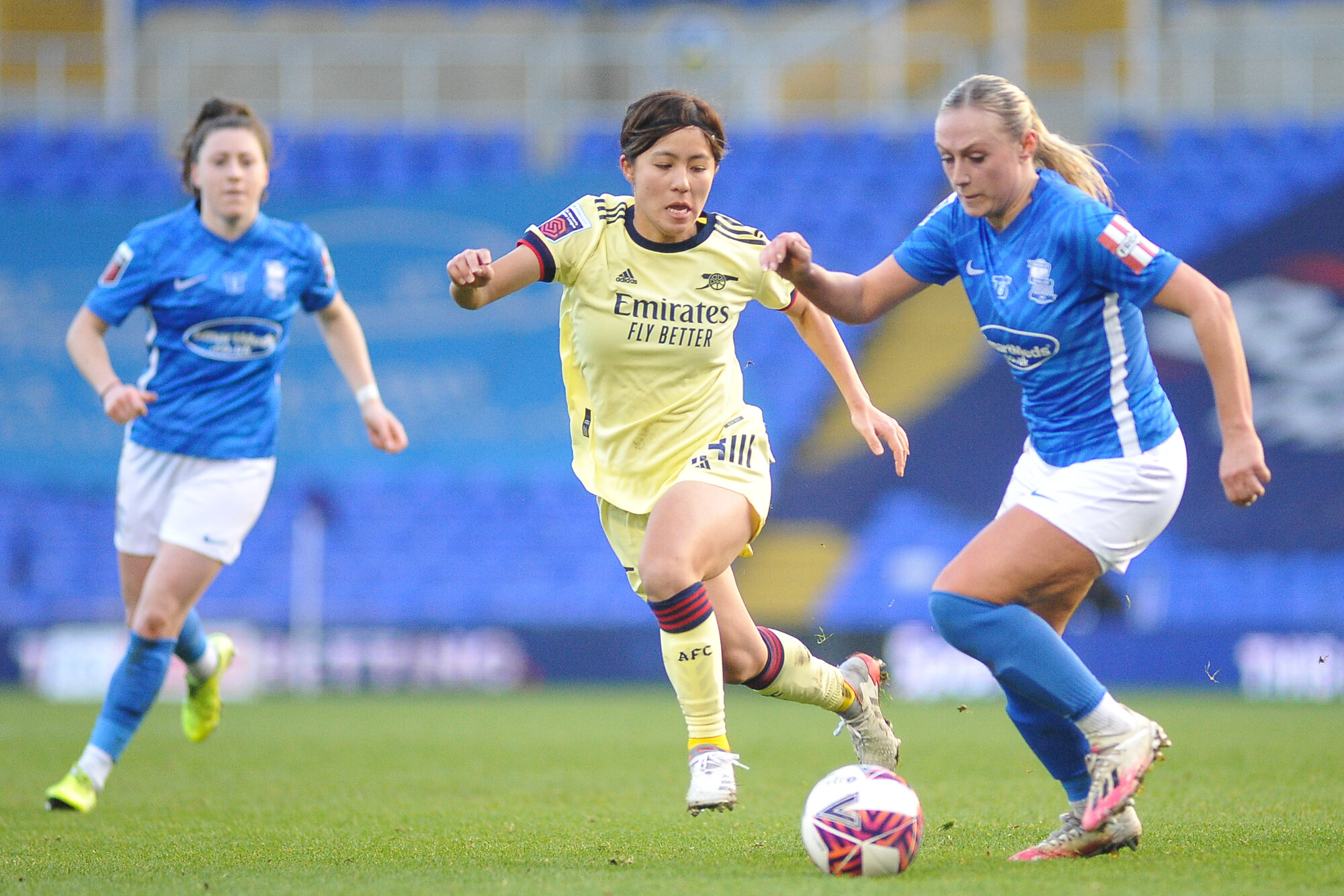 After a long holiday break, the FA Women’s Super League didn’t disappoint in its return this past weekend. Though a number of matches were postponed due to COVID-19 (there were a combined 40 positive tests in the FAWSL and FA Women’s Championship between Dec. 28 and Jan. 3) the three matches that went ahead featured bottom of the table Birmingham City thoroughly defeating league leaders Arsenal. Read on for the latest WSL news and highlights.

A fantastic performance by Birmingham — who didn’t win a match for the entire 2021 calendar year — handed Arsenal their first defeat of the WSL season on Sunday.

In just the third minute of play, Birmingham’s Lucy Quinn was able to completely cut open Arsenal’s defence with a through ball to Libby Smith. Smith’s shot beat Arsenal keeper Manuela Zinsberger — who could have done much better on the play — for the opener.

And before the halftime whistle, Arsenal’s dismal defending let them down once again. The Blues’ Jamie Finn sent in a cross toward Arsenal’s penalty area, and centerback Jen Beattie fumbled the clearance, setting the ball perfectly in the path of Viki Sarri for the finish.

Down two goals to nil, Arsenal’s attempts at a comeback were extinguished time and time again by Birmingham. The visitors were thoroughly outplayed on the day — 50-50 balls in the midfield were lost, passes were sloppy, and they were outshot 13-11, with just one shot landing on target.

Hypothetically speaking, a one-off loss like this might not be too concerning in the grand scheme of a long season. But for Arsenal, Sunday’s loss continued the club’s poor run of form in the month of December. In all competitions, Arsenal have now lost four of their last five matches (and have been outscored 13 to 5). And it’s not just the losses that are troubling — it’s the shambolic defending match after match, and inability to create quality chances too.

With Chelsea now trailing by just four points (and with a game in hand), Arsenal manager Jonas Eidevall’s response in a busy January — while missing the Aussies to the Asian Cup — will define the season.

Blackstenius’ rumoured next move — On Friday, BBC Sport reported that “Arsenal are favourites to win the race” to sign Swedish international Stina Blackstenius. The prolific forward scored 17 goals and had eight assists with club BK Hackenx in the Swedish Damallsvenskan last season. She is currently out of contract.

Matildas in the WSL & the Asian Cup — Chelsea’s Sam Kerr was named to the final, three-player shortlist for The Best FIFA Women’s Player 2021 award on Friday. The final selection will be revealed at the Best FIFA Football Awards on Jan. 17. She is up against recent Ballon d’Or winner Alexia Putellas and her Barcelona teammate Jenni Hermoso.

Meanwhile, 10 Australian internationals that play in the WSL have been selected to the Matildas squad for the AFC Asian Cup from Jan. 20 to Feb. 6. These players will miss additional time too, as Australia’s prep camp begins on Jan. 10.

Other high profile WSL players that will be away include Mana Iwabuchi (Arsenal, Japan) and Ji So-yun (Chelsea, South Korea).

Manchester City 6, Brighton & Hove Albion 0 — Steph Houghton and Lucy Bronze both returned from long injury layoffs in City’s 6-0 win over Brighton on Sunday. Brighton managed to keep things scoreless in the first 45, but the dam broke after the halftime whistle. Goals from Lauren Hemp, Georgia Stanway, Lara Coombs, Hayley Raso and Vicky Losada (and an own goal by Brighton) earned the three points for the visitors.

Reading 1, Leicester City 0 — Natasha Dowie scored the lone goal in Reading’s win over Leicester on Sunday. Her superb finish — a lob over Leicester keeper Demi Lambourne — ensured that Reading’s unbeaten streak was extended to six games (five wins and one draw dating back to Oct. 10).

On the road again: How Perth is dealing with further scheduling effects of pandemic
How Birmingham City channeled their underdog spirit to beat Arsenal