Key 2022 women’s soccer dates to put on your calendar 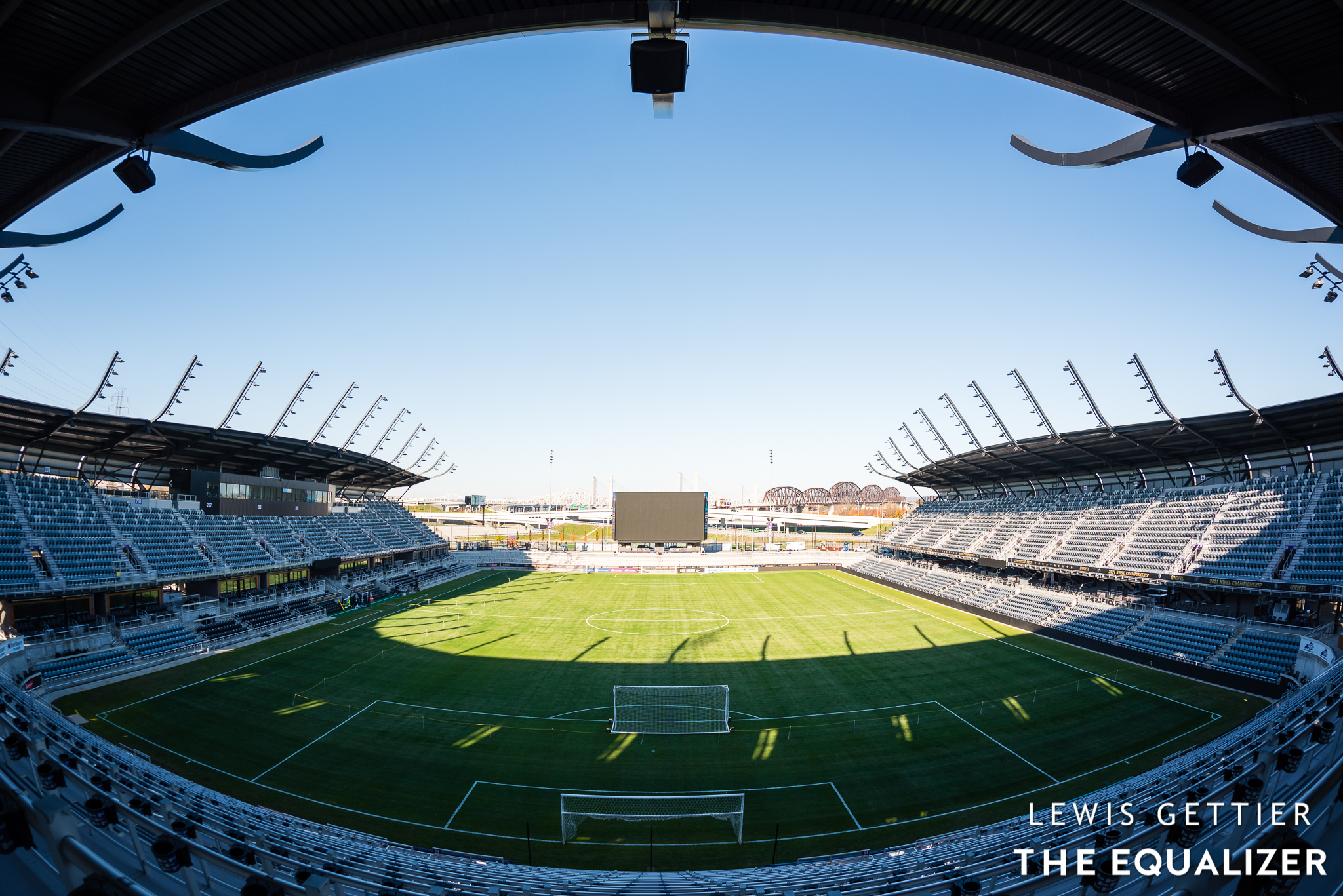 The New Year is here, and it is a busy one in women’s soccer. There are all the major leagues we follow and cover here, from the National Women’s Soccer League and Liga MX Femenil, to the big leagues in Europe. Then there is a load of World Cup qualifying for the 2023 edition of the tournament, which will be the biggest yet at 32 teams. If you haven’t cleared your July, you’ll want to: 11 teams will qualify directly from tournaments that month, in addition to the EUROs taking place.

Need to plan your year? We have you covered. Here’s a (non-exhaustive but comprehensive) list of some major dates to keep an eye.

This year’s annual United States women’s national team camp stands to look a lot different than the usual ones, with head coach Vlatko Andonovski evaluating new, young talent to see if those players are ready for World Cup qualifying and the big stage in 2023. We won’t get to see any games, but this camp will shape who makes the SheBelieves Cup roster in February. Subscribers get inside access to Andonovski’s plans for balancing the integration of new players with veterans waiting in the wings.

That’s right, they are right back at it in Mexico, two weeks after C.F. Monterrey prevailed over Tigres in the Apertura final. Opening weekend of the new campaign is spread out over four days.

This edition of the AFC Women’s Asian Cup will take place in India and comes well before the slew of World Cup qualifying tournaments this summer in other confederations. Five teams will qualify directly from this 12-team tournament, while two more will qualify for the intercontinental playoff set for February 2023. How will they qualify? That gets a little complicated based on where Australia finishes, since the Matildas are already qualified as co-hosts of the 2023 World Cup (read full rules here), but in simple terms, winning a quarterfinal after the group stage books a ticket.

This is the same preseason reporting date as last year, which was the earliest in league history. Many players complained about the extended length of preseason, which was shaped in part by a Challenge Cup that took place before the regular season. This year, the Challenge Cup will be even longer. A major question hanging over this date on the calendar is whether the NWSL Players Association and the league have agreed to a first collective bargaining agreement. If that hasn’t happened, it is possible we don’t see players report on time depending on the nature of those talks. And, of course, there is the ongoing COVID-19 pandemic which will shape scheduling.

Czech Republic, Iceland and New Zealand are the opponents this year in a less glamorous SheBelieves Cup. The first two doubleheaders will be outside of LA and the final set in Frisco, Texas. Again, this is where we can expect to see a bunch of players new to the national team scene. Why the weaker-than-usual opponents? Competing tournaments and travel is one answer, U.S. women’s national team general manager Kate Markgraf explained exclusively to subscribers of The Equalizer.

The Challenge Cup is back for a third edition and the second time as a tournament before the regular season. Another way of putting that is a preseason tournament. This year, there will be three groups of four in a double round-robin format, with the three group winners and best second-place team making the semifinals.

Bayern Munich vs. PSG, Real Madrid vs. Barcelona, Juventus vs. Lyon, and Arsenal vs. Wolfsburg are the quarterfinal matchups, which will play out over two legs. Barcelona are the holders and favorites to repeat. The other three matchups offer varying levels of intrigue.

The 2022 NWSL Challenge Cup final will be broadcast live on big CBS, so the league will be looking to make it a showcase event. One team will win the first trophy of the new season.

This season will see 12 teams play a balanced schedule — each with one home game and one away game against each of the other 11 teams — which is a major positive. The league says it will “significantly limit the number of games that occur during FIFA windows, ensuring the league’s most accomplished players are able to compete for club and country with relatively few conflicts compared to recent years,” but you can bet the NWSL isn’t taking all of July off and, well… see below.

The final will be at Juventus Stadium in Turin, but the date still has not been confirmed by UEFA.

May 8 is the final weekend of play in England’s FAWSL, and it’s May 15 in Germany’s Frauen-Bundesliga. Spain’s Liga Iberdrola and Italy’s Serie A each end that same weekend, and they appear to once again be foregone conclusions for Barcelona and Juventus, respectively, to be crowned champions. France’s D1 Arkema wraps on June 4, but the defining PSG-Lyon return fixture takes place May 28. Expect Liga MX playoffs (the Liguilla) to wrap up in early June.

Morocco will host the tournament which will see four teams from Africa qualify directly for the 2023 World Cup, while another two will advance to the intercontinental playoff.

Guadalajara, Mexico, is expected to host World Cup qualifying, putting the event in Mexico for the first time since that famous World Cup qualifying tournament in 2010, when the U.S. lost to Mexico in the semifinals and had to beat Italy in a two-leg playoff to become the last team to qualify for the 2011 World Cup. This time, four teams will qualify for the World Cup directly, with two more advancing to the intercontinental playoff. This new Concacaf format is also double jeopardy to keep every game interesting right through the final. The tournament winner will also qualify for the 2024 Olympics, while the loser of the final and the winner of the third-place game will play in a playoff later for a second berth to the 2024 Olympics.

One year after its originally planned date, the UEFA Women’s European Championship will take place in England. The Lionesses will hope to lift the trophy on home soil, guided by head coach Sarina Wiegman — who was in charge of the Netherlands when they won the last edition in 2017. Former Portland Thorns coach Mark Parsons will be in charge of the Dutch on their quest for a repeat.

South America’s qualifying tournament will see three teams qualify directly, with two more making the intercontinental playoff. Colombia — who vied to host the 2023 World Cup but lost in a vote to Australia/New Zealand — will host the tournament.

The longest (and most proper) confederation qualifying campaign concludes in Europe on Sept. 6, when the nine group winners will be confirmed as automatic qualifiers for the 2023 World Cup. All nine group runners-up will be entered into a playoff.

The six worst runners-up will play in the first round, with the other three teams advancing to the second round. Three winners will emerge from first-round playoff ties to play in the second round. Of those three winners from the second round, two will qualify directly for the World Cup and the third will be entered into the intercontinental playoff. How will the two be determined? Based on an aggregate points total from all group matches (except against sixth-place teams) and playoff results. Complicated? Just a little.

South America’s continental club championship in Ecuador, with the champion receiving a record $1.5 million USD. The runner-up will earn $500,000 USD.

Six of the 12 NWSL teams will qualify for the playoffs, which will take place in October. The Championship will be the weekend of Oct. 28. There is a FIFA window from Oct. 3-11, so expect the playoffs to start after that.

It sounds like the NWSL Draft will be in December going forward. That was the case in 2021, the first time that it did not take place in January, which is usually the case for in-person drafts to align with the United Soccer Coaches Convention.

Everton and the evergreen state of flux
On the road again: How Perth is dealing with further scheduling effects of pandemic