A player at the table: Sydney Miramontez retires to join NWSLPA 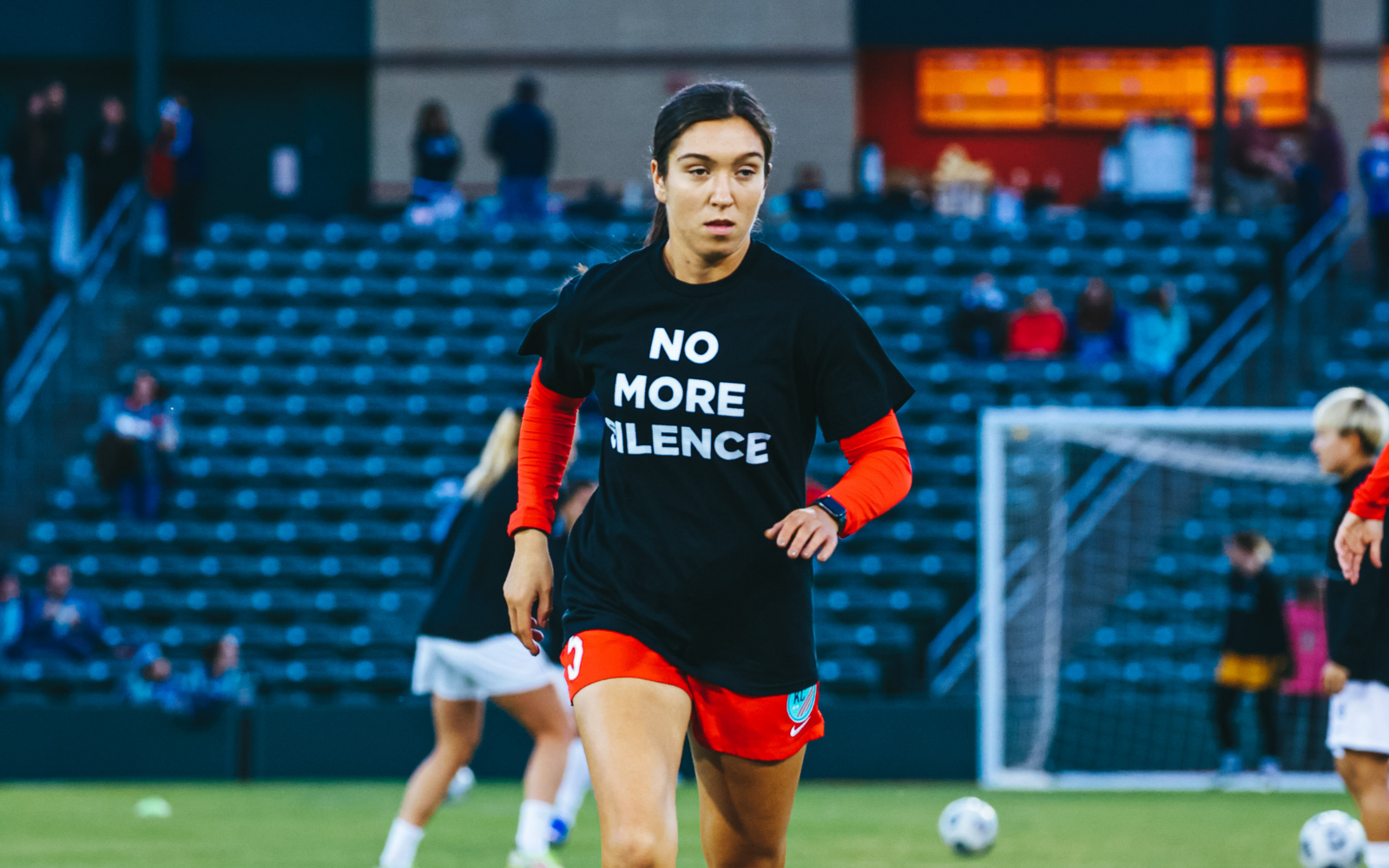 A realization of the lack of player power and agency in the National Women’s Soccer League has been one of the more poignant lessons from the ongoing, months-long fallout in the league following reports of abusive behaviors fostered within various team environments. The power dynamics are created in part by the league’s single-entity structure which restricts players from formally controlling their ability to change teams within the league. The NWSL Players Association is aiming to improve those conditions through ongoing negotiations for a first collective bargaining agreement.

Players are already at the bargaining table, but now one of their own will be part of the NWSLPA’s formal leadership. Sydney Miramontez begins her role as business agent for the NWSLPA on Jan. 1, 2022, doubling the union’s full-time staff. It’s a small but significant step for the NWSLPA, which only became legally recognized three years ago. Former professional player turned attorney Meghann Burke became the PA’s first full-time employee earlier this year, when she was announced as executive director.

Miramontez, who retired from playing at the end of the NWSL season which concluded last month, will be tasked with overseeing all the PA’s business affairs and relieving Burke of some items on her demanding workload. Miramontez will bring experience she says players appreciate given the trying recent few months and the ongoing collective bargaining negotiations.

“It’s important to have a player in this role that the current players can trust and know that they’ve lived this experience.” Miramontez told The Equalizer. “They are going to be making decisions that are in our best interest because they’ve lived it.”

Miramontez, whose younger sister, Sinclaire, plays in the NWSL and was recently picked up by OL Reign, first retired two years ago, in part due to health issues and partly because she was curious about life outside of soccer, she said. She entered the job market the same week that the COVID-19 pandemic shut down the world in March 2020, meaning her dream of working at an advertising agency — to apply her studies from the University of Nebraska — would have to wait. Miramontez took a remote position working as an account coordinator for an online food ordering service for her first exposure to the corporate world. She also participated in the Harvard Crossover into Business Program, which helps athletes transition to the business world. Still, the itch play remained.

Utah Royals FC’s demise led to the return of the NWSL to Kansas City in December 2020. Miramontez grew up in Kansas City and remains there today. She returned to the field in 2021 for the team now known as the Kansas City Current, a squad which had a challenging year and finished in last place after a hurried start to the franchise.

Miramontez says she did not put any expectation on herself regarding how much longer she wanted to play after she returned to professional soccer. In addition to her on-field play, she served as a team representative for the NWSLPA and was an active member of the bargaining committee. It is from those experiences that Burke knew Miramontez had interest in becoming more involved in the PA, and an initial conversation eventually led to the PA’s second full-time employee, who comes straight from the recently active player pool.

“For every player, you’re going to have ups and downs,” Miramontez said. “Just as the season went on, I think I found that my ability to be able to contribute was showing more and more off the field. I think I’m just getting to a place in my life as well where I want to be able to make an impact and feel really good about what I’m doing every single day. It’s still hard to think that I’m not going to play soccer, because I absolutely love it; I think I just got to a place where I can start to impact the soccer world in a different way, and I haven’t really felt that before. When that realization hit, and having conversations with Meghann, and where I was contractually at the end of the season, it just seemed like the right timing, it seemed like the right move. It gets me started on this long-term career that I know I’ve been searching for the last couple of years.”

Burke is “a superhero” for the number of items she has been tasked with juggling, according to Miramontez, who in her new role will oversee all business affairs for the PA, from CBA-related items to partnerships and licensing.

“A big part of this role will be to safeguard and enforce players rights once this goes into effect,” she said.

Miramontez also feels that resources have slowly improved in the league. She made her debut with the now defunct FC Kansas City, which folded amid financial difficulties and failure to meet league minimum standards. She then followed the franchise to Salt Lake City, where Utah Royals FC enhanced players’ lifestyles but only briefly; Dell Loy Hansen agreed to sell the team last year, following allegations of racist and sexist behavior. The Kansas City Current recently unveiled plans to build a training facility and stadium, each of which they say will be privately funded.

News out of Kansas City, along with OL Reign’s move to Lumen Field for its home venue in 2022, point to tangible progress of minimum standards within the league. There is, however, still much room for improvement — five of the NWSL’s 10 teams in 2021 dismissed a coach for cause — and both of those things can be true.

For Miramontez, the NWSLPA offers a start to her long-term career — one, she says, she knew would not be playing soccer — in a space she knows well. Her ability to jump from playing to creating change off the field is also proof, she says, that there are many ways to stay involved in the game.

“There are things that I wish could have been different about my career and it’s now my motivation to change that for the next generation,” she said. “I feel confident that they will see that in me, but I think that we are at the turning point for women’s soccer. The more people that we get involved in the women’s game that have lived the women’s game, is so important to being able to change it and make it sustainable for generations to come. I hope that serves as an example for players that there are so many different ways you can still stay involved in the game, as long as you are willing to get involved and ask the questions and try different things.”

‘I look back with a little smile’: Vanessa Gilles took the long road to Angel City FC, NWSL
The Lowdown: The NWSL Draft isn’t going anywhere, and it shouldn’t