‘I look back with a little smile’: Vanessa Gilles took the long road to Angel City FC, NWSL 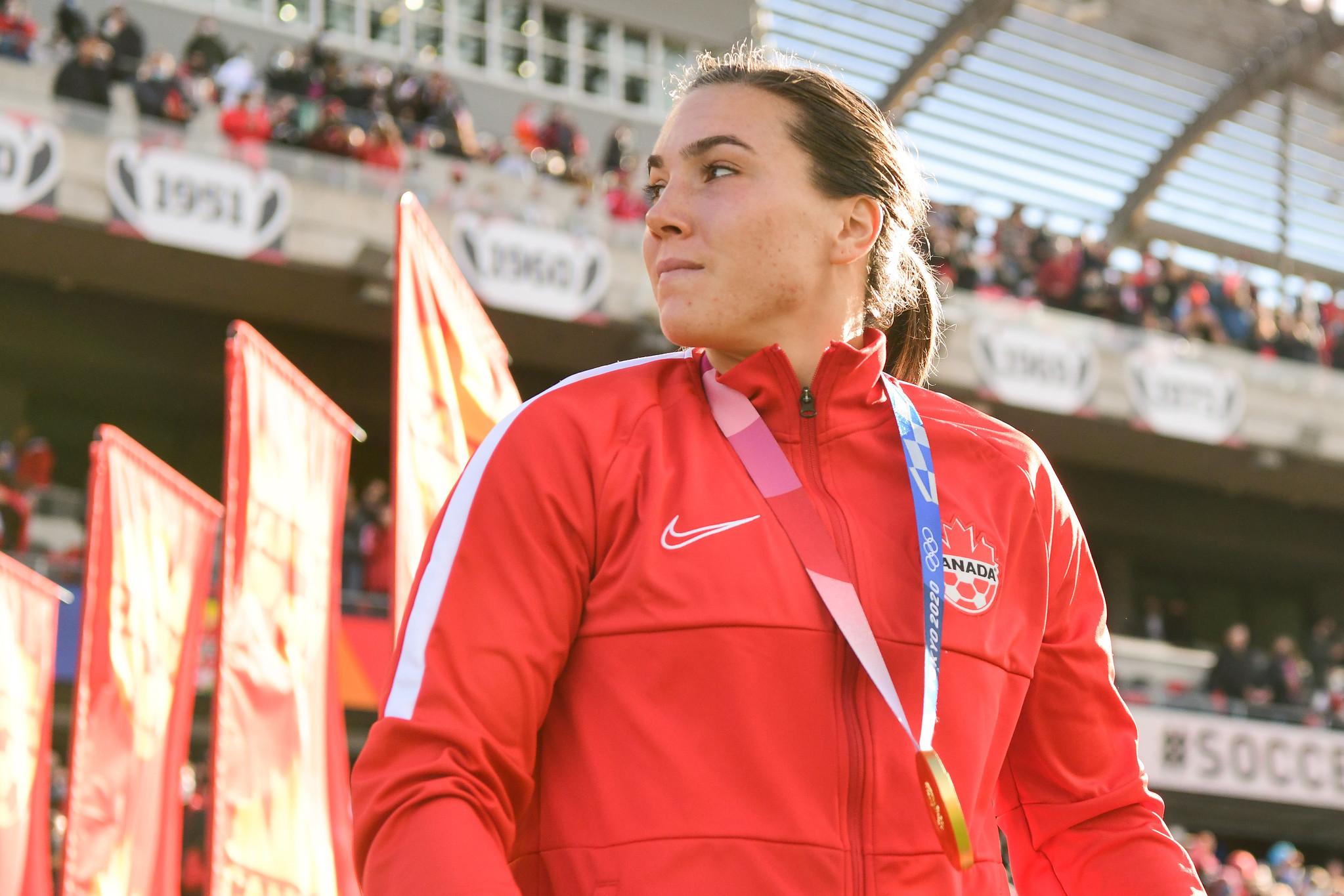 Vanessa Gilles is still relatively unknown globally, but that is quickly changing. This time last year, Gilles had just two senior caps with Canada. She made her national team debut in November 2019. Her second appearance came as the world shut down due to the COVID-19 pandemic in March 2020.

In her first game as Canada’s head coach, Bev Priestman showed her confidence in Gilles by starting the center back against the United States at the 2021 SheBelieves Cup. It was in that match where Gilles stepped up and put on a defensive clinic, leading both teams in clearances.

It would be Gilles’ only match at the 2021 SheBelieves, but she left a positive impression on Priestman and her teammates. Shelina Zadorsky bestowed Gilles with the nickname, “The Magnet.”

Gilles’ trajectory rose sharply from there. Gilles was instrumental in Canada’s run to the Tokyo Olympics gold medal this summer, and last week she was announced as a defender for 2022 National Women’s Soccer League expansion team Angel City FC. The club made the rare move to pay a transfer fee of over $50,000 to French side Bordeaux to acquire Gilles immediately.

Now 25 years old, Gilles has come a long way from just three years ago, when she signed her first professional contract with Apollon Ladies FC in Cyprus. In an exclusive interview with The Equalizer, Gilles said she cannot pinpoint exactly what helped her career take off, but she appreciates how she handled each challenge so far.

“I’ve been lucky that opportunities have come about at the right moments and have helped me through it,” Gilles said. “When I went to Cyprus, I didn’t think I’d be able to play professionally. I didn’t get drafted [to the NWSL] and I was scrambling for a team. They were the only team that gave me an opportunity to play. The same thing with Bordeaux, they gave me an opportunity along the way; I’ve been lucky in my opportunities. I’m someone that’s always been hungry for more. I can’t pinpoint one thing, but a little bit of luck and opportunities.”

Access the best women’s soccer coverage all year long
Start your FREE, 7-day trial of The Equalizer Extra for industry-leading reporting and insight on the USWNT, NWSL and beyond.
Subscribe
Existing Users Sign In Here
Related TopicsExtraFeaturedVanessa Gilles

The Equalizer Podcast: Draft x 2
A player at the table: Sydney Miramontez retires to join NWSLPA