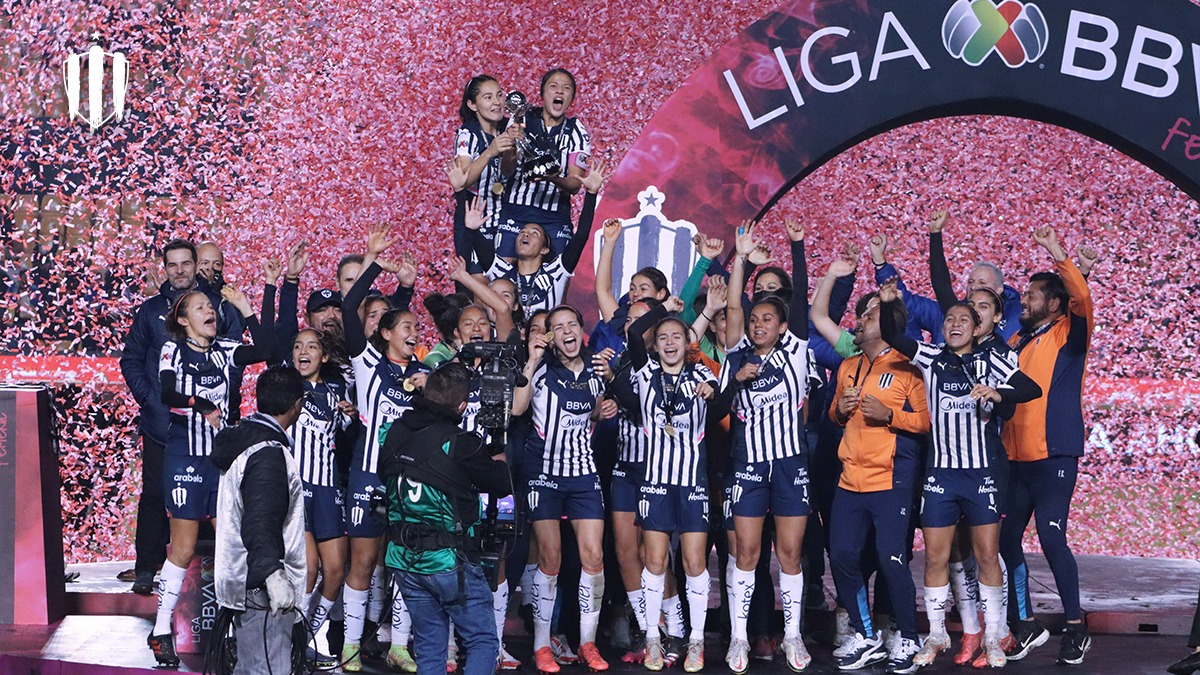 Monterrey won its second Liga MX Femenil title on Monday, defeating rival Tigres in a penalty shootout after the two teams played to an even 2-2 aggregate score over two legs. Rayadas goalkeeper Alejandría Godínez made two stops in the shootout and got some help from the woodwork to deny Tigres a fifth trophy.

Leg 1 ended tied, 2-2, setting up a juicy match for Leg 2. For a moment, it seemed like Tigres could have been in grave peril, with an own goal from Cristina Ferral to kick off things in the 11th minute. Ferral looked like a striker instead of a defender trying to clear the ball out.

Thankfully for Ferral, teammate Greta Espinosa came to the rescue with an equalizer just eight minutes later. Stephany Mayor hit the crossbar with a solid strike and Espinoza was at the right place, taking her spot in front of goal and tapping in the rebound.

Rayadas grabbed the lead at home heading into halftime, with a Lizette Rodriguez tally in the 40th minute. After a 50-50 ball was headed by two players, the ball fell right to Rodriguez, who headed the ball in an empty net. However, Tigres had the last laugh with another equalizing goal in the 71st minute. It was Mayor who edged out her defender, Mariana Cadena, with her body and then chipped Godínez.

However, not as lucky for Mayor was her suspension. Mayor was handed down a two-game suspension after hitting Diana Garcia, who was visibly bleeding from her nose. Mayor missed Leg 2 as a result and will serve her second match suspension in the Clausura campaign in winter-spring of 2022.

Meanwhile, Christina Burkenroad left the match in the 26th minute, being replaced by Rodriguez, after a head collision, resulting in her revealing a concussion diagnosis.

If there was a word to describe the second leg of the Gran Final, it would be “chippy.” There was no shortage of physicality in this match — and that’s even without Mayor on the pitch.

There were head-turning collisions and non-calls from the officiating crew. However, through 90 minutes, neither side could net a game-winning goal in front of the sold-out crowd at Estadio Universitario, home of Tigres. In fact, the storyline from the second leg — in addition to the Gran Final and the chippiness — was the viewership. Broadcast on TUDN, the Tigres Femenil Facebook page also had a stream going. At one point, the stream reached more the 107,000 viewers.

Maria Sanchez had a few good looks on net for Tigres, but could not find the winner. Alex Godinez was in net for Rayadas and remained lucky to stay in net after some collisions with Tigres players. After 90 minutes, the match went straight into penalty kicks.

When it came to penalties, it was all Monterrey’s show. After successful first attempts from both sides, Tigres had two-straight attempts saved by Godínez, on kicks taken by Nancy Antonio and Lizbeth Ovalle. Finally, with a chance to save Tigres’ fate, Nayeli Rangel stepped up to the spot and rang her shot off the post — the third-straight failure to convert for Tigres.