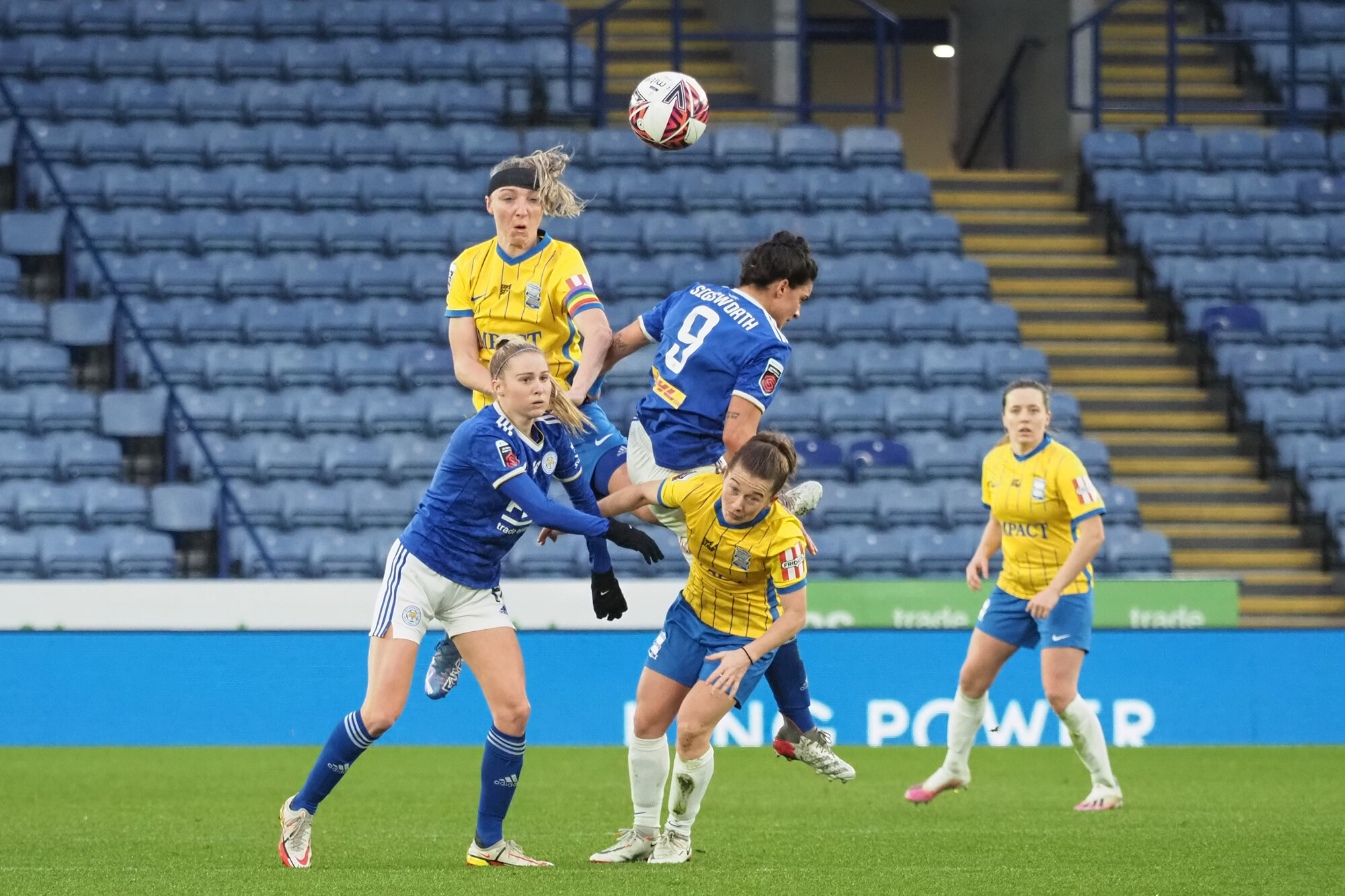 With three matches postponed this past weekend due to COVID positives, it was a quiet Sunday in the FA Women’s Super League. Spurs kept their spot above the green line in the top three of the table, while a win from United leapfrogged them (for the time being) over Brighton and into fourth. Meanwhile, it was a historic day for Leicester, as they recorded their first ever WSL win. Read on for all the week’s news and highlights:

Sunday’s historic win for Leicester brought them out of the bottom spot in the table and ahead of opponents Birmingham.

The Foxes opened the scoring early. Sophie Howard picked up a loose ball on the edge of the area and curled her first time shot beautifully around Birmingham keeper Marie Hourihan.

The Blues had a great chance to equalize in the second half when Jade Pennock got on the end of a cross near the penalty spot, but her shot sailed over the bar. Shortly after, it was Leicester who scored next to add a second. Off of a corner kick, defender Samantha Tierney perfectly timed her run through the penalty area and got her head on the ball. Her powerful header was too much for Hourihan, who managed to get a hand to it but couldn’t keep it out.

It was an emphatic three points for the Foxes, especially after some close results earlier in the season (1-0 losses to Everton and Brighton).

Midweek Champions League disappointment — Arsenal and Chelsea had a rough go of things last week in the Champions League. Arsenal was routed 4-1 by Hoffenheim, but luckily managed to secure their place in the quarterfinals, as they had a better goal differential (by one) in the group stage compared to Hoffenheim. Meanwhile, Chelsea didn’t have such luck. They lost 4-0 Wolfsburg, and – while even on points with Juventus – were knocked out of the competition due to a worse goal differential.

After the match, Chelsea manager Emma Hayes said that anxiety over a potential COVID outbreak significantly contributed to her squad’s defeat, as two members of her team tested positive prior to the trip to Germany. (Sure enough, the team’s WSL match on the weekend was postponed due to more positives).

And to make matters worse for the defending WSL champions, captain Magdalena Eriksson went off injured in Thursday’s match.

Jen Beattie wins prestigious award — On Sunday, Arsenal’s Jen Beattie was awarded the BBC Sports Personality of the Year Helen Rollason award, which recognizes “outstanding achievement in the face of adversity.” Beattie was diagnosed with breast cancer in October 2020, and returned to play for club and country after surgery and treatment late last year. Since her diagnosis, she has been a vocal advocate regarding the need for early cancer screenings.

Barclays sponsorship continues — On Wednesday, Barclays announced the extension of their sponsorship of the FAWSL for three more years. Their release mentions that “Barclays will invest more than £30 million in women’s and girls’ football over the period from 2022-2025, doubling the existing investment.” The renewed deal means that the bank will also become title sponsor of the FA Women’s Championship for the first time, starting with the 2022/2023 season.

Tottenham Hotspur 1, Everton 0 –– Jessica Naz’s superb, upper 90 finish wins my goal of the week award. The willingness to take her defender on, the touch to create separation, the shot, and last but not least, the celebration made for a brilliant sequence on Sunday. Spurs cap off the year in third place, while Everton sit in a disappointing ninth.

Manchester United 5, Aston Villa 0 — A brace from Ella Toone, and three more from Katie Zelem, Lucy Staniforth, and Martha Thomas secured the points for United over Aston Villa on Sunday. That’s two wins in a row now from Marc Skinner’s side.