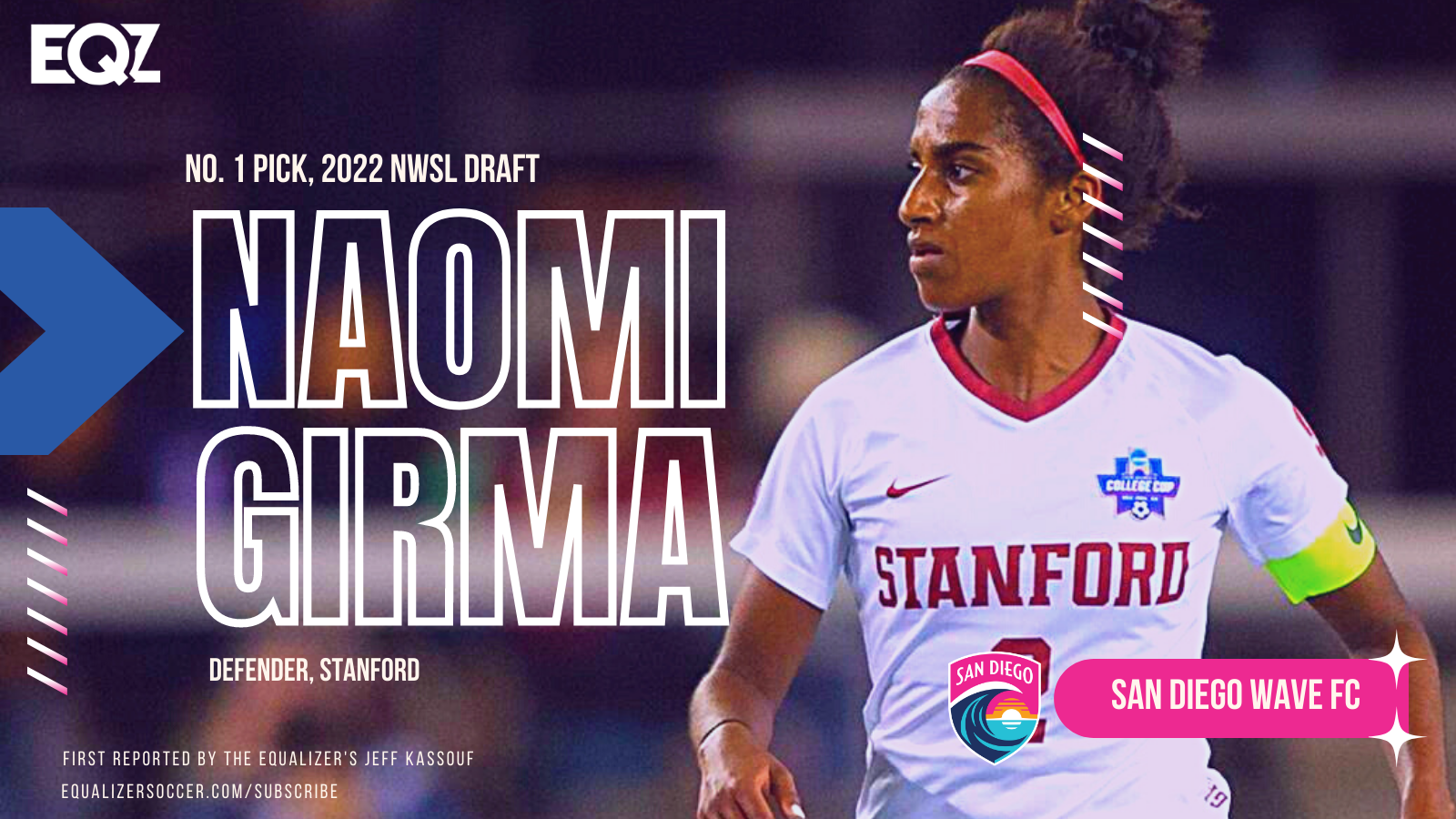 San Diego Wave FC selected Naomi Girma with the No. 1 overall pick in the 2022 National Women’s Soccer League Draft on Saturday. Many pundits expected Jaelin Howell to be selected first overall, but The Equalizer’s Jeff Kassouf reported on Friday that San Diego preferred Girma based on the way head coach Casey Stoney wants to play. The Wave confirmed the news by selecting the Stanford defender first overall.

Girma is the fourth No. 1 overall pick out of Stanford University in the past five editions of the NWSL Draft.

If you missed our Twitter Spaces recap, you can listen on demand here:

Below you’ll find a pick-by-pick recap of the draft, along with trades that took place along the way.

Trades (in chronological order of announcement)

For all trades and transactions, follow our up-to-date tracker.

— OL Reign today announced that it has traded midfielder Kelcie Hedge to Houston Dash in return for the 21st overall pick in the 2022 NWSL Draft and $15,000 in allocation money.

— OL Reign trades Leah Pruitt and Celia Jimenez Delgado, along with the No. 10 overall pick in the ’22 NWSL Draft and a 2023 NWSL Draft natural second-round pick with the Orlando Pride; OL Reign acquires Phoebe McClernon.

— OL Reign trades its 15th overall pick in the ’22 NWSL Draft to Washington, acquires $85,000 in allocation money from Washington.

— NC Courage trade the NWSL rights to Deanne Rose to Orlando Pride in exchange for the No. 29 overall pick. Courage use the pick on Haleigh Stackpole, forward/midfielder from Ole Miss. Rose currently plays for Reading FC in England.