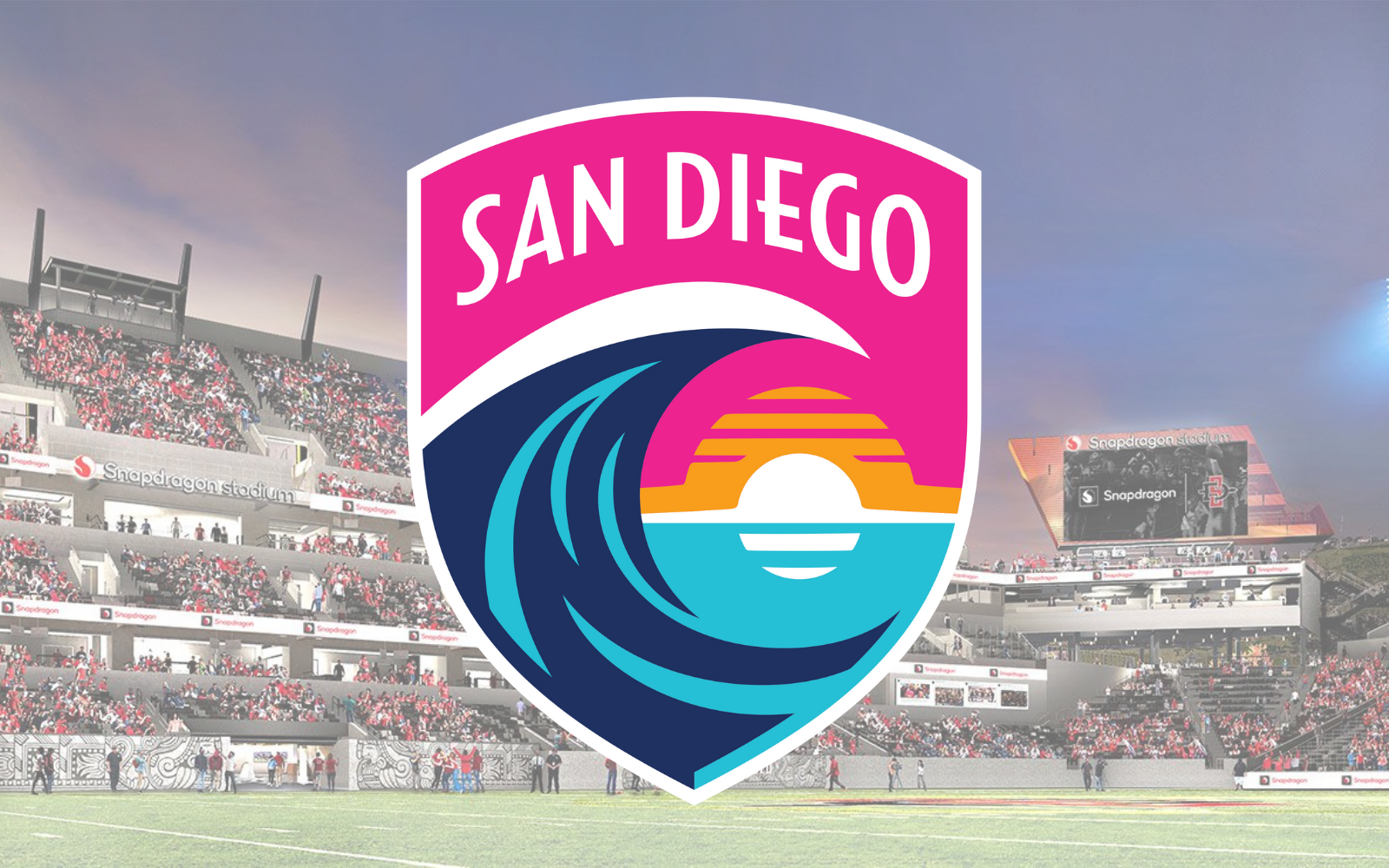 San Diego Wave FC will play home games at San Diego State University’s new Snapdragon Stadium when the venue opens in September, the club announced. The Wave will play those games with a pink-and-blue crest, the team also unveiled on Wednesday.

The 35,000-seat Snapdragaon Stadium is being built in the Mission Valley area of the city. The school’s football team will be the primary tenant, but the stadium was built with soccer in mind for field width and sightlines.

“Snapdragon Stadium provides elite facilities for our players and premium amenities for our fans,” Wave FC president Jill Ellis said.  “From day one, we set out to deliver an unrivaled gameday experience for fans that matches the energy and quality of soccer on the field.”

Wave FC will play at the University of San Diego’s Torero Stadium in 2022 — its inaugural season in the National Women’s Soccer League — until Snapdragon Stadium is ready for use.

Ellis was joined by Alex Morgan and Abby Dahlkemper at an unveiling on Wednesday in San Diego which also revealed the team’s colors and crest. The club said the blue and pink colors are meant to represent the ocean and the horizon, and the crest is “celebrating the beauty, fun, and vibrant culture of the city and its people.”

“We are thrilled to unveil our colors and crest that have been inspired by San Diego’s beauty, it’s culture and the sheer power of the Pacific Ocean,” Ellis said. “We are confident that our players and fans near and far will enjoy wearing our crest and colors while proudly representing and supporting San Diego Wave Fútbol Club.”

Dahlkemper was the club’s first official acquisition. Morgan is still technically on the Orlando Pride’s roster until the trade window re-opens at 9 a.m. ET on Friday, even though San Diego already announced her acquisition. Orlando acknowledged a trade was in place but declined to comment on specifics. San Diego announced Morgan’s “signing” on Monday but made no mention of a trade, a move which is expected to bring a fine from the league office.

The Lowdown: Coaches mull the chaos of the NWSL’s double-draft week
Reign move to Lumen Field for home games to settle in Seattle, once and for all