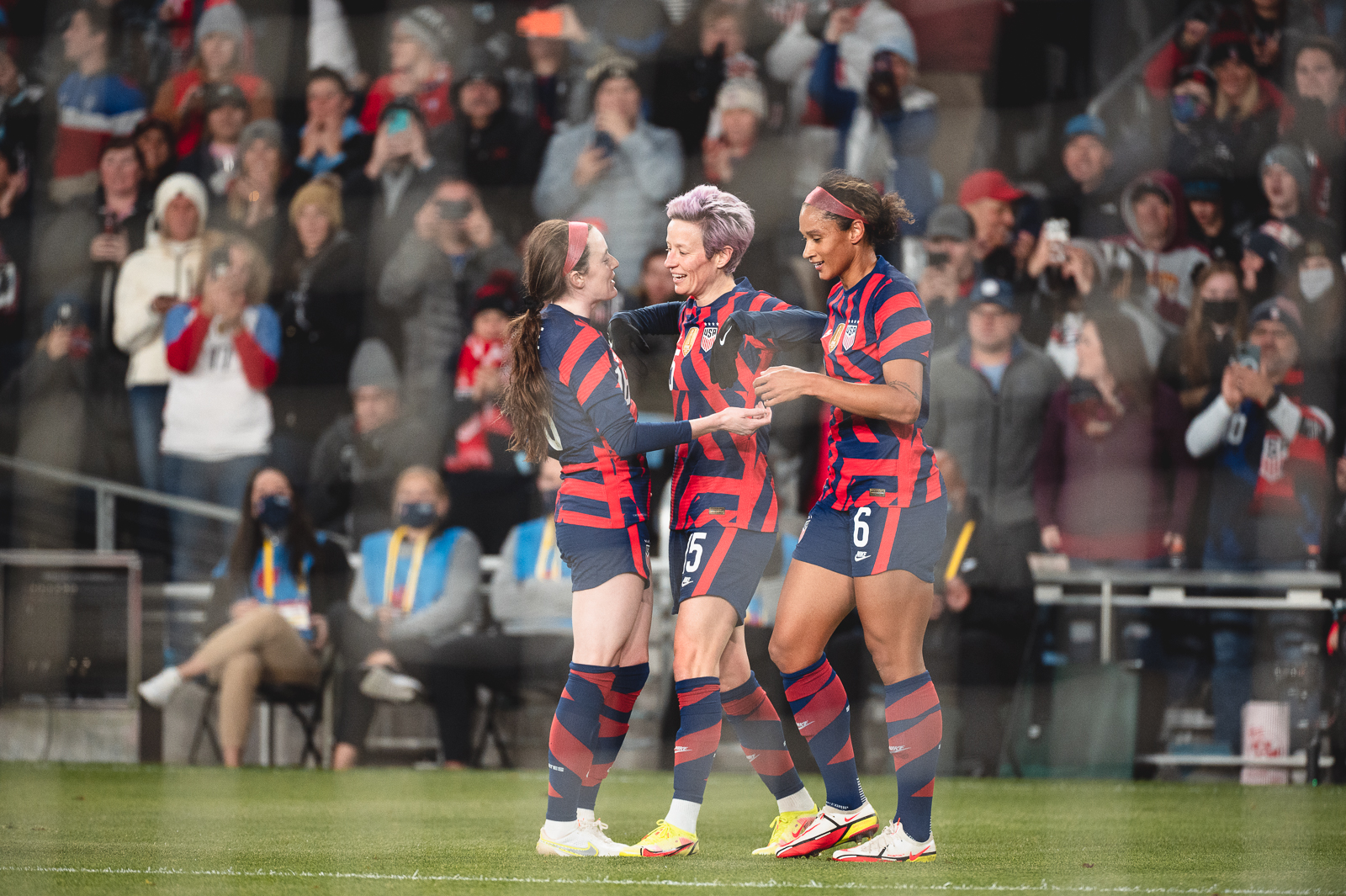 U.S. Soccer and the United States Women’s National Team Players Association have signed a memorandum of understanding to extend the current collective bargaining agreement, which was due to expire at the end of the year, to March 31, 2022. Additionally, the two parties agreed to end the federation-player system (commonly known as NWSL allocation) which has been in place since the National Women’s Soccer League’s inception in late 2012.

The extension of the current collective bargaining agreement allows the parties an extra three months to agree on a new deal. The league-wide scandals which rocked the NWSL — where most Americans play — delayed some of the negotiations between U.S. Soccer and U.S women’s players as the NWSL took precedent. The current CBA being extended includes a no-strike/no-lockout clause.

News of the extension to negotiations, and the abolition of the NWSL allocation system, officially came on the same day that U.S. women’s players filed their appeal in the equal pay lawsuit against the federation. That legal battle largely looks at owed backpay, but it directly informs the ongoing negotiations and relationship between the federation and its women’s players.

U.S. Soccer said in a statement that, “while we hope and believe that CBA negotiations will be completed much sooner than March 31, 2022, we wanted to ensure we had sufficient time to reach an agreement.” The USWNTPA said: “We remain committed to good faith negotiations, but we will ensure that our players and our fans know when USSF is misrepresenting what is happening in our discussions.”

The end of U.S. Soccer paying its players to compete in the NWSL means that all U.S. national team players will now be paid directly by their NWSL clubs and will have their club employment represented by the NWSL Players Association, which is currently negotiating with the league on an inaugural CBA. Much of this was expected; The Equalizer first reported on the shift nearly a year ago, noting that many across the league expected the allocation system to go away in 2022. The Portland Thorns kicked off the trend of transitioning U.S. players to NWSL standard contracts — using allocation money to pay them well above (in these cases, over double) the NWSL maximum salary of $52,500 — by signing Lindsey Horan and Crystal Dunn directly.

Last week, the Chicago Red Stars announced that they had signed Tierna Davidson, Casey Krueger, Alyssa Naeher and Mallory Pugh — all U.S. federation players in 2021 — to NWSL standard contracts. The Equalizer confirmed that allocation money was used in all four cases. All teams will need to follow the trend to for 2022 given the end of federation pay.

U.S. federation players made either roughly $93,000 or $99,000 for their play in the NWSL in 2021 — a significant increase from the original CBA terms due to the longer NWSL season. In order for an NWSL team to retain a players’ rights while transitioning her from federation pay to a standard NWSL contract, the team must make a qualifying offer of at least 65% of that federation salary (at least $60,450), but deals for U.S. players have been signed for well over that, including several for six figures.

Crucially, abolishing the NWSL allocation system also means getting rid of the cap on players abroad. In the past, depending on the year, a maximum of four contracted U.S. women’s national team players (that is, a player on a guaranteed contract for her play on the national team) could play abroad and keep the national team contract (the limit was three in 2021 and zero in 2019). Now, there is no cap, meaning more players are free to go play abroad without jeopardizing their U.S. national team pay. Clubs, players and the federation — which is no longer the manager of the NWSL’s front office — have been working toward this final outcome over the past two years.