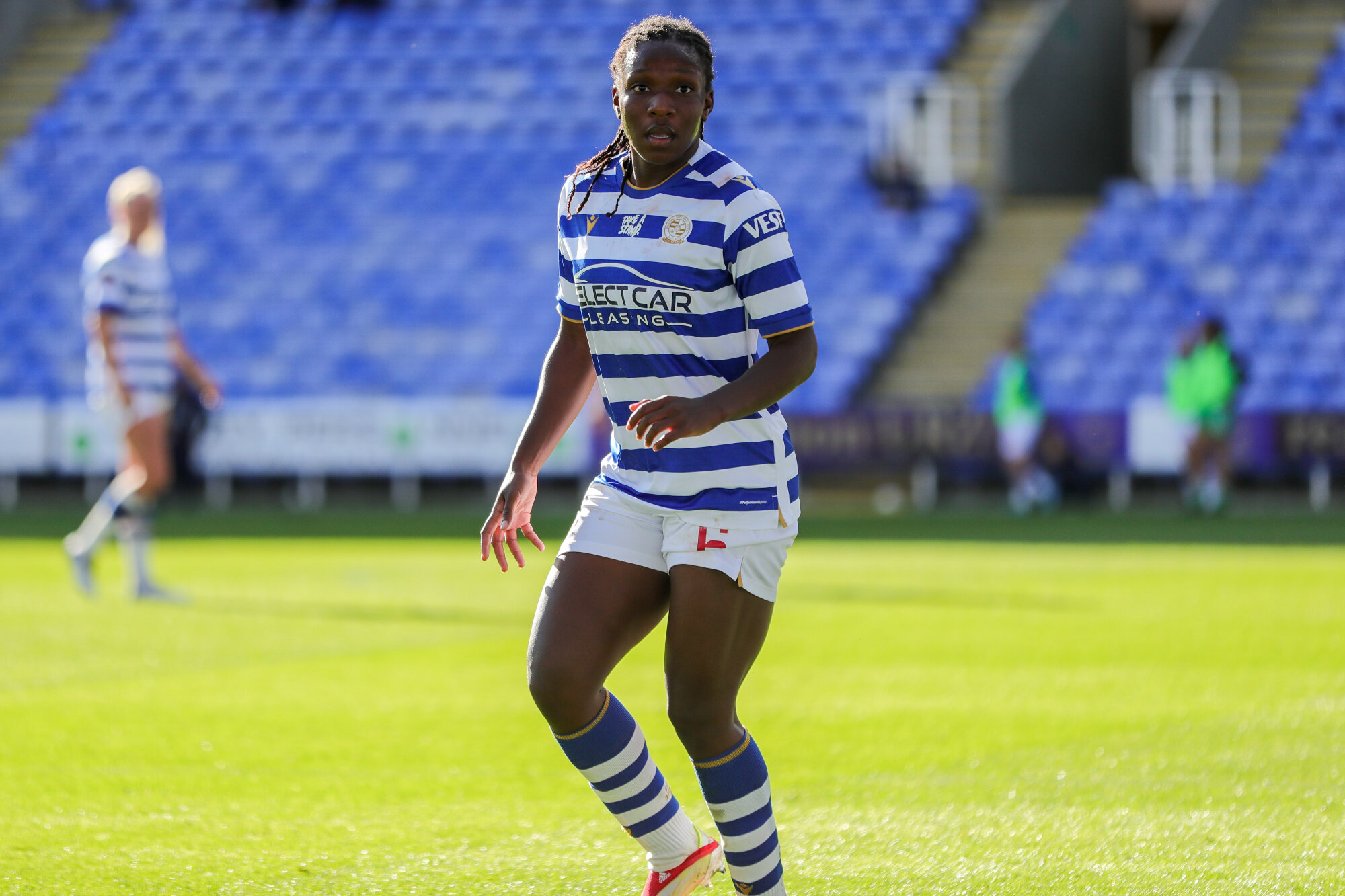 Reading’s stunning upset over Chelsea on Saturday threw a wrench in the Blues’ plans to close the gap on Arsenal in the FA Women’s Super League. Meanwhile, Spurs maintained their spot in the top three, and United’s defeat over Brighton made things a bit more crowded down the table. Catch up on the weekend action from England below!

Reading striker Deanne Rose got her squad on the board on Saturday in just the fourth minute of play. The danger began when Rose picked up the ball deep in her own defensive half. She surged halfway down the field, still with the ball, until she laid it off to Emma Harries, who sent it back to Rose. Rose took one touch, and expertly finished past Chelsea keeper Zećira Mušović. Rose has recorded three goals and two assists so far this WSL season, her first as a professional.

Not to take away from the brilliant sequence the Canadian international produced, but the badly timed lunge by Jess Carter before Rose’s layoff, and Millie Bright’s inability to get across to challenge the striker left much to be desired defensively for Chelsea.

As one would expect, Chelsea were on the front foot after conceding, and their best chance of the first half came from a free kick opportunity, when a shot by Bright had to be saved off the line in a last ditch effort by Reading defender Gemma Evans.

While Chelsea enjoyed the lions share of possession, and recorded 18 shots (five on target), Reading’s storied defending continued into the second half, and their opponents could not find the back of the net.

Considering Reading’s form coming into Saturday’s match – a four game unbeaten run, now extended to five – as well as Chelsea’s crowded schedule – three games in six days – it was a perfect storm for the upset.

WSL squads in the Champions League — Chelsea drew Juventus on Wednesday in UWCL action, while Arsenal suffered a thorough 4-0 home defeat to reigning champions Barcelona on Thursday. The European action continues midweek in the final group stage fixtures, as Arsenal travel to play Hoffenheim on Wednesday, and Chelsea will make the trip to Wolfsburg on Thursday.

Arsenal 4, Leicester City 0 — First half goals from Jordan Nobbs, Vivianne Miedema, a red card to Leicester’s Jemma Purfield, and a second half brace from Frida Maanum (two goals in two minutes, that is) told the story of Arsenal’s thorough win on Sunday. After two rough matches (last Sunday’s 3-0 FA Cup Final loss to Chelsea, and the loss to Barcelona in the Champions League), Arsenal fans must be happy to see their side back to winning ways.

Tottenham Hostpur 2, Aston Villa 1 — A cheeky early goal by Villa’s Remi Allen was cancelled out by a converted penalty by Tottenham’s Kyah Simon, and a match winner by Rachel Williams. The win keeps Spurs above the green line, in the top three of the table.

Manchester City 3, Birmingham City 2 — City narrowly escaped dropping points on Sunday. Falling behind by two goals early, they managed to claw their way level by the halftime break. But the squad couldn’t find a winner in the second half until the 89th minute, when Bunny Shaw beat her defender down the wing, setting up the finish for Ellen White. Off the field, both Janine Beckie and Keira Walsh tested positive for COVID, and were thus not in City’s match day squad.

Everton 1, West Ham United 1 — After a first half goal by American striker Zaneta Wyne gave West Ham the lead, Everton’s Toni Duggan rescued a point for her side in the second half. It was Duggan’s first goal back as an Everton player after eight years away.