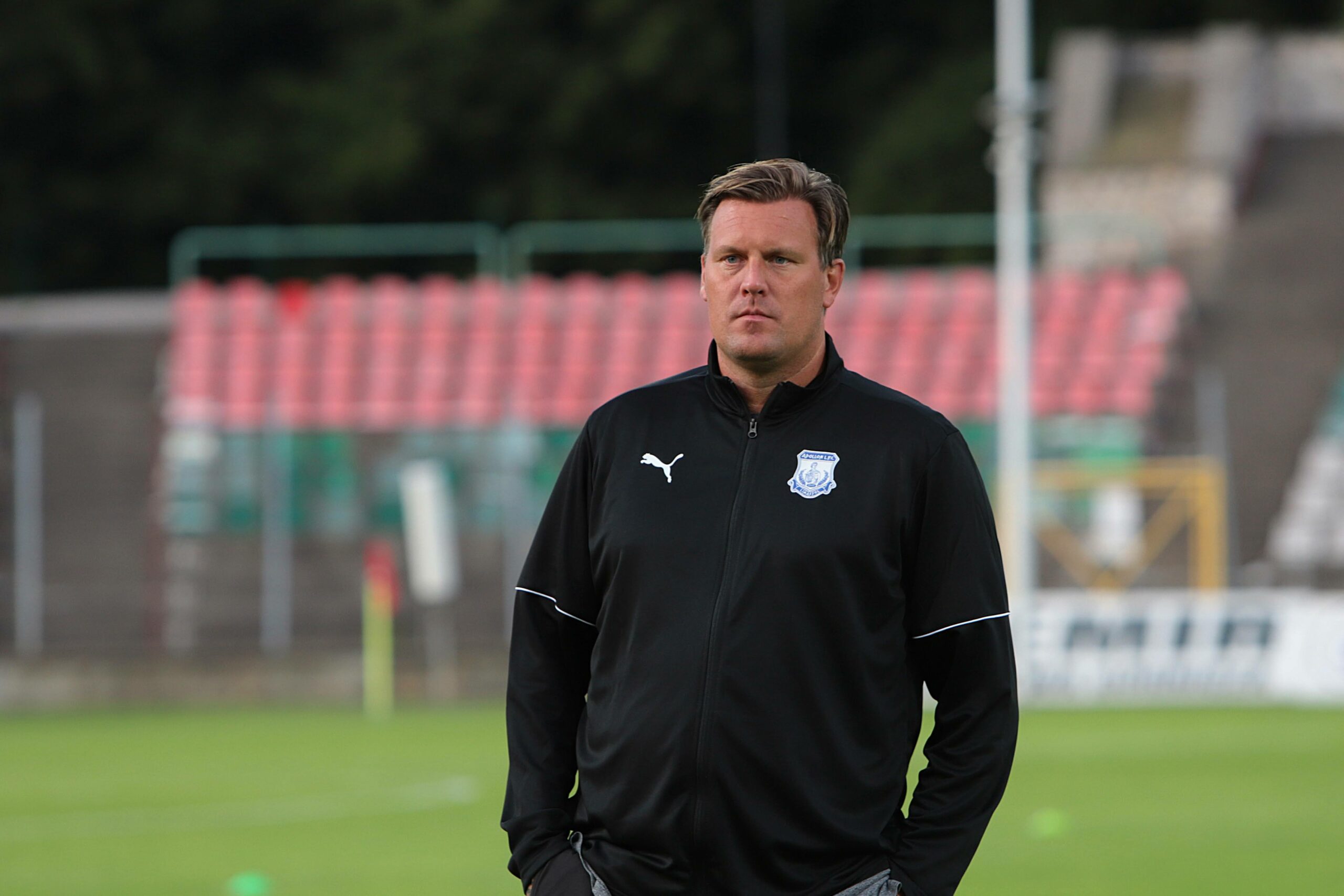 Racing Louisville FC on Thursday announced Kim Björkegren as the team’s new head coach, following what the club said was an international search which involved Racing Louisville players in the final stage of interviews. Björkegren’s hire was approved by the National Women’s Soccer League this week following newly implemented background checks by the league.

Björkegren arrives from Cyprus, where he most recently coached Apollon Ladies FC to a league title and near-perfect season, as well as a berth in the UEFA Women’s Champions League. The 39-year-old Swede previously coached Linköpings FC in his home country, and Beijing BG Phoenix in China’s Super League, where he coached Spanish international Vero Boquete. He has 15 years of coaching experience, per Racing Louisville.

Racing Louisville paid a small buyout fee — under $5,000 — to Apollon in order to hire Björkegren immediately, the club confirmed to The Equalizer.

In his introductory press conference, Björkegren said he has followed the NWSL for a long time and has had a goal of coaching in the league. He was the personal coach of Racing Louisville forward and Danish international Nadia Nadim for three years before she joined the club.

“I’ve followed the NWSL for many years now, of different reasons,” Björkegren said. “But one, I’ve been preparing myself for that day that I will move over and work in this league. I was sure that this was going to come, and now the day is here. I feel that I am prepared. I’m extremely motivated. I can’t wait to meet all the players and start with the hard work.”

James O’Connor, Racing Louisville’s executive vice president of development, said that approximately 80% of the candidates were women, including the other finalist when they narrowed the search down to the final two. That is when players became involved in interviews — a first for Björkegren in a hiring process, he said — and the overwhelming decision was that they wanted Björkegren, according to O’Connor.

“You put a name forward that you want — obviously we all felt really comfortable with Kim,” O’Connor said on Thursday. “That was submitted to the league. There’s an extensive background check there with the league. They go into a lot of detail. Ourselves, we actually went and spoke to a number of players. [Vero] was really accessible… she also spoke to players back in Sweden.

“So, we spoke to some sporting directors. We did a fair amount of due diligence ourselves, but the league, certainly from a background check, went into a lot more detail around some of the major organizations on a national level and international level that they then went and utilized. I think, at this point, we feel really confident in the process that we followed and that the league partook. We feel as if we’ve certainly done as much as we possibly could to give everyone confidence about this appointment. It was important to us that the players were able to have some time to ask some questions. Within probably about 10, 15 minutes, it was obvious that the players were in a really good spot with Kim in regards to his passion to win.”

That new league-wide process comes following a tumultuous 2021 which saw half of the league’s teams dismiss coaches for cause and all but one existing team change coaches this year. Among allegedly abusive coaches in Washington, D.C., North Carolina, Chicago and at OL Reign, Racing Louisville dismissed Christy Holly “for cause” in August. The club has not yet gone into further detail since.

Holly’s arrival, however, came following questions surrounding his exit at Sky Blue FC (now NJ/NY Gotham FC) in 2017. Despite those, Holly was hired by Louisville. O’Connor told The Equalizer at the time that Louisville was “given a glowing reference from Sky Blue ownership” about Holly.

On Thursday, O’Connor said lessons were learned from that Holly hiring process, which was the first in Racing history.

“I think there has to be a form of reflection,” O’Connor said, before saying that the involvement of players was a key differentiator this time (Racing did not have any rostered players at the time of Holly’s hire).

Björkegren indicated that he has watched many of Racing Louisville’s games, and he has already been getting accustomed with the unique NWSL system, including the college draft. He mentioned Florida State midfielder Jaelin Howell and Stanford captain Naomi Girma — each projected as some of the top picks in next week’s draft — by name on Thursday while discussing the college draft. Louisville holds the No. 2 overall selection.

His assessment of Louisville in its inaugural NWSL campaign in 2021 is that there needed to be be more involvement in games and less passive play.

“For me, it’s about two things,” Björkegren said. “At the pitch, it’s all about to win football games, to be honest. It’s to have the discipline and work hard in every training, and with the same attitude, play the games. I want us to control the games a little bit more than what I’ve seen so far, maybe work a little bit more with clear lines and the buildups, and when we get closer to the box, we need to attack with more players to create better chances, more chances and score more goals.

“I want us to be more involved in the games overall, to press the opponent. I want the fans to feel that, after every game, that we did everything we could have done to win the game. Of course, sometimes we will win, sometimes we will lose, but the feeling needs to be there. I don’t want us just to sit back and wait for our destiny. We need to create our own future. So, it’s with hard work, passion, attitude, smartness, everything.

“Off the pitch, it’s having a good time together, to show each other respect. Respect is an important word for me. It’s about that everybody can be themselves as long as we respect each other, that we follow the rules, that we are doing the best for our teammates, for the coaches, for the club and for our fans.”

Nadim, who had season-ending ACL surgery in September, knew Björkegren personally prior to his arrival. She spoke glowingly of the coach and the hire by her club.

“Kim is a great coach — very smart, tactical, reads and understands the game quickly and has the character to make tough decisions,” Nadim said. “I’m looking forward to working with him to grow as a team and as a player.”

Per Racing Louisville, Björkegren’s playing career ended prematurely due to injury at age 23. He took a two-year coaching course at that time and began coaching in the men’s fourth division in Sweden before switching to the women’s game. He plans to move his family to Louisville at some point in January, but the exact timing is dependent upon the approval of his visa.

With Björkegren’s hire by Louisville, the Kansas City Current and Chicago Red Stars remain without head coaches. The Washington Spirit are yet to issue a status update on Kris Ward, who was the acting coach of the 2021 NWSL champions.