After a rushed start, the Kansas City Current lay down long-term roots 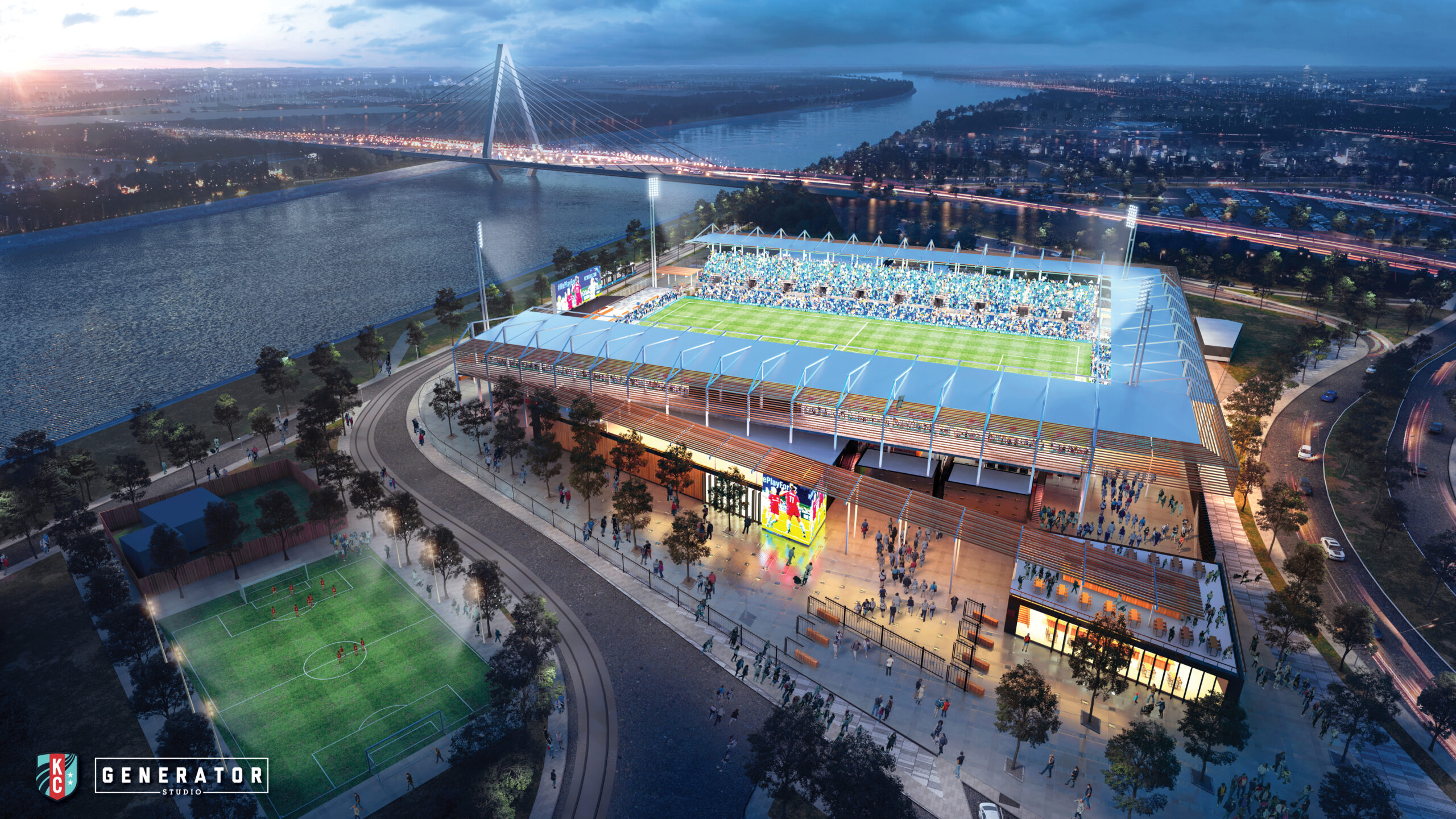 Women’s soccer supporters in Kansas City had been wandering through the soccer-less desert for three years, heartbroken by the team they helped build from the ground up which morphed into the Utah Royals. FC Kansas City had been incredibly successful, winning two National Women’s Soccer League titles and fostering coach Vlatko Andonovski’s signature short passing, attacking style.

That’s what made the return of the NWSL to Kansas City bittersweet.

A team returning to a city with all its historical success officially stripped away; gone are the NWSL titles, gone is the style FCKC was known for… and in comes the ghost of a Utah Royals team that was forcibly sold due to its owner’s transgressions. It was a challenging starting point.

However, what has transpired since, despite a rough start on the field, is a sense of permanence to the relationships between team, city, and fans. The team, now officially known as the Kansas City Current, announced over the past months plans to build its own stadium in the heart of the city and its own training facility, both of which will be privately funded for a cumulative estimate of $85 million. Until then and starting in 2022, the team will play at Children’s Mercy Park, a significant upgrade from the baseball field at Legends Field.

Following the anguish of losing their previous team, and the start to this season which saw 17 games pass without a win, Kansas City fans are now feeling the joy of long-term planning for sustainability.

“It showed how serious the ownership group is about the team and building something special,” said Danielle Russell, a founding member of the Kansas City supporters group, The Blue Crew. “Dedicating that type of money to make sure the players have the best possible training, medical care, and anything else they want is fantastic. As someone who has been a fan of the league since day one, it is incredible to see that type of investment. During those first years, whether it was KC or elsewhere, it was… well, not necessarily great for the players in that sense. It just shows you how much the league and the sport has grown. Along with that, the announcement of moving to [Children’s Mercy Park] just adds to the positive feeling. Obviously, the team didn’t have a lot of options after coming together so fast. But now the players will have the best facilities and locker rooms possible. This is a step in the right direction.”

The rush of positive news in Kansas City has been welcomed by fans following the tough start. Angie and Chris Long, along with Brittany Matthews, expedited their entry into the league in December 2020 when the NWSL was in search of an ownership group to replace Dell Loy Hansen, who had agreed to sell the Royals following revelations of racist, misogynistic behavior which was pervasive in the organization, including allegations directly involving him.

Acquiring the franchise (technically an expansion team, with Utah’s player rights transferred to Kansas City, just as had happened in reverse in 2017) in December gave the Longs and Matthews less than four months to organize and launch before their first match. It was undoubtedly a factor on the field, with the team’s first win coming on August 14, but it also had an impact off the field, from the temporary name and branding, to the decision to play games at Legends Field, a minor-league baseball stadium.

Russell said that she and fellow fans never lost faith in the ownership group’s plans.

“There were times before we got that first win where it felt really frustrating, but at the same time, we knew how lucky we were to have that team and the organization,” Russell said. “Even when the results weren’t there, I just felt great about what I was seeing from the front office and the whole organization. And once the team broke through and got that first win, it just felt magical.”

On the heels of that first win were roster moves that saw Amy Rodriguez move to North Carolina in exchange for Kristen Hamilton, Katelyn Rowland, and Hallie Mace. Kiki Pickett, Victoria Pickett, and Addie McCain appeared to be steals from the draft, and the final piece came in a trade to Portland that brought United States national team goalkeeper Adrianna Franch home to Kansas.

The first big offseason statement of intent came at the end of November, when Kansas City acquired midfielder Sam Mewis from the North Carolina Courage, parting with Kiki Pickett in the trade. Undoubtedly, the roster today is  better than the team that first suited up for the Challenge Cup in April.

Off the field came the announcement that ownership had secured private funding for a $15 million training facility. The facility will host the Current’s front offices as well as two grass pitches, a turf mini pitch, world-class locker rooms, weight and cardio rooms, as well as the nutrition and wellness team.

The training facility is being built in Riverside, Missouri, just across the river from downtown Kansas City. The stadium will be close to downtown, on the Missouri River, and accessible via public transit. Sporting Kansas City can’t claim any of those things (nor can any other major professional team in the city).

All of these steps point to tangible growth in the right direction, which is particularly pronounced in today’s NWSL landscape and not lost on Current ownership or players,

“We did definitely start to build some momentum as the season went on,” said Kristen Hamilton, who arrived from North Carolina in the trade for Rodriguez. “It seemed like all of these amazing things the club and owners are doing really started to motivate us towards the end to keep pushing to make this club what we all know it can be, knowing your owners back you like that makes it easy to want to go to work for them on the field.”

Kansas City Current ownership has taken a sustainable approach towards building a team that can last, a team that is embraced by Kansas City.

The Longs are seen as leaders in the reshaping of the NWSL and its governance. They share a grand vision for the league with the likes of expansion club Angel City FC, whose co-founding investor, Kara Nortman, was a college classmate and longtime friend of the Longs. Nortman was integral in the process of introducing the Longs to the NWSL.

In a league where ownership is typically opaque, Kansas City Current leadership has been surprisingly open with their plans, their struggles, and their support of the players over everything else. Approach, combined with the tangible progress being displayed recently, positions Kansas City for long-term success locally and an example for the NWSL in this era of leadership transition.