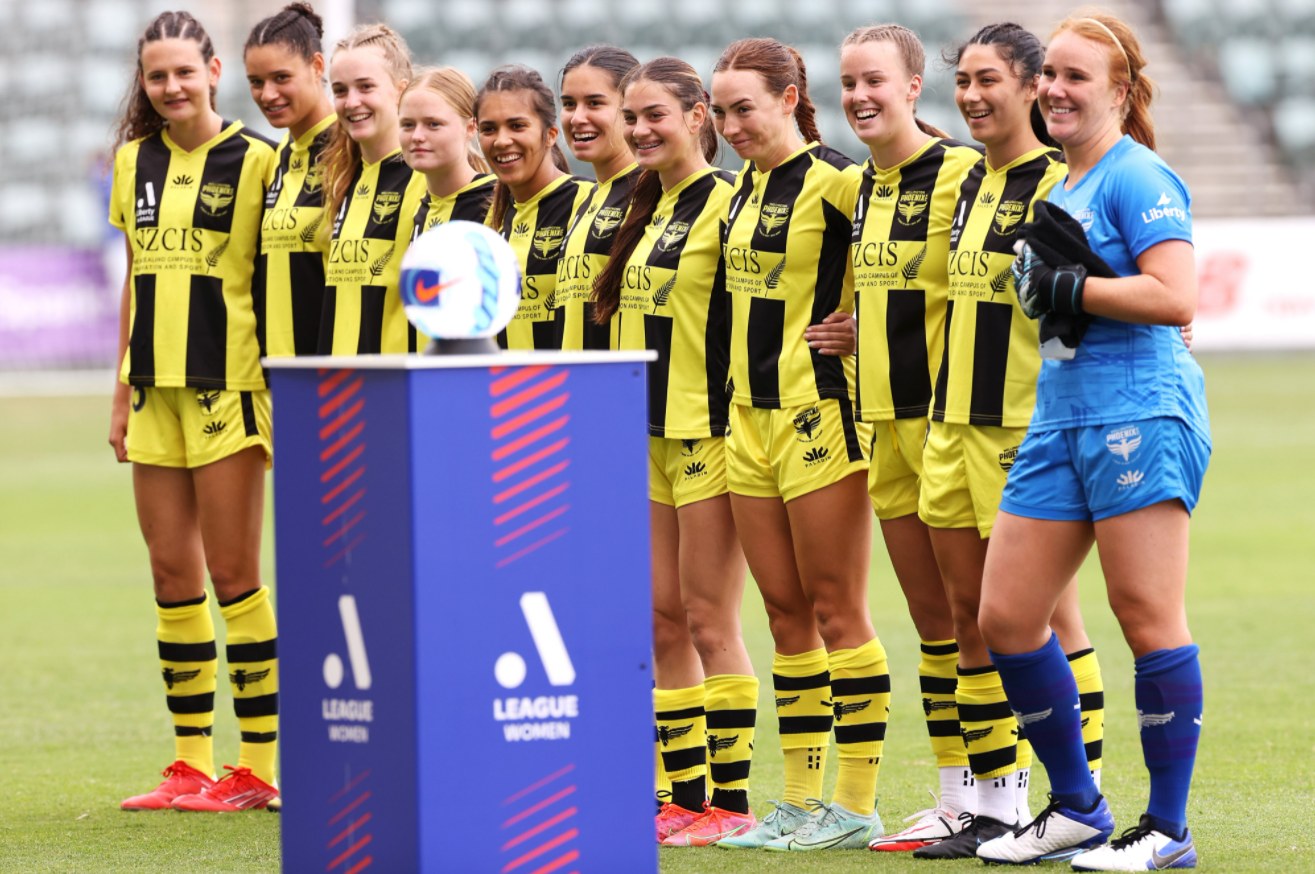 Wellington Phoenix earned an historic first point in their inaugural A-League Women’s match after their scoreless deadlock against Western Sydney Wanderers on Dec. 3 in Wollongong, New South Wales — the club is not staging home matches in New Zealand yet because of Australian COVID protocols.

Eighteen-year-old Holly McNamara scored the only goal of the game in the 80th minute in her debut Liberty A-League Women match in Canberra to give Melbourne City an opening game 1-0 victory over the host side. McNamara made space on the left side against her defender and curled a brilliant ball into the far corner of the net past Keeley Richards in goal for Canberra. American imports Ally Haran (who has been capped at the youth level by both Canada and the U.S.) and Chelsee Washington (on loan from Orlando) played all 90 minutes for Canberra.

Melbourne City assistant coach Melissa Barbieri Hudson (41) — a long-time Matilda goalkeeper and two-time league goalkeeper of the year — earned the shutout. She played four games last season when pressed into action through injury to the other goalkeepers after only playing one game in the three previous seasons.

The Roar seemed to be on pace for a win on the road from forward Anna Margraf’s first half goal. Margraf (20) is in her fourth season with the club. The Roar fought back with two late goals to take their first win since the 2019/20 season. Susan Phonsongkham (20), a new signing for the club after four seasons with Western Sydney, scored in the 88th minute and then Roar goalkeeper Georgina Worth failed to stop a back pass, stumbling a bit with her footwork, and the ball rolled into the back of the net for the winning goal in the 90th minute.

Gemma Craine, who was capped by England at the U-17 level and played at Monroe Community College and San Diego State University, was stellar creating chances all night; she assisted on the first goal and pressured the defense to lead to the winning goal. New signing Lisa De Vanna — who had hinted that she might quit the sport and play in the Aussie Rules Women’s League in Melbourne — returned to her hometown club as a late signing and was vibrant in attack until she went off in the 55th minute with a hamstring issue.

Sydney FC’s young but experienced forward line was superb in the club’s season opener, a 3-1 win over Newcastle Jets. Cortnee Vine (23), Princess Ibini (21) and Remy Siemsen (22) each scored once, with Vine assisting on both of her teammate’s tallies. Ibini and Siemsen have been capped by the Matildas and Vine, a U-17 and U-20 international, should have an opportunity with the full side in the not-too-distant future.

The Jet’s substitute forward Lauren Allen made it a 2-1 score line midway through the second half. Allen played collegiately in the U.S. at Butler Community College in Kansas and Anderson University in South Carolina.

Reigning champions Melbourne Victory defeated Adelaide United on Dec. 5. Forward Lia Privatelli, in her sixth year with the Victory, doubled her career goal scoring total with a brace, though her first goal came courtesy of Adelaide goalkeeper Annalee Grove (20) completely missing the ball on a clearance attempt. Americans Kayla Morrison (scoring on the rebound after Grove saved her penalty kick) and Catherine Zimmerman, along with New Zealand international and 2020 Olympic Games Finalist Claudia Bunge, added single goals. Zimmerman’s goal was the class of Victory’s quintet, shooting from beyond 20 meters after Kyra Cooney-Cross’ excellent feed after she dribbled down the right side.

Morrison, named as captain in preseason, left the game in the first half with a knee injury and will have tests this week to see if she has an ACL tear.

North Carolina Courage and U.S. international forward Lynn Williams has signed for the club this season in her second stint in Australia, after helping the Wanderers make the playoffs for the first time two years ago. Meanwhile, Adelaide has signed American defender Kayla Sharples on loan from the Chicago Red Stars. Sharples has played three seasons for the Red Stars and collegiately at Northwestern University.

Another late import signing by the Newcastle Jets is NWSL veteran American Elizabeth Eddy. Eddy (30) was acquired by Gotham FC via trade with the North Carolina Courage in June 2019. During the 2021 NWSL regular season, she appeared in 17 games with one assist. She has played over 65 NWSL games, mostly with the Western New York Flash/Courage franchise. She scored 2 goals in 11 games on loan with Vittsjo of Sweden in 2020.

Friday, Dec. 10: Brisbane Roar is at home against Perth Glory at 3:45am ET — live streaming on YouTubeTV.

The more things change, the more they stay the same with Chelsea and Arsenal
‘Soccer is a way of life’: Alexia Putellas on winning the Ballon d’Or and what’s next