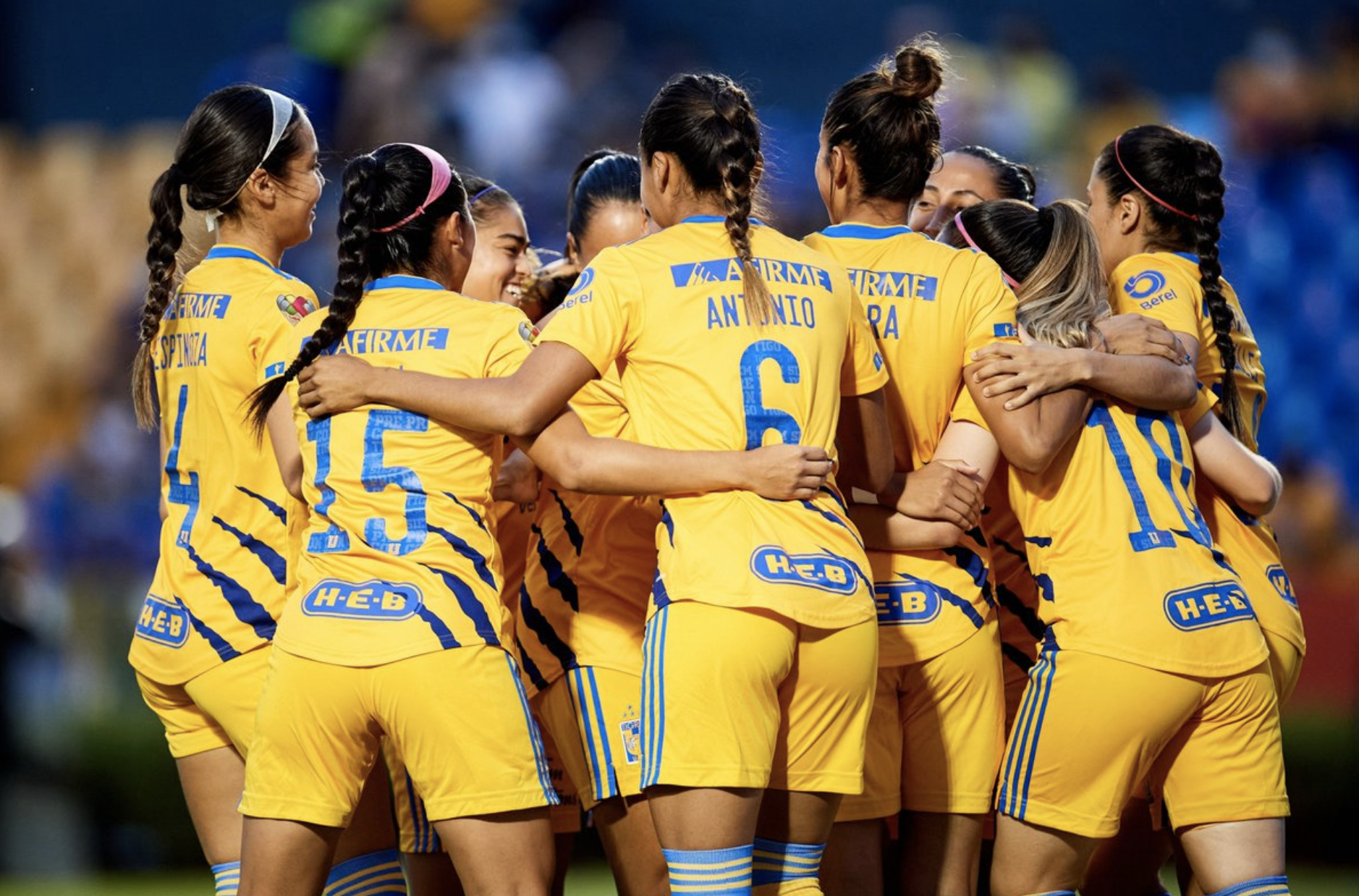 The Liga MX Femenil Liguilla kicked off in chaotic fashion on Friday and rounded out on Monday with four teams advancing to the semifinals. Three out of four lower seeds are out, and Club América was the team to upset their higher-seeded opponent.

Here’s a look at what happened and a preview of the semifinals.

Eight goals. That’s how many Tigres piled on Cruz Azul, who narrowly made it in the Liguilla. Tigres, in a merciless fashion, made Cruz Azul pay for being the bottom-seeded team. Maria Sanchez scored three goals in the two games, while Tigres had a total of six different goal-scorers.

Tigres is undoubtly the team to beat. They have long stood as the mighty champions of Liga MX Femenil and take the top spot in the table repeatedly. Cruz Azul wasn’t their biggest challenge, but Club America is going to give them a much tougher task.

Sanchez, who has been rumored for quite some time to join the Houston Dash (and was loaned for three weeks during the Liga MX Femenil offseason), has been dominant in the playoffs. Her first goal in leg one came off a rocket hit at the top of the box. The second match saw another hit, this time inside the box, through traffic. Finally, in the 90th minute of leg two, Sanchez showed off her speed with a sprint to beat out two lagging defenders.

Semifinal Preview for Tigres: There is so much talent on this Tigres roster that it’s hard to see anyone else lifting the trophy this year. Chivas gave Tigres a run for their money a few times during the regular-season, but are out after a loss to Club América. Now, it’s up to America to see if they can dethrone the reigning champions in the semifinals. However, they have to get through Sanchez, Stephany Mayor, Katty Martinez… need we say more?

It wasn’t dominant by any means, but Atlas got the job done on Monday night against Santos Laguna at home. Alison Gonzalez found the back of the net in Leg 2, but it was Claudia Ibarra that put on a show in both matches.

Ibarra scored the first goal in Leg 1 to give Atlas the edge — which they lost four minutes later. Ibarra’s tally shot right through goalkeeper Nicole Buenfil, shooting at the top of the box and sneaking the ball through her legs. In Leg 2, Ibarra hit the game-winning goal on a free kick that curled up and over Buenfil.

Semifinal Preview for Atlas: Atlas had a bumpy road this season and have been waiting for Alison Gonzalez to be the goal-scoring machine she was last year. Ibarra being on fire is a good thing for Gonzalez, though. Defenses are going to want to track both players now. Gonzalez and Ibarra are good enough to go one-on-one with defenders and edge them out. Monterrey is going to be a tough challenge, and Rayadas has a strong slew of attacking players. This is going to be an incredibly even matchup.

In the regular-season, the two sides met on Aug. 28 and Monterrey picked up a 2-1 victory.

Sarah Luebbert has been making good use of her loan in Mexico. The on-loan Chicago Red Stars attacker joined the team in the middle of the season, having familiarity with head coach Craig Harrington. Luebbert scored for Club América early at home against Chivas. However, her goal wasn’t the game-winner in Leg 1.

Instead, Club América’s game-winning goal came from Chivas’ Miriam Castillo, who scored an own goal in the 38th minute. Castillo attempted to clear a cross from Angelique Saldivar but the ball bounced right into net, with no chance for Celeste Espino to even get a palm on it. Chivas then played catch up for the rest of the match, getting at least some positivity with an Alicia Cervantes hit in the 48th minute.

Neither side scored in the second leg, with both defenses putting in a long, 90-minute shift. Chivas crashes out of the playoffs as the only team with a better seed than their opponent to lose first.

Club América Semifinal Preview: Club América really needs to be careful with the fouls, and that starts with head coach Harrington. Harrington was given the first of five yellow cards in the 33rd minute after arguing with officials. Four players received yellow cards, including goalkeeper Renata Masciarelli. Tigres can take advantage of the yellow card accumulation from Club América, and their goal will certainly be to frustrate them. With that said, beating a better-seeded team is going to give América plenty of confidence heading into the semifinals.

Let’s get the confusing part of the way here first. Despite the scoreline being tied in both matches, C.F. Monterrey is the team that moves on in the playoffs. How come? There is no away-goal rule in the Liga MX Femenil Liguilla, so the tiebreaker was placement on the table. Since Monterrey had the higher seed, they move on.

Tijuana kicked off the campaign strong, with Sanjuana Munoz scoring just six minutes into the first match. Unable to clear, the Monterrey defense let a loose ball slip to Munoz, who tapped it past Rayadas goalkeeper Alejandria Godinez. However, Monica Monsivais — who scored both goals for Monterrey — sent in an equalizer in the 86th minute off a free kick, after she ran up with authority for a strong hit.

The second leg was just as entertaining, but both goals came in the first half. Angelina Hix, the first-ever foreign-born player in Xolos history, scored in the 32nd minute on a one-on-one break. However, it was Monsivais that was the hero for Monterrey, adding to her stellar season. Monsivais scored off a header, but it was the build-up that was picture-perfect.

C.F. Monterrey Semifinal Preview: Monsivais is clearly the player to watch for this team. The defense has certainly improved throughout the season with the addition of Costa Rican international Valeria Del Campo, who has become a regular starter under head coach Eva Espejo. The attacking group of this Monterrey team is stacked — and that includes having a bench with Christina Burkenroad on it. Atlas is going to have their hands full with the Rayadas high-powered offense.

Chelsea defeat Arsenal to win their third FA Cup
The more things change, the more they stay the same with Chelsea and Arsenal