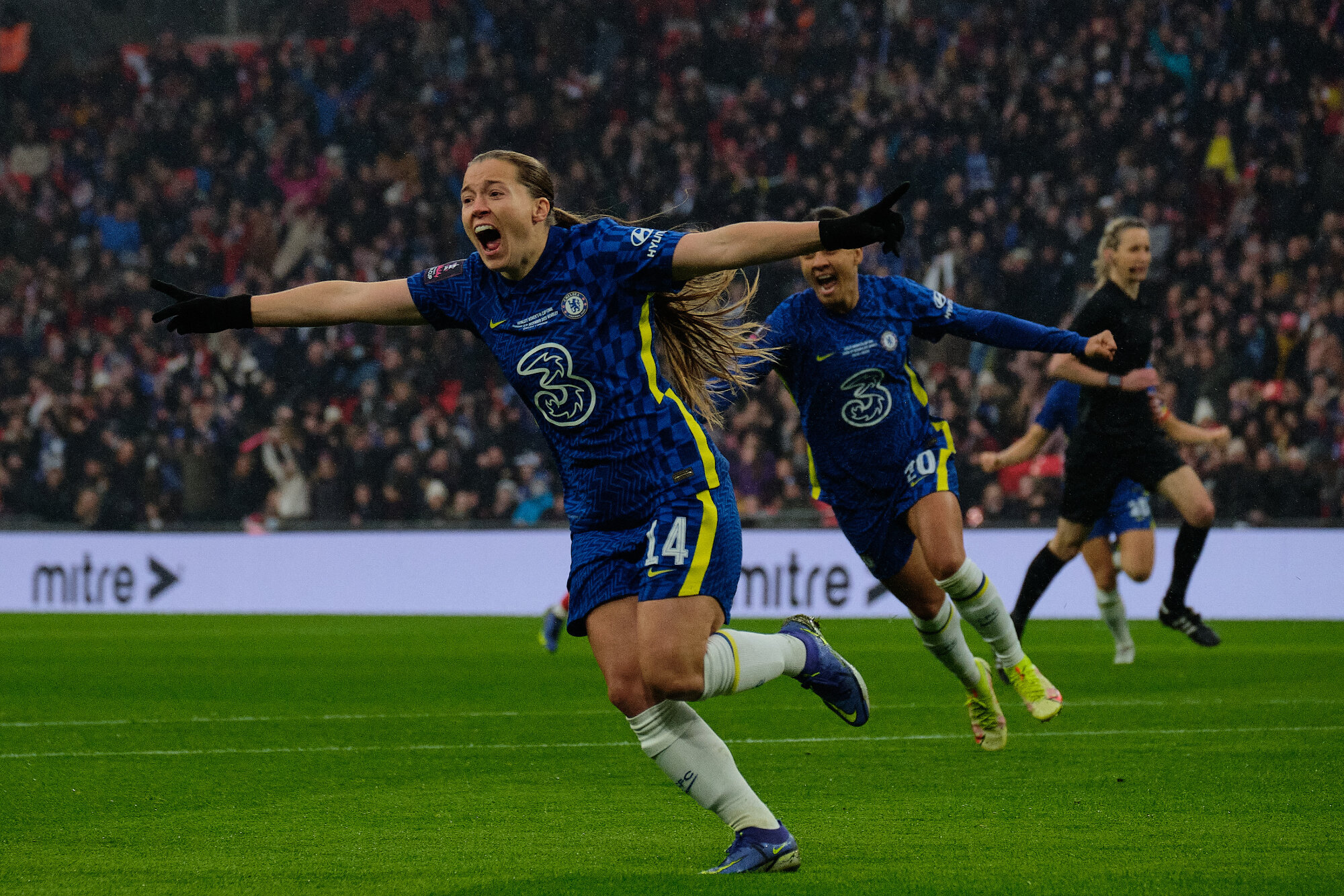 On Sunday, Chelsea convincingly defeated Arsenal 3-0 to win their third FA Cup title. The Blues hoisted the trophy in front of 40,942 fans at Wembley Stadium, on a historic day — the 100-year anniversary of women’s football being banned by the FA on December 5, 1921.

The Skinny: The trouble started early for Arsenal, when a sloppy attempted clearance at the back just minutes into the match fell to Fran Kirby. In alone on goal, Kirby made no mistake with her shot, burying it past Arsenal keeper Manuela Zinsberger.

After the early goal, Chelsea’s pressure didn’t let up. They had multiple attempts on goal in the first half, and some outstanding, diving saves by Zinsberger kept her team within reach.

But things fell apart further after the halftime break. With Arsenal still attempting to get their attack going, Chelsea’s proved lethal. Kirby hit a long pass to a surging Sam Kerr, who easily beat Arsenal’s Lotte Wubben-Moy to the ball, cut to the penalty area, and created just enough separation for herself to get a shot off. Zinsberger was caught going in the wrong direction, and the ball sailed in at the near post.

Kerr added a third twenty minutes later to wrap things up for Chelsea.

One Key Moment: Kerr’s second goal wins the highlight of the match. Melanie Leupolz stole the ball in midfield, and sent a perfect pass out wide to Kerr. Kerr took the ball right to goal, and cheekily chipped Zinsberger, who was left with nothing to do but stare in shock as the ball sailed over her head.

Inside the Game: There’s no other way to say it — Arsenal were disastrous on Sunday.

Chelsea’s frontline of Kerr and Kirby consistently exposed their opponents, underscoring just how thoroughly missed an injured Leah Williamson is in Arsenal’s backline. And their insistence to continuously play out of the back — after Chelsea’s high press caused problems from the get go — was an odd choice.

Chelsea’s press was so effective that Arsenal struggled to maintain posession throughout the match, and both of Kerr’s goals highlighted how deadly their counterattck can be. To make matters worse, Arsenal failed to register a single shot on goal in the match, while Chelsea had eight.