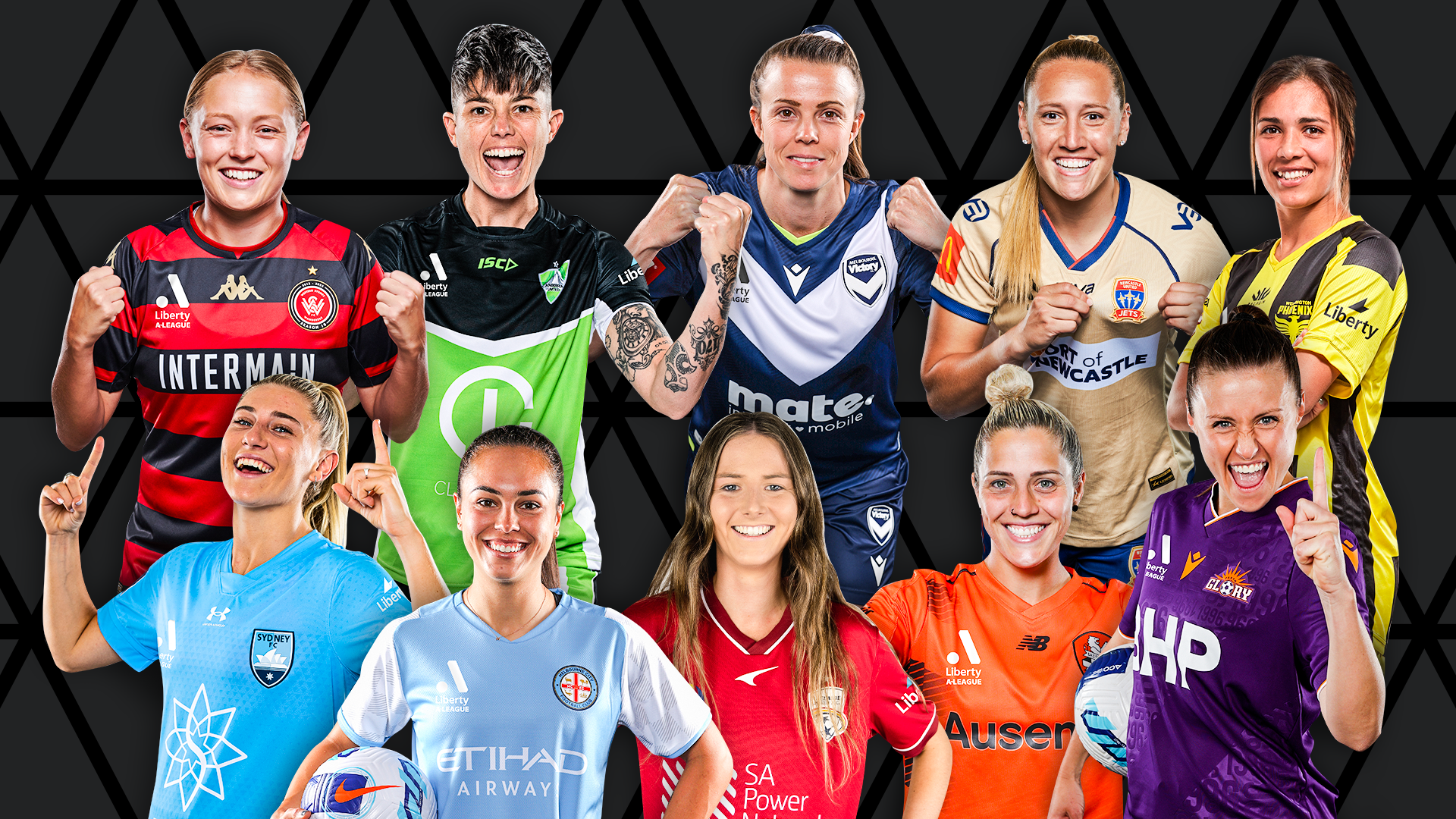 We already looked at the two Melbourne sides — City and Victory — so now let’s preview, in alphabetical order, the 2021-22 A-League Women’s teams:

The Reds hope to build off of their record-setting year in 2020-21 when they narrowly missed a first ever playoff spot, missing by a single goal to Canberra. Their points total would have qualified Adelaide for the postseason in each of the previous six seasons. For 2021-22, the Reds signed Sydney-born attacker Paige Hayward, who played in the Austrian Frauen Bundesliga at FFC Vorderland in 2021, scoring once in five appearances. Hayward played collegiately in the U.S., spending five years with the University of Texas and at Texas Southern University, scoring 25 goals with the latter in three seasons.

Katrina Gorry, who spent two seasons in the NWSL with FC Kansas City/Utah Royals in 2014 and 2018, returns in midfield for her 10th season with the Roar. She is third in all-time appearances with the Roar with 92, behind defender Clare Polkinghorne with 152 games (now Vittsjo in Sweden) and Tameka Yallop with 129 appearances (now at West Ham United in England). Gorry has won two titles and three Premierships (regular season titles) with the Roar.

Two Americans have signed with Canberra for the players’ first A-League Women season. Orlando Pride midfielder Chelsee Washington came on loan until April 3, 2022 while defender Ally Haran’s rights were transferred to the Greens. Selected at No. 30 overall in the 2020 NWSL College Draft out of Bowling Green State University, Washington made 15 appearances for the Pride in all competitions since joining the club for the Fall Series in 2020. Haran, 25, joined the Pride via a one-year contract for the 2021 NWSL season after signing a short-term contract with the Pride in 2020. The Wake Forest University product has four appearances for the Pride in all competitions and scored her first pro goal in second half stoppage time against North Carolina, capping a comeback from a 3-0 deficit to tie the Courage 3-3 during the 2020 Fall Series.

A key takeaway for the Jets entering the new season is that they have signed an international import for the first time in three seasons after gaining more stability in the front office and ownership realm. Norwegian international forward Marie Markussen, 24, looks to be a very promising signing. She comes from Valerenga in the Toppserien, which won the Norwegian Women’s Cup Final on Oct. 31 with a 2-1 win over Sandviken, with Markussen scoring a goal. She also played for a season with Wolfsburg in Germany in 2017-18. She has been capped at the U-17, U-19 and full international level.

A big signing for Perth Glory and the A-League Women for the 2021/22 season is 27-year-old Danish international defender Mie Leth Jans. She has won 26 caps for her country and can operate equally effectively as a central defender or as a holding midfielder. She was on Denmark’s 2017 UEFA Women’s Championship runner-up side that lost to host nation Netherlands in 2017. She has played the last three seasons in Sweden, first for a season with Damallsvenskan power Rosengard in 2019—who won the league title—and the last two seasons for southwestern village side Vittsjo, scoring six times in 31 league matches. She should help Perth improve over a difficult 2020-21 season when they finished bottom of the table.

Sydney FC won the Premiership (regular season) title last year but lost the Grand Final 1-0 to Melbourne Victory in the last minute of extra time on a Kyra Cooney-Cross goal directly from a corner kick. A key new signing for Sydney FC is Chilean international forward Maria Jose Rojas, 33, who was stellar last season at Adelaide United. She previously spent a season at Canberra United in 2018/19. Rojas has made 44 appearances for Chile, scoring 11 times and appeared in both the 2018 Copa America and 2019 Women’s World Cup. Rojas played at the University of Texas-San Antonio and with the Gulf Coast Texans of the WPSL before playing in the German Frauen-Bundesliga, Lithuania, the Czech Republic, Chile and Japan’s Nadeshiko Division Two.

Goalkeeper Lily Alfeld was the first signing for the 2021-22 expansion franchise. The former Louisiana State University goalkeeper returned home to New Zealand Football’s Future Ferns Domestic Program (FFDP) — which helps young Kiwi women make the jump from domestic football and into their professional careers — and then played with Perth Glory last season. She had a strong campaign with the struggling club, making 53 saves while playing every minute of the Glory’s 12 games.

She explained her excitement about joining Wellington’s new women’s team: “To be part of the first, inaugural season [with the Phoenix], it’s a chance to create a bit of history so I would love to go out and have a positive start for what will hopefully be many seasons to come; it’s a role I’m very honored to get a chance to do and I can’t wait to get started.” Her recent experience in the A-League Women will be quite helpful in the expansion side’s first season.

Three of the side’s Australian players’ signings (the New Zealand-based side must have at least seven Australian players on their roster)—include Brianna Edwards, Jordan Jasnos and Hannah Jones, who all have youth national team experience. This team will utilize a number of youth internationals and players from the amateur New Zealand women’s league. Tahlia Herman-Watt, a U-20 international defender who currently plays at Arizona State University and was in the Football Ferns squad for the two recent friendly internationals in Canada in October, said that the Phoenix will be quite young — including some of her former teammates at Canterbury United, who have won the local league title four of the past five seasons. When asked if such a young team could struggle like Adelaide United did in the first five years of the league — winning only 5 games in total and going winless for two consecutive seasons — this possibility was not her primary concern, stating that Wellington joining the A-League Women was just the beginning.

Defender Tiegan Allen (27), who played four games for the Western New York Flash in the NWSL in 2014 and has 40 caps for the Matildas, has returned to Wanderland to play under Catherine Cannuli, who is in her first season as head coach after several years as an assistant. Allen and Cannuli were teammates for the Wanderers for the club’s first two seasons in 2012-13 and 2013-14. Allen played last season with Melbourne City after the two previous seasons with Melbourne Victory. The Wanderers, have only made the playoffs once in their nine seasons in the league and hope to build off a strong end of season run last season, when they won three of their last five games.

Football Ferns midfielder Malia Steinmetz moved from Perth Glory, where she played in 2020/21, to the Wanderers, as every Australian side must have at least one New Zealander on their roster this season, per the expansion agreement with Wellington Phoenix/the New Zealand Football Federation.