10 seconds before: Analyzing key moments before goals in the USWNT-Australia draw 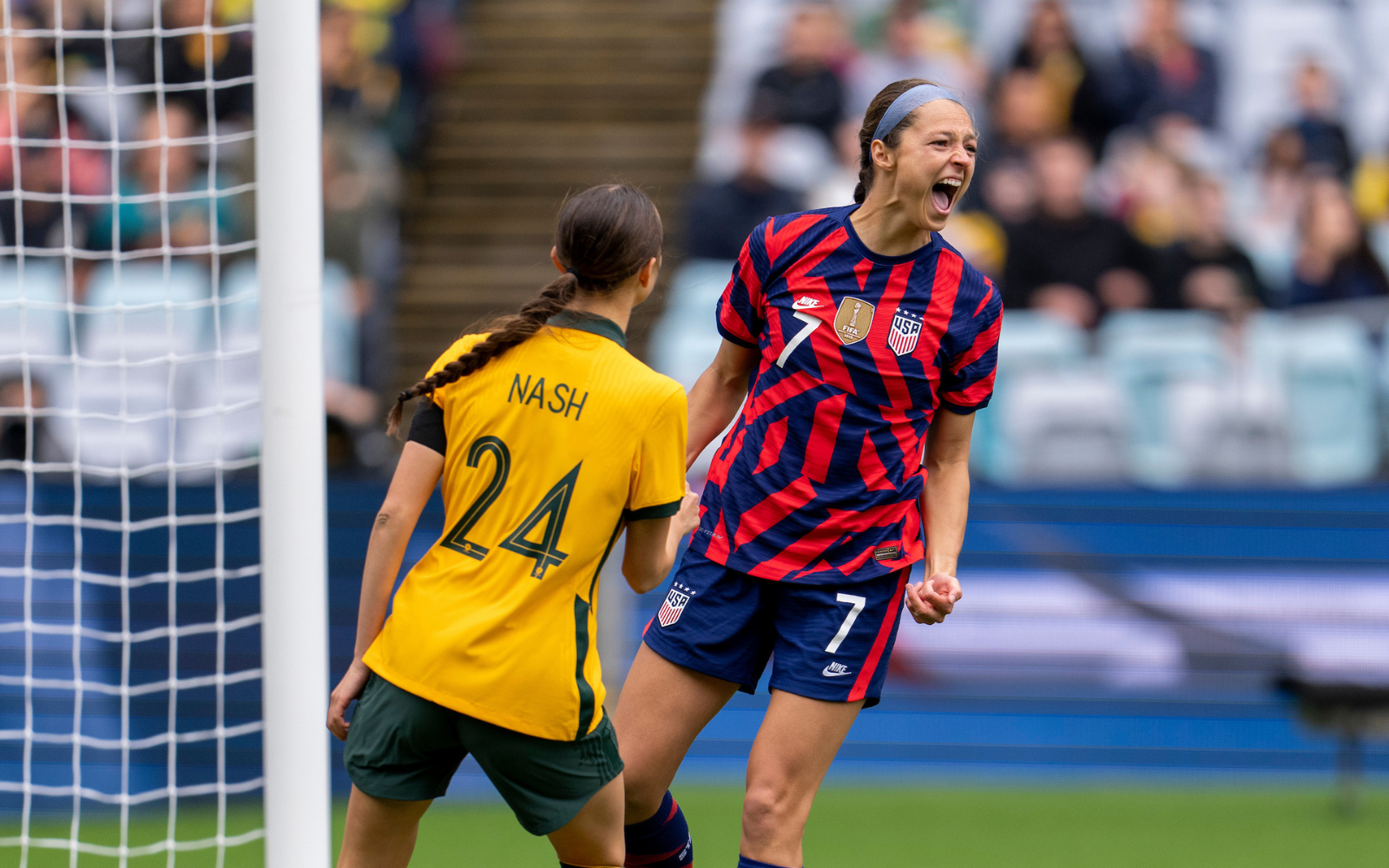 Today’s soccer tactics ask constant questions of us as to how we define formations and positions. A 3-5-2 could just as well be a 5-3-2, depending on the subtlest of tweaks. Is the fullback actually a wingback? There are several variants of the forward role, beyond the obvious distinction of a center forward and a winger. When is a false nine actually a second striker … or a No. 10? United States women’s national team coach Jill Ellis has an embarrassment or riches at her disposal, and that generally includes the forward position. Megan Rapinoe, Tobin Heath and Mallory Pugh are three world-class, interchangeable options to fill two wide roles in the 4-3-3 formation. The subtext to that is how Alex Morgan has so securely locked down the starting center forward position over the past year. Even as the calendar turned to summer in 2017, that hardly felt like a given. Morgan’s return to Orlando from Lyon in July 2017, however, brought confirmation that her brief journey abroad served its purpose. Having spent the spring in a less comfortable environment, being forced to compete for her place in the team against equally world-class players, Morgan returned a more complete player. She scored nine goals in 14 games for the Orlando Pride in 2017, combining with Marta to make the Pride the most dangerous team down the stretch. Beginning August 3, 2017, against Japan, Morgan scored seven goals in the final seven games of the year for the U.S.; she has 10 goals in 13 games this year, all starts. She has not sustained her form for Orlando in 2018, but the Pride have their own issues. For the U.S., Morgan remains irreplaceable – and there lies the wider discussion of the forward pool. Continue reading…

Emily Fox puts together her strongest USWNT performance yet
The Lowdown: The one with the good weekend, bad aftermath