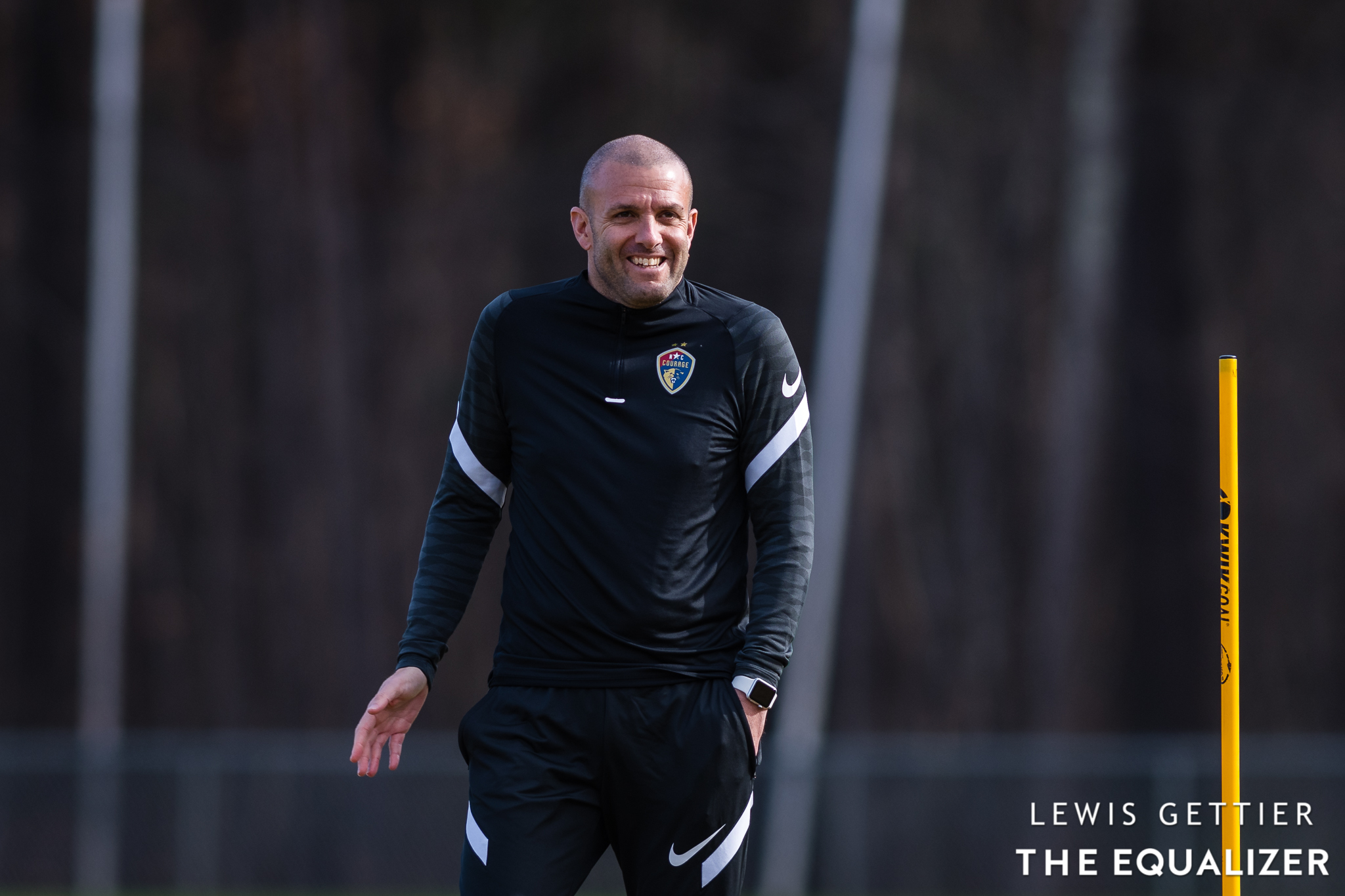 North Carolina Courage players publicly advocated for Sean Nahas to have the interim tag removed from his title, and they got their wish. The Courage announced Nahas as the team’s new head coach on Wednesday.

Nahas took over as interim coach on Sept. 30, the day Paul Riley was fired hours after a report from The Athletic detailed a decade of alleged sexual harassment and coercion of former players. Courage captain Abby Erceg told Nahas at the time that the players wanted him to lead them through that dark period, and soon thereafter, players such as defender Kaleigh Kurtz advocated for Nahas to stay on as the full-time coach.

“The light at the end of the tunnel is that Sean hopefully is going to get this interim [tag] taken away,” Kurtz said on Oct. 13. “He’s our light. I can’t say enough good things about him.”

Nahas spoke thoroughly and frequently over the past two months about giving players the space they needed to heal from the Riley news, which was a big part of a league-wide reckoning which exposed abusive behavior; half of the National Women’s Soccer League’s 10 active teams dismissed coaches this year for cause. Nahas’ appointment to full-time head coach is obviously a soccer decision, but it is clear that he is the type of person that the club needs in this moment, one which still has not brought clarity about what ownership new about Riley before Sept. 30.

“Over the years, Sean has always been a great sounding board for players to turn to when we’ve needed supplementary information on a position or tactic,” Erceg said in a team statement announcing Nahas as coach. “So it’s exciting for us to have the opportunity to fully tap into his knowledge and have him drive us forward. I’m excited to see how he establishes himself as a leader within the club and the league, and I’m looking forward to working with him again next season.”

Nahas has been with the Courage first team in some capacity since 2017. He was part of the staffs which made it to three straight NWSL Championships, winning the 2018 and 2019 titles in addition to the NWSL Shields in all three of those seasons and the inaugural ICC title in 2018, when the Courage lost only once in all competitions. Nahas has been with the club at large (which has changed names and structure through the years) since 2004 as director of the girls development academy.

“We are excited to see another one of our coaches advance from the youth game to the professional ranks,” North Carolina FC Youth CEO Gary Buete said. “For nearly two decades, Sean has invested himself personally and professionally into his players, his staff, and our club, and the output shows on and off the field. He deserves this opportunity and advancement in his career, and NCFC Youth is glad to have been a place where Sean could learn and grow as a coach. We look forward to watching him on the NC Courage sideline and impacting the game at a professional level in our own backyard.”

Nahas was also an assistant coach for the United States U-20 national team at the 2016 World Cup, and he has experience coaching the Carolina Railhawks (the team which predated the Courage and North Carolina FC) in the original USL W-League.

Nahas has been on the cusp of the leap to a head-coaching position. He was the coach originally targeted by 2022 NWSL expansion team Angel City FC, but that news leaked before anything became official, and Angel City went in a different direction following an outpouring of fan feedback which indicated a desire to have a woman as head coach. Freya Coombe was soon hired away from NJ/NY Gotham FC as Angel City’s first coach.

After North Carolina’s regular-season finale on Oct. 30, Nahas admitted that, prior to that fateful call he got from Erceg, he wasn’t sure that he was going to return to the Courage next year. Life got busy personally and with his youth soccer duties, Nahas said at the time.

“That call basically gave me life again to say that there is something there with the group that throughout the time [as assistant], I didn’t do a lot of coaching within them, but they trusted me to step in and lead the way in a moment that was dire straits for a lot of them,” Nahas said late that Saturday night in Portland, Oregon, unaware if he would coach another game for the Courage.

Now, Nahas gets his first professional head-coaching opportunity where he started this portion of the journey.

“To be asked to be the next Courage head coach, here in my hometown, and to work with these amazing women has made me both humbled and honored,” Nahas said. “I am excited for what the future holds and I thank Steve [Malik, Courage primary owner], Curt [Johnson, GM] and all the players for trusting in me to help get our program back where we want to be.”

There is a lot of work to be done on and off the field in North Carolina. Midfielder Sam Mewis was traded away to the Kansas City Current on Tuesday, signifying further the end of the era which brought so many trophies. Mewis’ absence at the end of the season due to injury presented a glaring hole in the Courage’s already Crystal Dunn-less midfield, and North Carolina just barely snuck into the sixth and final playoff spot. The personnel needs also beg wider questions about the tactical setup, as the signature box midfield looks like it may have reached its expiration date.

Nahas will be tasked with those decisions. That’s the news of the day for North Carolina. And that is the news Courage players wanted to hear.

“I couldn’t agree more,” Courage midfielder Meredith Speck said moments after Kurtz in that Oct. 13 postgame. “I think Sean has been incredibly selfless. I think he probably is taking everything — it’s a lot for him. And I think he’s giving us so much space to feel comfortable and secure and everything, that he’s putting a lot of that pressure on him. We are so appreciative of him as a human being. I find that he’s so respectful and understanding of what we need right now, and I think also that he’s such a good coach.”

Head-coaching jobs in Chicago, Kansas City, Louisville, Orlando and Washington all remain vacant with the expansion draft and college drafts two weeks away. The Equalizer reported on Monday that the Orlando Pride plan to hire UCLA coach Amanda Cromwell.

Sam Mewis traded to Kansas City Current
The Lowdown: The one with the good weekend, bad aftermath