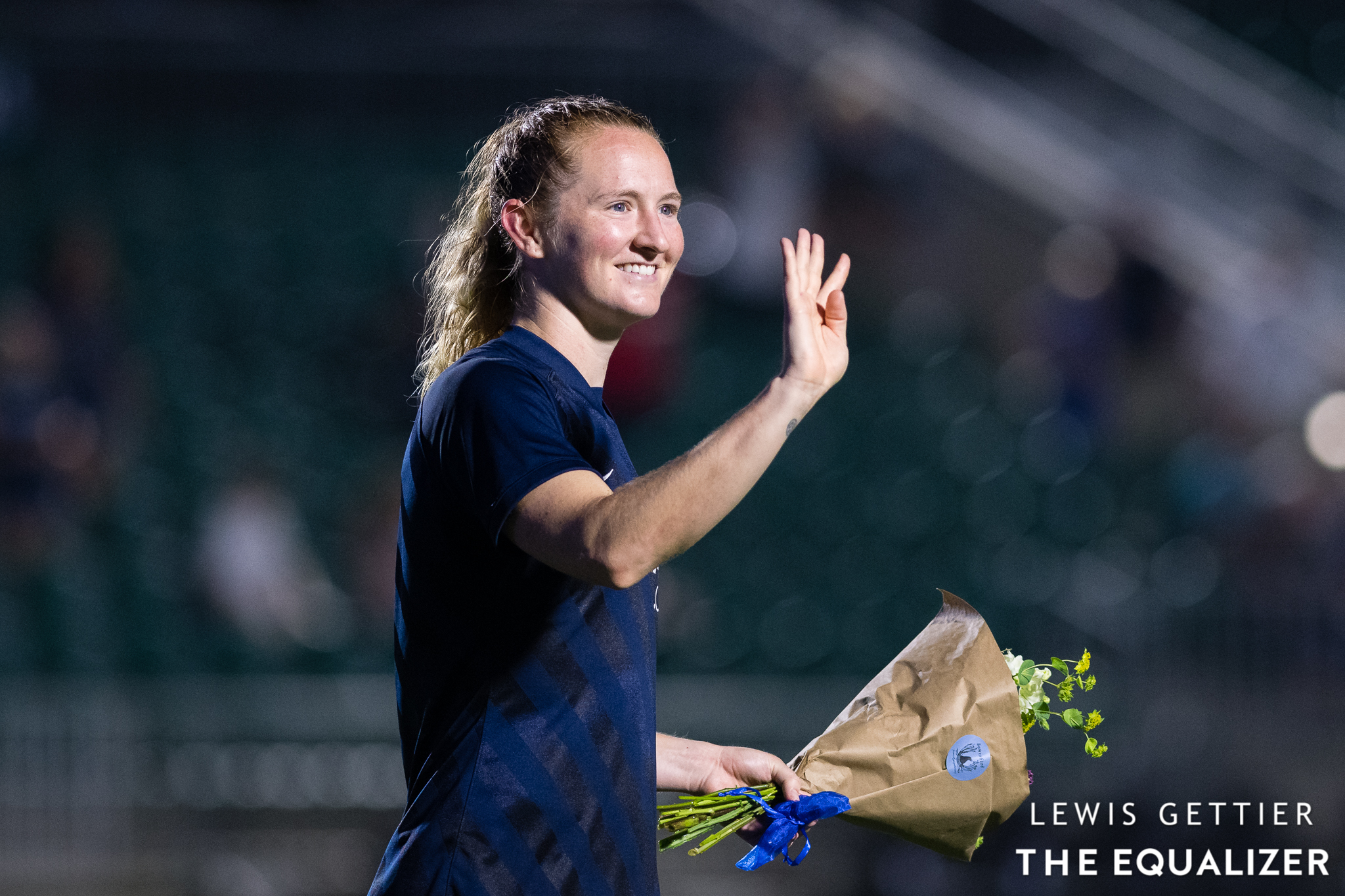 Sam Mewis is now a midfielder for the Kansas City Current, arriving via a trade with the North Carolina Courage which was announced on Tuesday. Mewis’ arrival is a huge boost for a Kansas City team which finished last in the National Women’s Soccer League in 2021, and another major loss for a Courage team which dominated the league in years past but is fully in a rebuild now.

Kansas City acquired Mewis in exchange for defender Kiki Pickett and the team’s natural first-round pick in next month’s NWSL Draft, which is expected to be the No. 3 pick (the league is yet to officially confirm the draft order). Kansas City also traded the discovery rights to Malia Berkely to North Carolina in exchange for the Courage’s natural first-round pick (also yet to be confirmed by the league).

The trade is a significant one in a league whose offseasons almost always feature major player movement. This one, like many before and many to come, was largely dictated by the upcoming expansion draft. Existing teams can only protect one United States federation player from 2022 expansion sides Angel City FC and San Diego Wave FC (Kansas City is exempt from the draft). North Carolina’s federation players in 2021 were Mewis and Lynn Williams, which meant the prospect of leaving one of them unprotected and losing them for nothing in return.

“With the upcoming expansion draft, which allows clubs to only protect one allocated player, we were put in a position to make some difficult decisions,” Courage president and GM Curt Johnson said. “It was important to proactively seek trade partners as opposed to wait and lose an allocated player for little in return. These conversations resulted in this trade.”

The NWSL’s trade deadline is 1 p.m. ET on Friday.

Mewis’ exit from North Carolina marks the third departure of a major U.S. international in the past year. Crystal Dunn landed with the Portland Thorns in a three-team trade last year, and Abby Dahlkemper was recently announced as San Diego’s first player after departing North Carolina by way of Houston, in a loan that the league says was not a loan.

“I’m really excited to start this new chapter with Kansas City,” Mewis said. “I know how much the city has embraced our sport and I can’t wait to meet the fans. I’m honored to be part of what this group is doing and I’m really looking forward to getting started with my new teammates. I have a lot of confidence in this team already and can’t wait to get to work.”

Pickett was the No. 4 overall pick by Kansas City in January’s draft. She played in 16 matches this year.

“We are really excited about the addition of Kiki to our locker room,” Courage interim head coach Sean Nahas said. “She’s a player who brings great energy, personality, and passion for the game, along with a fantastic technical foundation and soccer IQ. She is someone we can add different nuances to and she’ll fit well in to how we want to play. We look forward to the positive impact Kiki will bring here to Courage country.”

Berkely signed her first professional deal in January with French club Bordeaux, on a contract with runs through the end of the 2021-22 French season. She won a national title while at Florida State and was named ACC Defensive Player of the Year in 2019 and 2020.