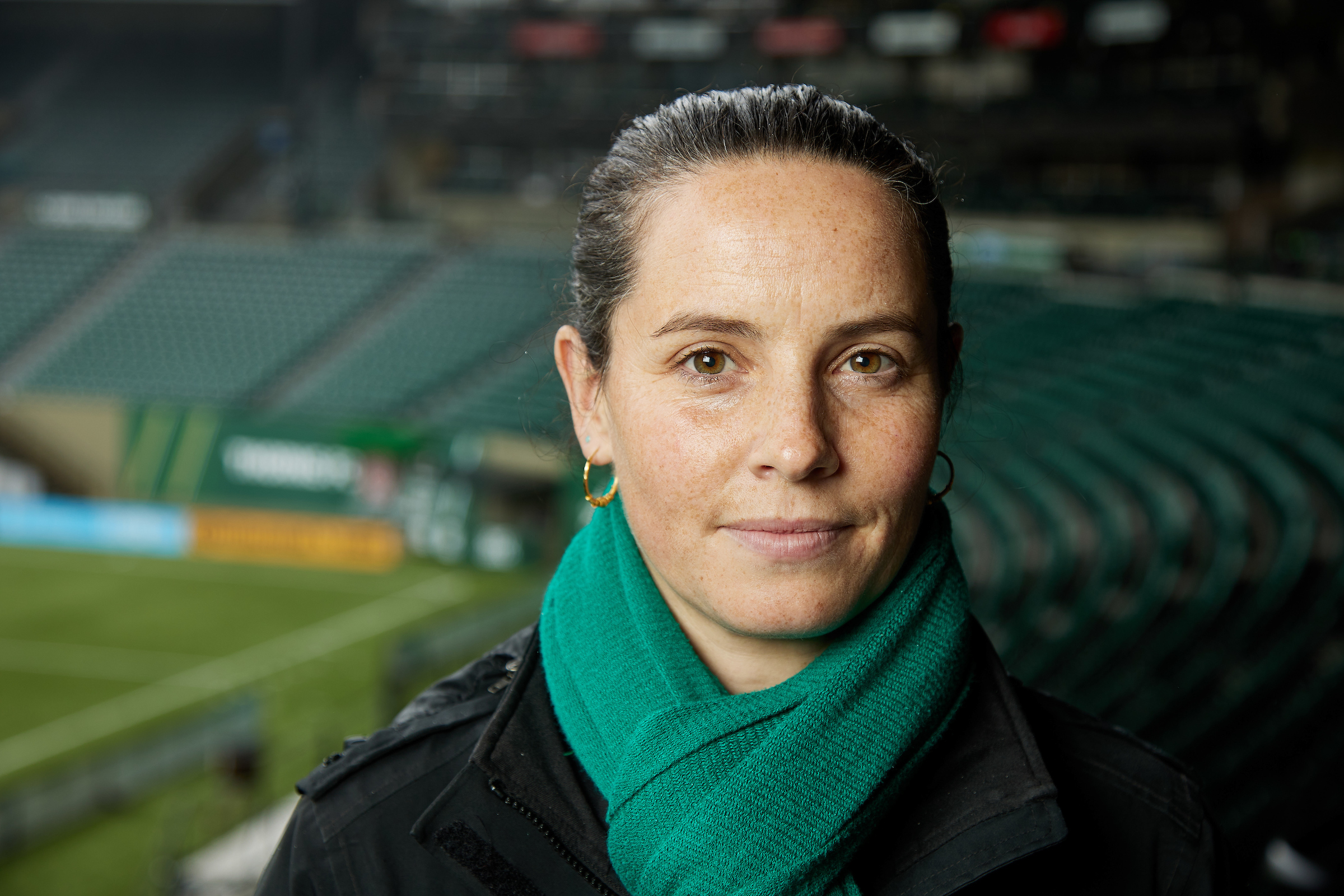 Rhian Wilkinson was officially named the new head coach of Portland Thorns FC on Monday. The former Canada international takes over as the club’s fourth head coach following the departure of Mark Parsons for the Netherlands women’s national team job.

“I know that I am inheriting a successful, winning culture on and off the field, and I have immense respect for what everybody at the club has built,” she said. “This team has a strong foundation with not only top players but great people. For me, it is a privilege to have the opportunity to join this club and organization, and I am looking forward to getting to know Portland again.”

In Portland, Wilkinson will be reunited with former Canada teammate Karina LeBlanc, who was recently named general manager of the Thorns. Parsons’ impending departure was announced in May, leading to a lengthy process which saw the Thorns narrow a shortlist of over 10 candidates (as was first reported by The Athletic) down to a final three, as one source familiar with the situation told The Equalizer. LeBlanc was only announced as Thorns general manager on Nov. 1, a development which took place quickly to transition her from her role as head of women’s football at Concacaf.

Wilkinson, 39, will also be reunited with former Canada teammate Christine Sinclair — the 38-year-old who still captains Canada and the Thorns.

Wilkinson earned 181 caps for Canada, winning two Olympic bronze medals (2012 and 2016), and appearing in four World Cups. She played her final professional season as a member of the Thorns in 2015, although her time was limited due to injuries and international duty. Wilkinson announced her retirement in January 2017.

Coaching was part of Wilkinson’s future even while she was still playing. She first worked with Canada’s youth national teams, under the wider guidance of then Canada women’s head coach John Herdman, in 2014. Wilkinson currently holds her UEFA A and B licenses.

“The hiring of Rhian is a testament to the work and dedication the players, staff and organization put into this coaching search,” LeBlanc said. “Culture is at the core of this team’s success, and Rhian is a culture-first coach, who I believe can navigate and lead us where we want to go.

“Since leaving the field, Rhian has quickly accrued valuable coaching experience and knowledge at the international level, helping her stand out in a deep and competitive candidate pool. She knows how to challenge players in an inspiring, motivating and honest way and she will bring integrity to the role, while being a player-first person and coach.”

Confirmation of Wilkinson’s hire fills up one spot in the National Women’s Soccer League coaching carousel which has seen nine of the 10 teams which competed in the 2021 season change coaches since the start of July. The most recent opening occurred in Kansas City, where Huw Williams is shifting to a talent identification role, The Equalizer reported last week. The Chicago Red Stars, North Carolina Courage, Racing Louisville FC, and 2021 NWSL champions Washington Spirit are all still in need of head coaches. North Carolina, Louisville, and Washington all had interim coaches to end the season but have not made any announcements about their futures or the full-time gig.

The Equalizer also reported on Monday that the Orlando Pride plan to hire UCLA coach Amanda Cromwell as their head coach.

Abby Dahlkemper is happy to be home — in San Diego
Sources: Orlando Pride to hire Amanda Cromwell as head coach