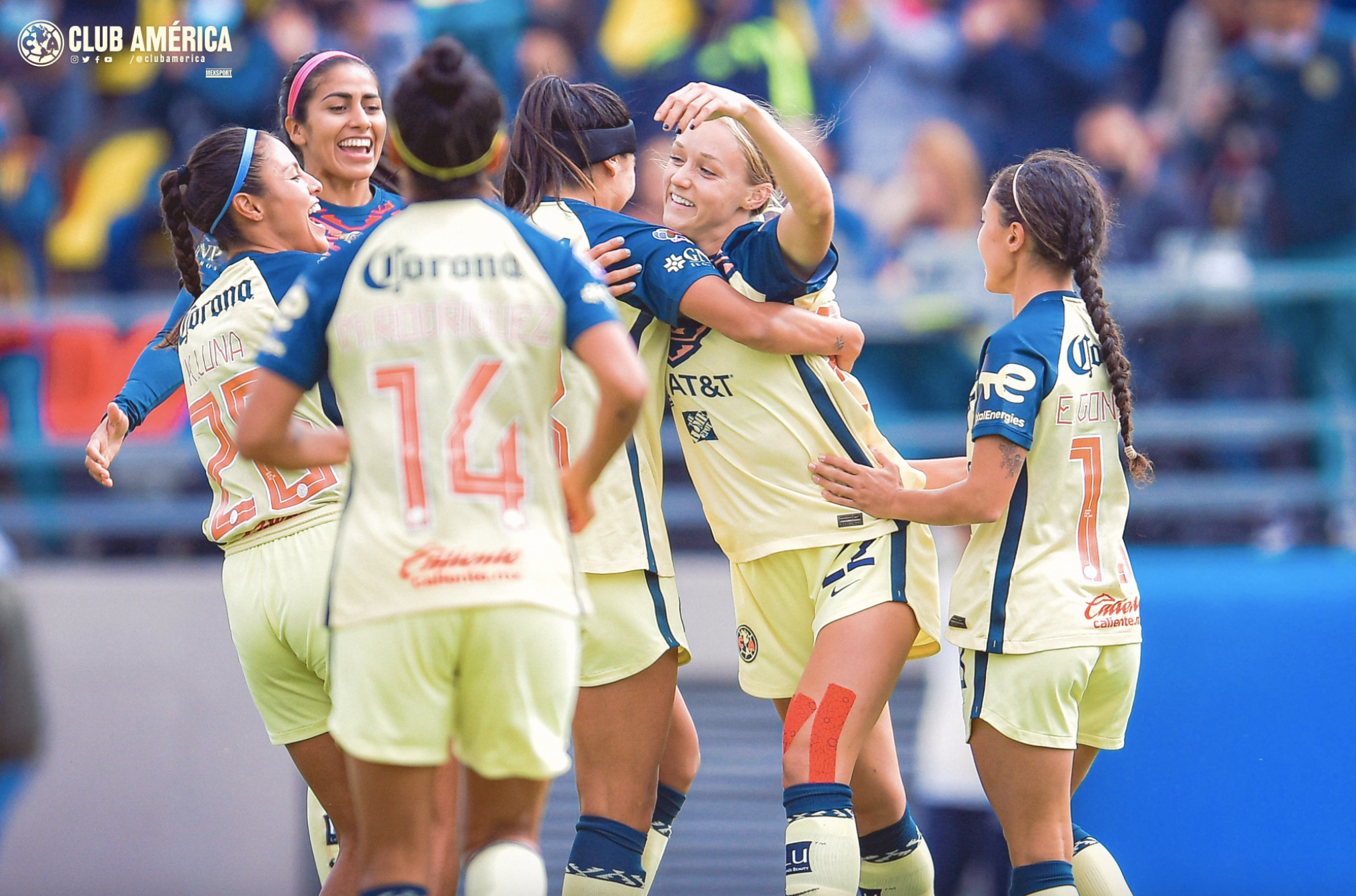 Last week, the Liga MX Femenil Liguilla playoffs were set with the top eight teams clinching spots. This week, the order had one flip, with Santos Laguna tumbling down to sixth place and Club America moving up a spot. We break down what happened in the final Apertura regular-season week in Mexico.

Club América jumped up to fifth place after a victory over Club León, and a loss from Santos Laguna. América dominated León, a bottom-table team. Sarah Luebbert, who is on loan from the Chicago Red Stars, scored in the opening minute, picking up the ball inside the box as León was unable to clear and striking past goalkeeper Diana Sanchez.

Daniela Espinosa tallied two goals in the first half — in the early first half, that is — and one in the second half for a hat-trick performance. Her sixth minute goal indeed went over the line, as León defender Victoria Swift stood on the goal-line but did not have the proper timing to clear the ball. Three minutes later, Espinosa found the back of the net again, scoring on a penalty kick.

In the second half, her hat-trick was completed with a right-foot strike that went off Sanchez’ fingertips and into net. Espinosa was surrounded by two León defenders, but still managed to get her shot off cleanly.

Club León did get on the board in the 27th minute, thanks to a Marta Cox goal run, controlling the ball as it bobbled up and down.

Santos Laguna did not have a favorable final week matchup, taking on reigning champions, and first-place, Tigres. Santos goes into the playoffs down a spot now, and also on a three-game losing streak.

Tigres scored both goals in the second half. Lizbeth Ovalle got on the board first, in the 52nd minute, after a free kick bounced around the box and eventually fell to her. Captain Sandra Mayor scored the second and final goal after a cross from Ovalle found Mayor inside the box.

Tigres took the top spot, but Monterrey was hot on their heels the whole time.

Looking Ahead: Apertura Playoffs Round 1

*As of right now, there is no TV listing set for the Liguilla. We will update if it becomes available.