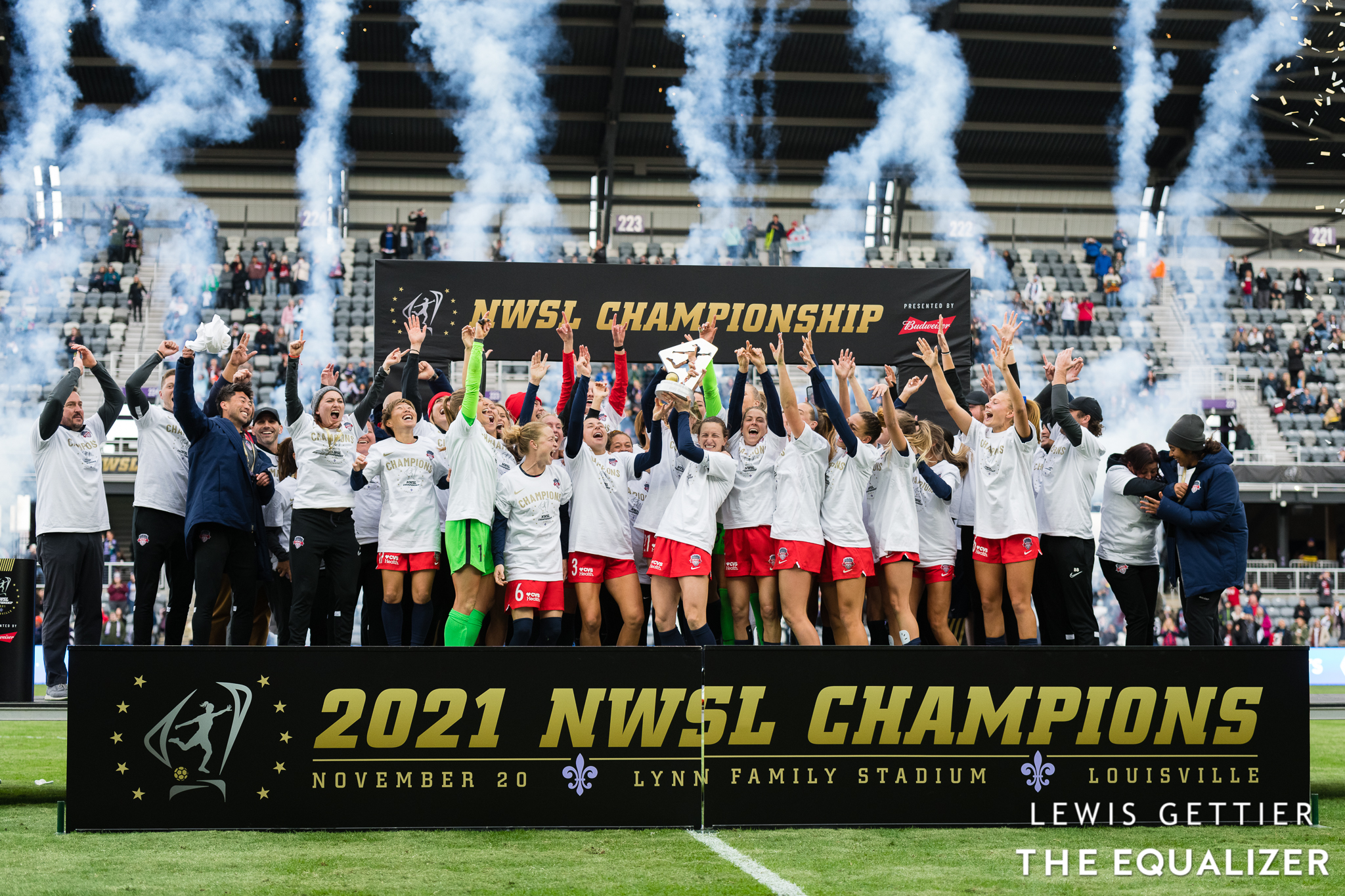 Kelley O’Hara scored the NWSL Championship winning goal to secure the title for the Washington Spirit on Saturday over the Chicago Red Stars.

The Skinny: After a cagey first 45 minutes with not much to show from either side, the Red Stars took the lead in first half stoppage time. Arin Wright beat O’Hara down the left wing, and delivered a driven cross in towards the goal. Rachel Hill was able to beat her defender Tara McKeown at the back post for the header and the lead.

Chicago had to make some early substitutions due to injuries, with captain Vanessa DiBernardo exiting ten minutes in, and Mallory Pugh (who was back after missing the semi-final due to COVID protocols) exiting for the second half after taking a knock before the break.

Washington equalized in the 67th minute, when Tierna Davidson fouled McKeown in the box and conceded a penalty kick. Andi Sullivan stepped up to the spot and converted, though it was close, as Cassie Miller got down and guessed the right direction.

With things level, extra time was in the cards for the match. In the first 15-minute period, Trinity Rodman – who was dangerous throughout – delivered a floated cross in towards O’Hara at the back post. O’Hara beat her defender, and headed it past Miller for the lead.

Bledsode was forced into action late, when a misplaced header at the back by Washington fell onto the foot of Makenzy Doniak. Doniak tried to place her shot passed Bledsoe, but the Spirit keeper was equal to the task, and saved the match from heading to penalty kicks.

One Key Moment: O’Hara’s winner earns moment of the match. Though she was turned around on Chicago’s goal in the first half, O’Hara redeemed herself entirely with her perfectly timed run and expert header to finish Rodman’s cross. And what a celebration!

Inside the Game: For the most part, the first half of Saturday’s match lacked tempo, as both teams defended well and struggled to connect passes offensively. But the late first half goal from the Red Stars seemed to shock the Spirit to life after the break.

Rodman was dangerous from the get-go in the second half, as she hit the post with a rocket, and minutes later put a header just wide of goal. With the Spirit’s pressure not letting up, you could see the equalizer coming from a mile away. Davidson will be disappointed with her conceded foul, as her lunge in the box while defending McKeown got no ball and all leg, leading to the deserved penalty kick. Sullivan’s spot kick came close to being saved by Miller, but the Spirit captain’s conversion narrowly made it under the keeper.

Late in the second half and into extra time, it was apparent what Chicago was missing with the absence of DiBernardo and Pugh – as well as Kealia Watt, who was injured in last weekend’s semi-final. The Red Stars just did not have much firepower to influence the match throughout the second half, aside from the late chance in extra time by Doniak.

On the other end, O’Hara’s goal made her the oldest player – at 33 – to score in an NWSL Championship match (Jessica McDonald previously held this record, at 31).

The win was a historic first for the Washington Spirit, who have been in the league since its inception in 2013.

A totally serious, definitive analysis of the 2021 NWSL Championship
Rodman takes over, Chicago’s injuries, and midfield strength: How the Spirit won their first NWSL title